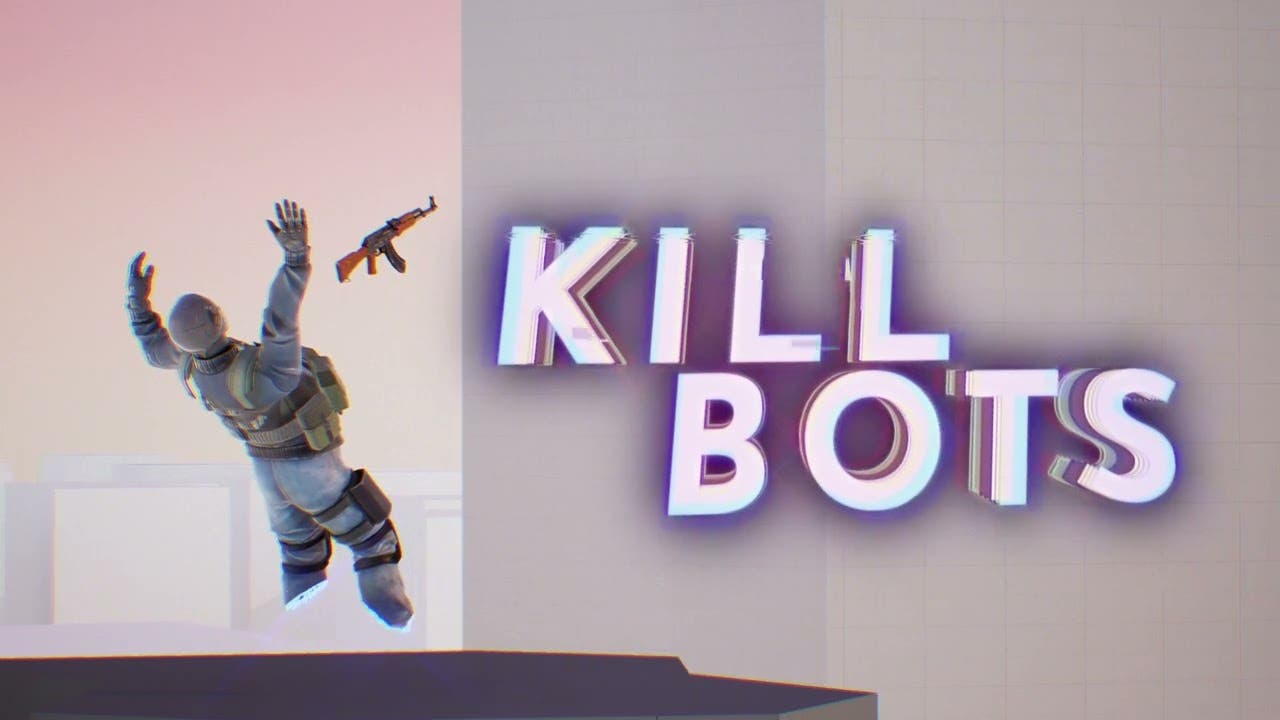 Derby, UK (18th August, 2022) – BULKHEAD, creators of BATTALION and The Turing Test, today have announced KILLRUN. A run n’ gun parkour speedrunner where players race to set the best times and create the fastest routes to the checkpoints. Smash the hard to beat pro times on every level and unlock new weapon packs as you progress through a prototype playground of addictive FPS mechanics.

KILLRUN is a prototype playground. It does what it says on the tin, killing the robotic AI of the Phantech corporation while running as fast as you can through an infected simulation. KILLRUN is the project where BULKHEAD have honed their movement and gunplay; working as a company to develop what they call the ‘Feelback’ of every step you take and bullet you fire.

Nevertheless, KILLRUN is much more than just another shooter. It’s a prototype playground for the wacky ideas that devs come up with. The ideas that could be a game in themselves but more than anything need to be in players’ hands!

BULKHEAD will be regularly updating the game with new map packs, mechanics, weapons, and modes. KILLRUN features global & friends only leaderboards to compete for the fastest run times in our addictive Trackmania meets Call of Duty first person shooter on Steam.

Our first KILLRUN mode brings the best of speedrunning optimisation, FPS dexterity & speedy mechanical skill together into one tight feeling shooter. Every aspect of the game has been finely tuned for the aim training & movement fanatics of the FPS genre – boasting: high frame rates, flat shaded environments to help highlight enemy targets you can snap your aim to, and even movement training modes to help optimize your play.

KILLRUN’s addictive core gunplay was based on a mod to Call of Duty 4’s community made modification ‘Promod’. BULKHEAD originally started the KILLRUN project as a multiplayer revival of that same modification. However, they have since shelved the multiplayer aspect to focus on releasing KILLRUN as a dedicated single player experience and finalising its newest title WARDOGS: King of The Hill as they turn their sights to the under-served Battlefield audience.

Off the back of very recently announcing & releasing multiplayer WW2 shooter throwback ‘BATTALION: Legacy’ yesterday, the studio has released ‘KILLRUN’ for the wallet friendly price of £3.99 / $4.99 on Steam, available August 25th!

“Releasing KILLRUN has closed a chapter for our studio, as we transition from an indie developer to a larger, more professional studio. KILLRUN was born out of our passion project ‘Promod’. The fluidity you’ll experience as a player is the signature ’Feelback’ and foundation for every FPS game BULKHEAD releases in the future.”