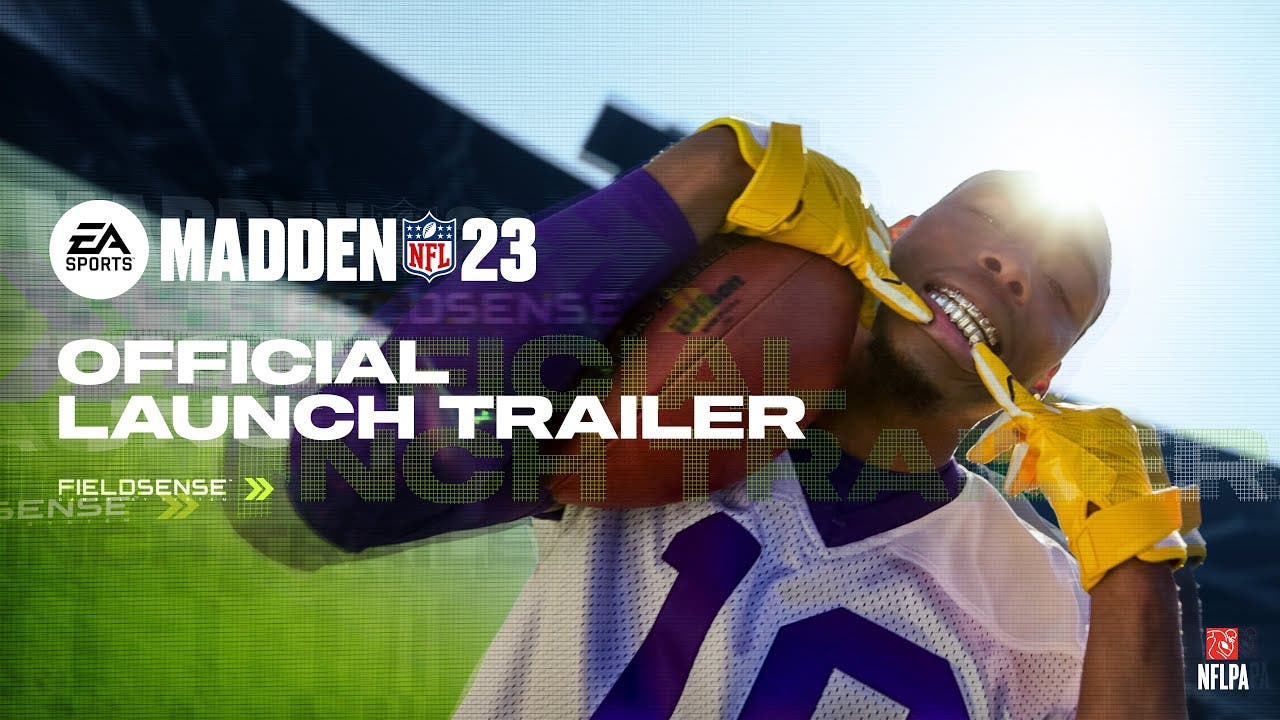 Fans across the world have experienced FieldSENSE and the new foundation for consistent, ultra-realistic gameplay that it sets through early access and now everyone is welcome to showcase their skills on the sticks through the new level of control it brings. FieldSENSE delivers deeper realism on the field through animation branching technology that enables Hit Everything to redefine interactions on defense, while new mechanics such as 360 Cuts allow players to change direction on a dime with ball-carriers, and Skill Based Passing offers players complete control to place the ball exactly where they want. Plus, improvements to core gameplay systems bring a new level of balance with upgrades to defensive coverages, the pass rush, and containing mobile quarterbacks.

“Coach Madden’s enduring love for football has forever shaped the sport, and all of us are deeply proud to continue welcoming millions to experience that passion through Madden NFL,” said Cam Weber, EVP and Group GM of EA SPORTS.  “We’re eager to introduce a new generation of fans to the groundbreaking levels of authenticity and realistic gameplay in Madden NFL 23, all inspired by Coach Madden.”

Accurately representing the sights of the NFL and its players, via EA’s partnership with the NFL Players Association and OneTeam Partners, is central to Madden NFL. In Madden NFL 23, new Player Body Types, new player and coach likenesses, and gear rebuilt using new NFL player full body and game day scans elevate authenticity throughout the game. Franchise Mode benefits from all-new Free Agency and Contract enhancements with the addition of Player Tags and Motivations that help drive players decision making, improvements to Scouting, and better Trade Logic. While Face of the Franchise: The League, allows fans to choose between five skill positions to build a legendary NFL career as they strive to join the Madden NFL 99 Club. In Madden Ultimate Team™ fans can explore simplified team building and compete when they want as they create their most powerful roster of current and legendary NFL stars. The Yard and Superstar KO both return for players looking for quick, fun play with friends where the normal rules do not apply.

Madden NFL 23 Mobile returns for its ninth season with the most authentic and immersive NFL experience on mobile. Players will be treated to an array of gameplay and visual improvements including progression that carries over from year to year; an updated trade portal to level up your team; and mobile-first visual enhancements like new body sculpts, weather settings, jumbotron animations and lighting.

The Madden NFL 23 Championship Series (MCS) qualifying kicks off Saturday, August 20 as players compete for a spot in the Ultimate Kickoff. Tune in on September 7 and 9 to see who will win the first MCS Major of the season on Twitch and YouTube. Registration remains open for interested players aspiring to one day become an Ultimate Madden Bowl champion and can SIGN-UP HERE. See Official Rules for details.