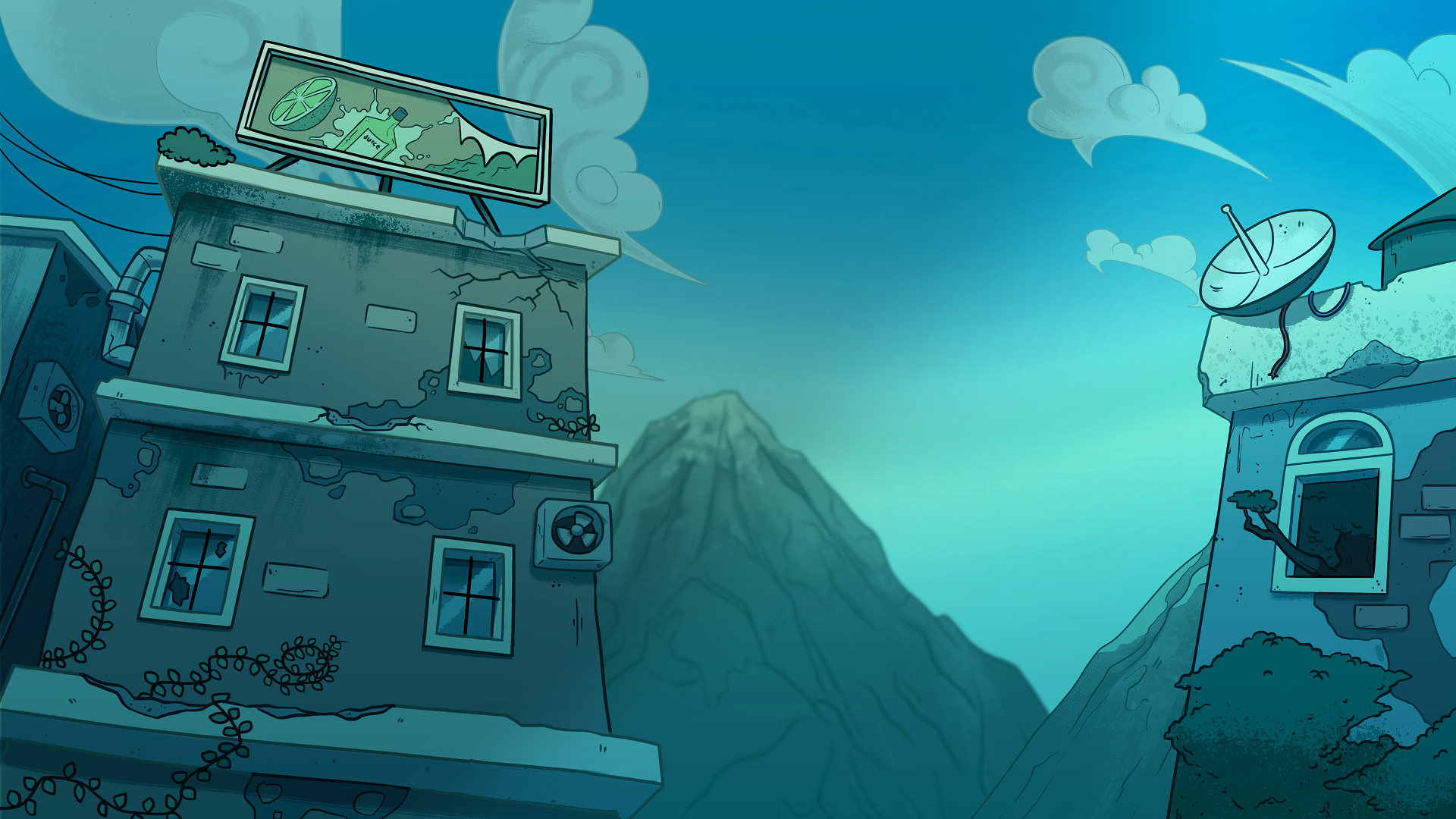 Like No Other: The Legend Of The Twin Books Review

There’s always a first, whether it be your first adventure, first game, or even your first adventure game. This is a modernized point-and-click where interactivity is key, but all of your movement is done with key presses or a joystick. Like No Other: The Legend Of The Twin Books could serve as an introduction to adventure games or just games in general. It’s a casual, but thoughtful game that deserves attention and recognition. Whether it was the art or the puzzles, Actoon Studio is as clever as they are brilliant. Like No Other: The Legend Of The Twin Books is a short yet wonderful adventure I hope we get to see more of.

“Adventure is out there!” once exclaimed an old man in a movie that we all know. So true is it for the old man here, Dan is a first-time adventurer who sets out to find a lost treasure in the form of a book. The world is in an apocalypse, one where earthquakes are commonplace. Dan not wanting to waste any more time, heads out to retrieve the book of legend before it is lost for real. While the details are light, and the game keeps things to a minimum, it’s enough to hook you. Taking place place across two large areas, it optimizes not wasting your time exploring things that don’t have any consequence by keeping you on-track. It’s a real light-hearted look at the apocalypse, while keeping things moving.

This is a point-and-click adventure game where you move with WASD or a controller, yet still interact with objects using a mouse. It’s a simple control scheme that anyone can understand and use. For some elements of the game, there’s a clever use of rotating the mouse that I really appreciated. You even get behind the wheel of your vehicle a few times for some puzzle sequences that you don’t normally see. You’ll be dragging wires, pushing furniture, corralling robot vacuums, and turning cranks throughout your time here. There’s an inventory you maintain, with a fast and neat animation when going in and out of your backpack. It feels like a classic point-and-click without following all the rules.

Since this is an adventure game, you will be solving quite a few puzzles, and none of them are real headscratchers. Should you get stuck, you will be given some light hints from time to time if you aren’t making progress. But there isn’t anything advanced or overt, so you won’t be spoiled accidentally or even if you wanted to. One instance I was interacting with objects that weren’t related to my current task. What it really was, is that I got into an area I simply wasn’t ready for yet, so the game didn’t present anything to me. It’s clear to me that the game has safety nets to prevent sequence breaking of events. It’s a great benefit to know, but it has a cost of knowing a solution but not being able to complete it. Now I did manage to brute force an early puzzle, but I’m not sure if there was any other way to do it; Luck does seem to be an okay resource to utilize here. When you complete your current objective, you will be given the next milestone to follow, and beyond that, the game doesn’t want to hold your hand. And I think a lot of the game is intuitive for anyone.

You’ll find one form of collectibles here, ten for both of the locations you visit, and they take the form of cylindrical caches. They even make a helpful pinging noise as you get closer to them, to make things easier. Even with that, these caches seamlessly blend into the environment. Given that the studio’s prior game being around hidden objects, there definitely feels like there’s a nod to Wind Peaks in here. Actoon Studio’s gorgeous artwork continues here. The developers took inspiration from Disney’s “Gravity Falls” and Netflix’s “Hilda”, and it’s executed so wonderfully. The accompanying animations for your character’s movements is also really fun to see in action, as-is the other things that happen around you. If you take anything away from this, it’s how gorgeous and vibrant its visuals are as you play it and interact with each thing. It all comes together so well.

There is spoken dialogue in the game, which I wasn’t expecting this time around. The voicework only consists of two actors, but both play their parts really well, and it was always a joy to hear. I did find that some of the reactionary dialogue for objects that aren’t important, can be a little off. He’d say things like “There’s nothing in this closet!”, but I’m actually clicking shelving. Or there were times where Dan would say “This is garbage!”, but hilariously I was clicking on someone’s artwork. It’s not always right, and good for a chuckle, but harmless in the grand scheme of things. Actoon Studio gets so much right, and it fills me with joy to recount my time. Now if I were to make one complaint, is that it’s too short of a runtime. The Steam page suggests about two hours of gameplay, and I rolled credits in 90 minutes. While accurate, I felt like I just got going when things wrapped up. I certainly hope there’s DLC or a sequel planned, because I’m rather invested in seeing more of Dan and this world that crumbling. Like No Other: The Legend Of The Twin Books really is like no other, it’s just an honest-to-goodness game that you should definitely check out.