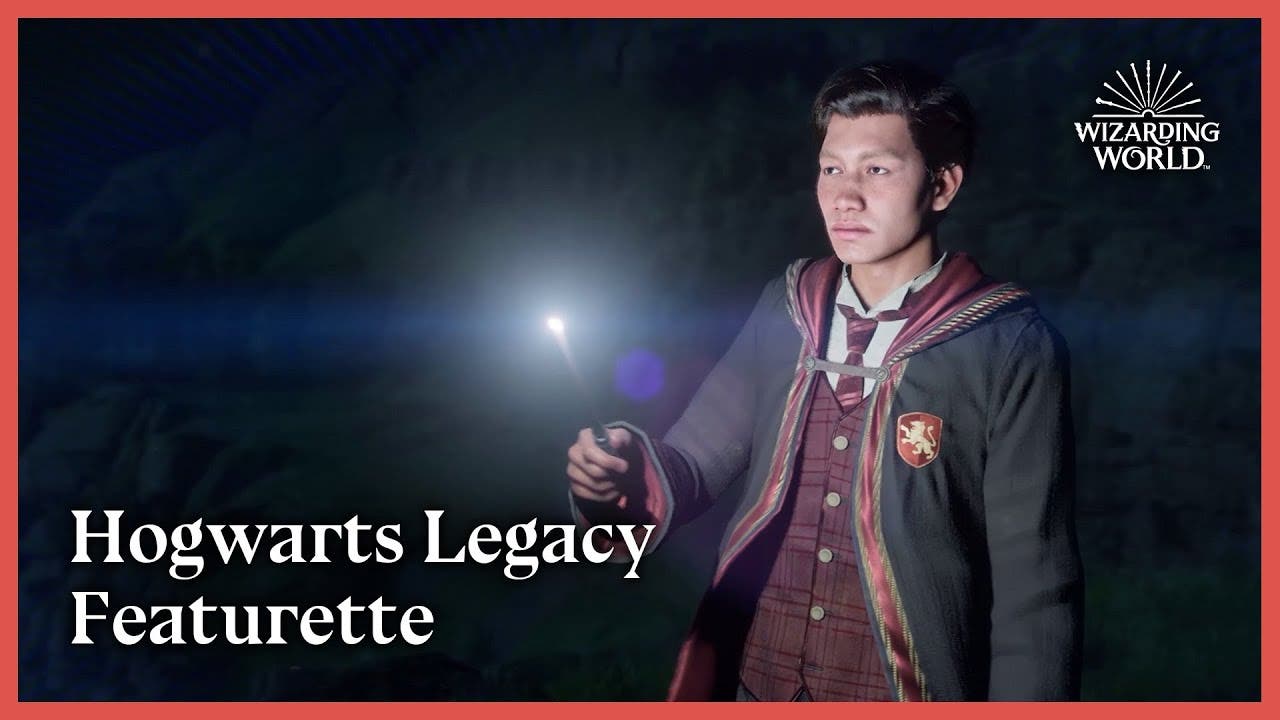 Sept. 1 marks the beginning of Back to Hogwarts, the much-loved annual tradition for Wizarding World fans around the globe celebrating the day Hogwarts students catch the Hogwarts Express and return to school for the new term. During today’s Back to Hogwarts celebrations, fans could tune in to watch Back To Hogwarts 2022 – A Look Ahead a special presentation crammed full of news and updates, highlighting some of the exciting things the Wizarding World has in store. An unexpected Hogwarts Legacy easter egg was unveiled in a side quest to castle ruins, the same ruins seen in the Hagrid’s Magical Creatures Motorbike Adventure ride at The Wizarding World of Harry Potter inside Universal Orlando Resort’s Islands of Adventure. It is just one of the many references hidden in Hogwarts Legacy for eagled-eyed fans to discover.

In celebration of Back to Hogwarts, Warner Bros. Games today announced that Wizarding World fans can link their Harry Potter Fan Club account with their Warner Bros. Games account to import their house and wand into Hogwarts Legacy. Based on the Harry Potter Fan Club’s official Sorting Experience, together with the Wand Ceremony, players can bring their authentic self into Hogwarts Legacy. Linking accounts will also unlock a Beaked Skull Mask and exclusive “House Fan-Atic School Robes” in game, a special set of robes so players can represent their Hogwarts house with style.

Additionally, there was a look at the entrances and interiors of the house common rooms at Hogwarts School of Witchcraft and Wizardry.  Starting with Slytherin’s entrance hidden behind a slithering arch of a stone serpent, through the lavish Gryffindor common room set in one of the tallest towers, and the warm, brightly lit Ravenclaw lounge, to the not often seen Hufflepuff common room bathed in natural sunlight through a skylight, players will have plenty to explore in the game.

Players can head to wizardingworld.com/legacyconnect to connect their account and receive the special in-game items when Hogwarts Legacy releases for PlayStation®5, PlayStation®4, Xbox Series X|S, Xbox One, PC and Nintendo Switch.

For more information on how to pre-order Hogwarts Legacy, visit: www.hogwartslegacy.com

Published by Warner Bros. Games under the Portkey Games label and in development by Avalanche Software, Hogwarts Legacy is an immersive, action, open-world role-playing-game set in the 1800’s wizarding world. Beginning as a fifth year, players will embark on a journey through new and familiar locations, explore and discover magical beasts, craft potions, master spell casting, upgrade talents and customize their character to become the witch or wizard they want to be.

Hogwarts Legacy is scheduled to launch worldwide for PlayStation®5, PlayStation®4, Xbox Series X|S, Xbox One and PC on February 10, 2023. The Nintendo Switch release date will be confirmed at a later time.