UNDETECTED is a Metal Gear Solid 1-like stealth-action game, releasing at the end of September

7 SEPTEMBER, 2022 – Indie publisher Digerati can announce today that top-down stealth action game UNDETECTED will launch 30th September on Steam, Epic Games Store, GOG and other PC storefronts, priced $14.99. A new UNDETECTED trailer has also been released and can be watched below.

Created by Mexican developer Merlino Games, UNDETECTED is the studio’s second stealth-focused project, following its 2021 debut, The Chameleon. UNDETECTED offers classic, top-down stealth action against the backdrop of corporate conspiracy in a turbulent near-future divided by social and political unrest.

Players take the role of Tenoch Kaan, an expert in non-lethal infiltration and agent for the revolutionary group, Los Desplazados. Players must use stealth tactics to sneak past guards and avoid detection. Kaan’s cybernetic eye enhancement allows players to survey their surroundings, while a selection of non-lethal bullet types and explosives can be used to help Kaan stay one step ahead of the enemy.

Yucatan, Mexico – June 07, 2063. A cell of the revolutionary group ‘Los Desplazados’, including their leader Gloria, has gone missing while on operations around the site of the Chicxulub Perpetual Energy Station.

Tenoch Kaan, a Desplazados rebel and reformed agent of the shadowy CIMACORP group, is deployed to find Gloria and her team. Fitted with the latest in biotechnological enhancements, Kaan’s mission is to find the missing Desplazados without alerting CIMACORP to his presence.

UNDETECTED is a top-down stealth game with a non-lethal-only approach. 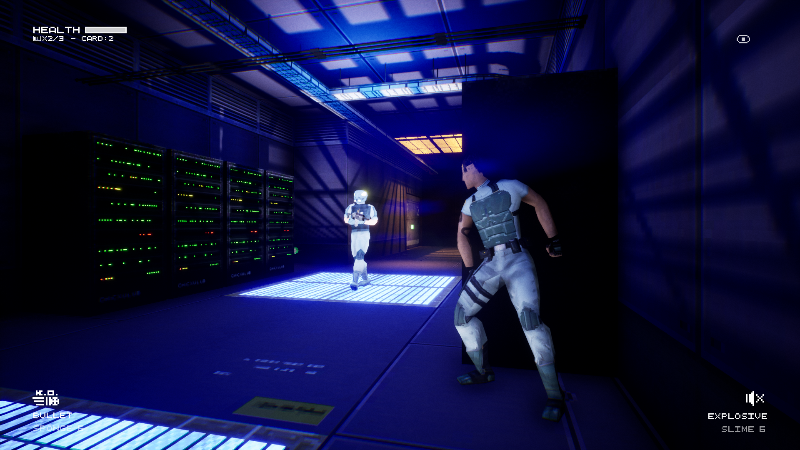 About Digerati
As a publisher, Digerati is dedicated to helping independent developers bring their creations to market and into the hands of gamers. We take care of funding, distribution, marketing and production, leaving developers to focus on what they love – making incredible games and unique experiences.
https://www.digerati.games/

About Merlino Games
Merlino Games is a Mexican game development company, founded by Antonio Freyre in Guadalajara Jalisco in 2020. Our purpose is to create games with Mexican characters. We want people like us to feel represented and hope to deliver unique products with a strong creative voice that overflows with tone and personality. https://www.merlinogames.com/