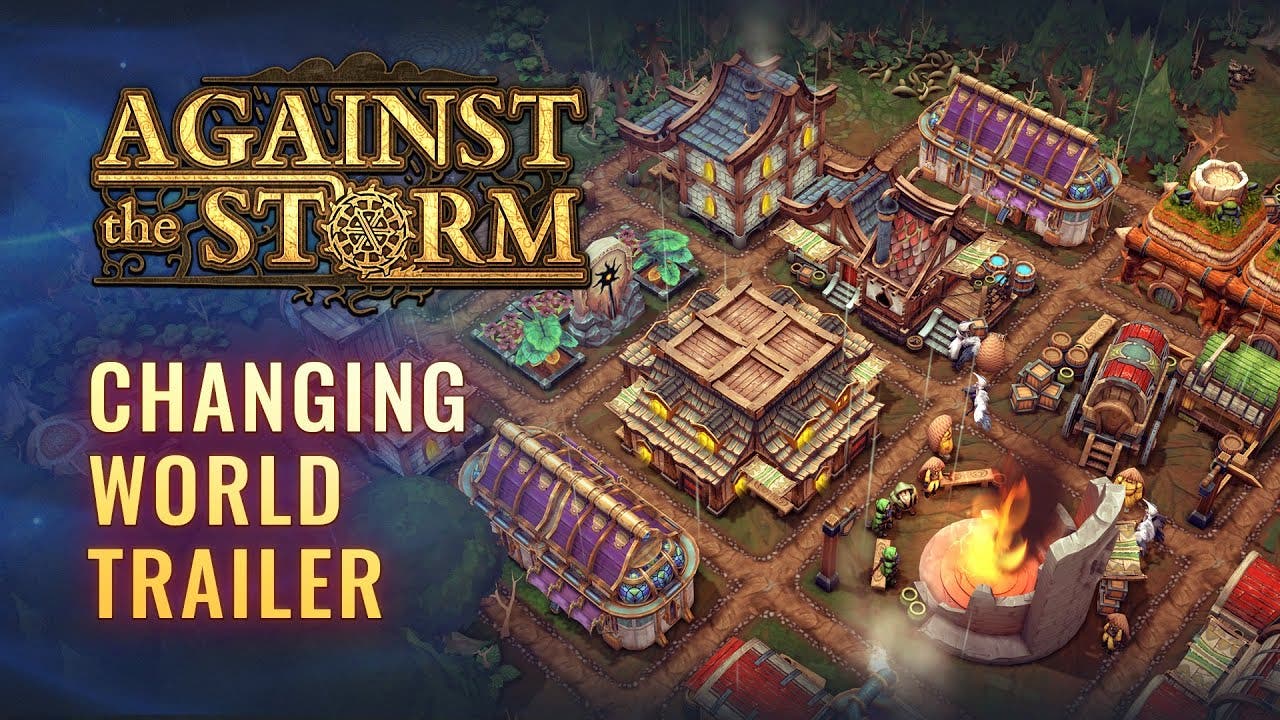 Against The Storm, the roguelite city builder adds new area with The Cursed Battlefield update today

September 8th, 2022 – When the world is destroyed by a devastating storm, how do you rebuild in the face of everlasting rain? From Eremite Games and Hooded Horse comes Against The Storm, a fantasy roguelite city builder where destruction is inevitable. With the new Cursed Battlefield update, players are invited to rediscover the Cursed Royal Woodlands, which boasts new content and significant improvements – these blighted lands hold a fresh experience for Viceroys both new and seasoned.

The Cursed Royal Woodlands area receives a complete revamp, adding more substance to the dark, wooded biome introduced nearly one year ago. The biome now features two unique effects designed to challenge and surprise players; Cursed Battlefield and Restless Spirits. The Cursed Battlefield effect reshapes the environment, providing the player with a unique spin on exploration. Players must explore cautiously, as dangerous or forbidden glades within the Royal Woodlands will not be visible.

These treacherous lands are the resting place for many lost soldiers during The Great Civil War, and these Restless Spirits will not sit idly as Viceroys fulfill the Queen’s demands. These spirits hold special requests for the players to complete (or neglect). Some requests may be trivial, such as cutting down trees or delivering goods. Others may have players questioning their own morality. No matter the nature of the request, it is wise to appease the spirits as some may seek vengeance if they feel ignored…

The update also includes a significant overhaul for Cornerstones, rebalancing over forty of the existing ones as well as introducing brand new ones into the mix. The aim is to encourage diverse playstyles and strategies when approaching new runs, as the current meta saw players often focus on the same stones, ignoring others. Last but not least, bug fixes, UI/UX improvements, and a brand new event called the ‘Harmony Spirit Altar’ round off Against the Storm’s latest milestone update.

Ready to brave the rain? Against The Storm is out now on Early Access on the Epic Games Store, with a Steam release planned for later this year.