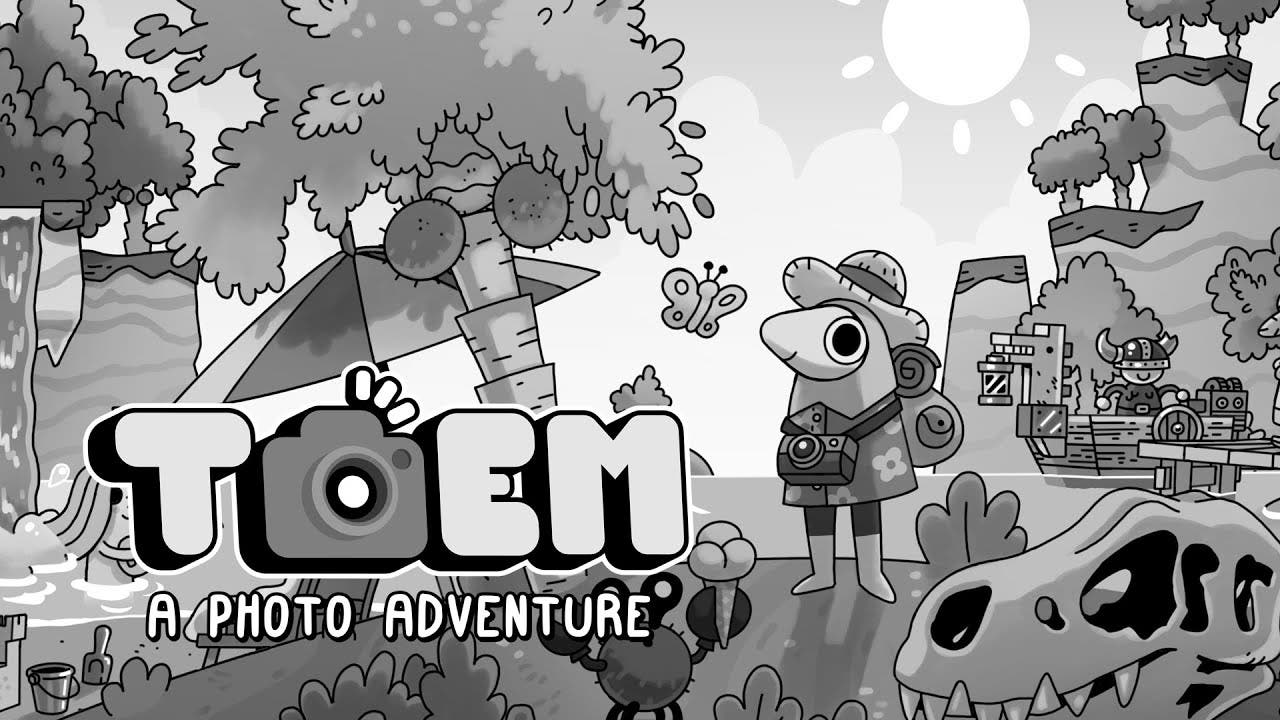 KARLSHAMN, SEPTEMBER 12, 2022 – Something We Made is celebrating the first anniversary of their BAFTA-winning game TOEM with a brand-new region to explore! Take a vacation in “Basto”, TOEM’s biggest region yet; it is filled with new quests, secrets, minigames, and animals to photograph. The content update will be available for free and will be unlocked upon completion of the main game by going back to Homelanda and talking with grandma. Something We Made is also stoked to share that the update will come with new Steam achievements and PlayStation trophies to collect!

The new update will be releasing September 16 on Steam and will be hitting PlayStation 5 & Nintendo Switch soon after. To celebrate, TOEM is also 50% off on Steam for the coming week. That’s not all! TOEM is also available for free this month to all PlayStation Plus subscribers, the perfect time to prepare for the upcoming update.

TOEM originally released on September 17 on PlayStation 5, Nintendo Switch and PC via Steam, Humble, and the Epic Games Store.

Set off on a delightful expedition and use your photographic eye to uncover the mysteries of the magical TOEM in this hand-drawn adventure game. Chat with quirky characters, solve their problems by snapping neat photos, and make your way through a relaxing landscape!

About Something We Made

Something We Made is a young and small indie game studio made up of three based in Sweden. Having all met at University, the team made up of Niklas Mikkelsen, Lucas Gullbo, and Elias Albrecht want to make cool games that are something of their own kind. TOEM is Something We Made’s first major project and won the 2022 BAFTA for Best Debut, but the team have also worked together on several previous pretty neat projects.