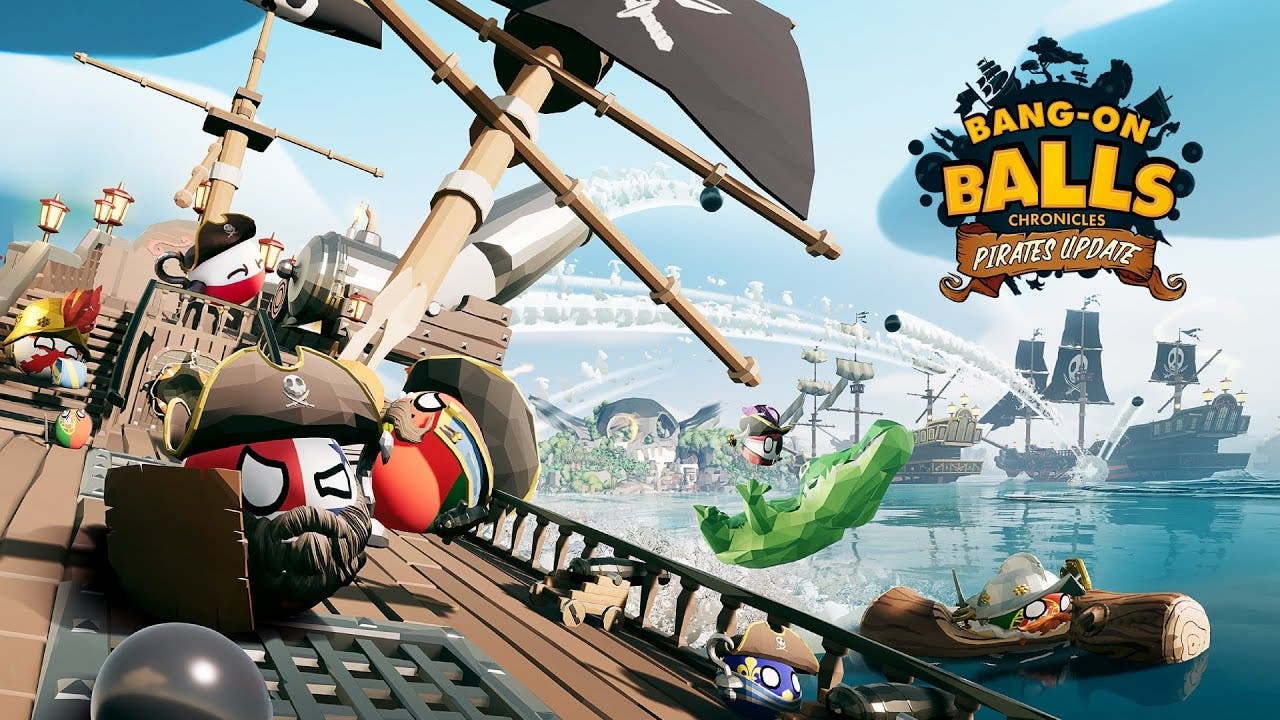 12 September 2022, Warsaw, Poland | Copious amounts of booty and balls await us all! Exit Plan Games and Untold Tales have released the next major expansion to Bang-On Balls: Chronicles. The massive, treasure-loaded pirate-themed expansion is out now on Steam and is free for all existing players.

Overall, the game has already amassed a strong community of avid players and currently has a Exit Plan Games98% Overwhelmingly Positive rating on Steam from 1400+ reviews.

The new map comes with a variety of new mechanics, features, and collectibles for players to discover.

EVERY DESTINATION IS AN ADVENTURE

It’s the 17th century and the high seas are littered with the balls of pirates, privateers, merchants, and the naval armadas of the European powers. But these contested waters are more than just a few lush islands with great real estate. Deep sea creatures, voodoo curses, skeleton armies, Spanish fortresses, buccaneer hideouts and… a pirate shopping center?… are just the tip of the tropical iceberg. The Pirate Expansion adds the biggest map in the game to date and it’s simply jam-packed with things to do and uncover!

SET YOUR OWN COURSE

In Bang-On Balls: Chronicles, you are your own compass so pick a spot on the horizon and set sail. Start the hunt for a collect-a-thon of pirate-themed items that let you customize your look, your boat, and your fighting style. Battle your way through islands packed with enemies and multiple boss fights guarding treasures, secrets, and unlockables. Hunt down and sink marauding ships roaming the waves. Plunder and demolish strongholds, hideouts, and treacherous caves. Seek out and save mermaids (merballs?). Or tattoo your balls to strike fear or admiration into the hearts of those who cross paths with you.

The new map as with the whole game supports both single-player and online co-op for up to four players. Some secrets and boss fights are designed to be triggered and played in co-op so try to grab a crew and let the looting begin!

Exit Plan is a game development studio based in Warsaw, Poland, founded by Jose Teixeira and Damien Monnier in 2019. The founders have a combined quarter century of experience creating AAA titles such as The Witcher 3, Gears of War, and Cyberpunk 2077. Exit Plan is a small team of passionate developers who create new video games with fresh concepts that are easy to just pick up and play.