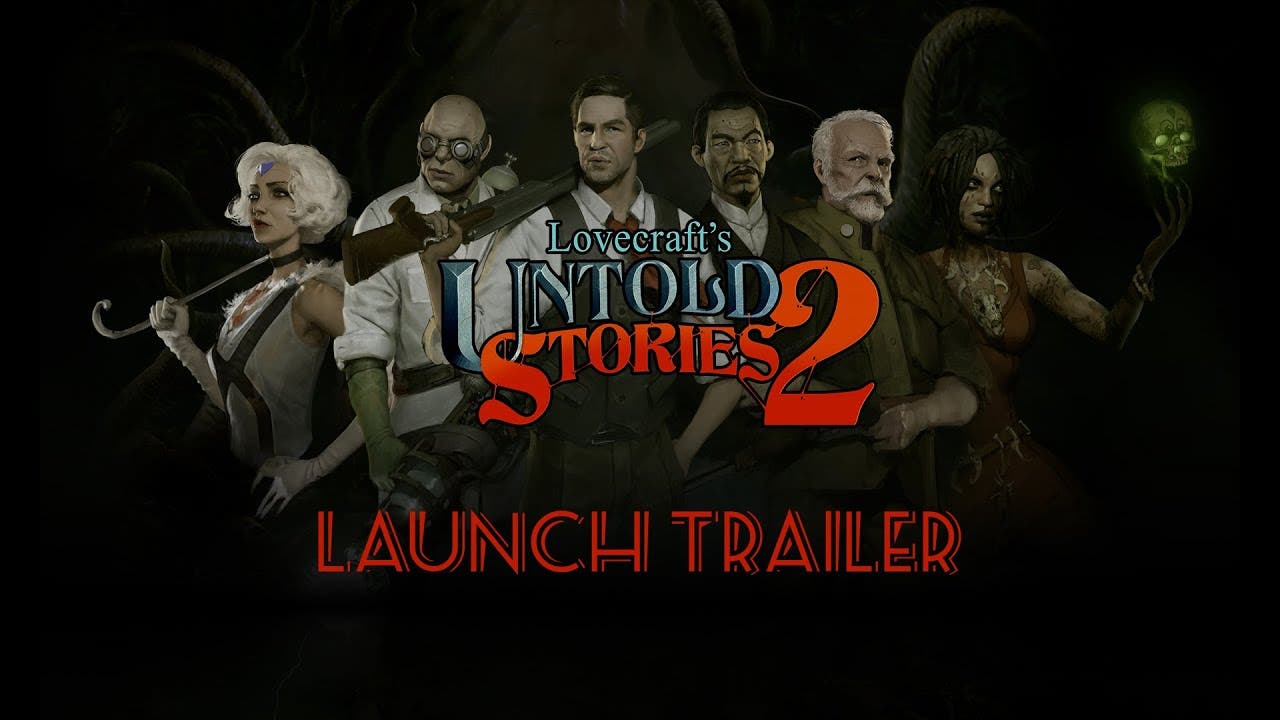 Prague, Czechia – September 13, 2022 – Fulqrum Publishing and LLC Blini Games are excited to announce that Lovecraft’s Untold Stories 2 is out now on PC. Discover a truly nightmarish rogue-like non-stop action and try to steel your mind to endure the insanity-inducing dangers.
Selecting the proper character for the job, crafting the right gear and consumables for the occasion and receiving the fickle blessing of the Great Old Ones when searching for loot will all be paramount to achieve victory. Death will be a constant companion, but any task can be tried and tried again, perseverance will surely eventually be rewarded with success.

Lovecraft’s Untold Stories 2 let’s players switch between 6 different characters which can be unlocked during their journey, each one with a different playstyle. Fan favourites from the previous instalment – the Detective, the Witch and the Professor – make their return, joined in their fight against the insanity of the Great Old Ones by the newcomers: Medium, Veteran and Alienist.

Lovecraft’s Untold Stories 2 continues the narrative of the cult classic first game, but this time players will fight against the unknown with new elements like crafting – using blueprints and resources to create consumables and even new equipment. Reunite with old acquaintances and meet new characters, explore procedurally generated locations, defend yourself against dozens of different enemies and face off against epic bosses. But beware… Lovecraft’s Untold Stories 2 is more challenging than ever before, and the tough nightmarish creatures opposing you will not give up easily!

Lovecraft’s Untold Stories 2 is now available on PC through Steam, GOG, Epic Games Store and other digital stores for $24.99 USD / 24.99 EUR / £19.99 GBP, with a 15% store discount available during the first week of release. Mac and Linux versions will be released soon after, at the same price.

The game can now be purchased on Steam, GoG or Epic Games Store and other digital stores! For more information, visit the official Fulqrum Publishing website or follow them on Facebook, Twitter and/or Steam.