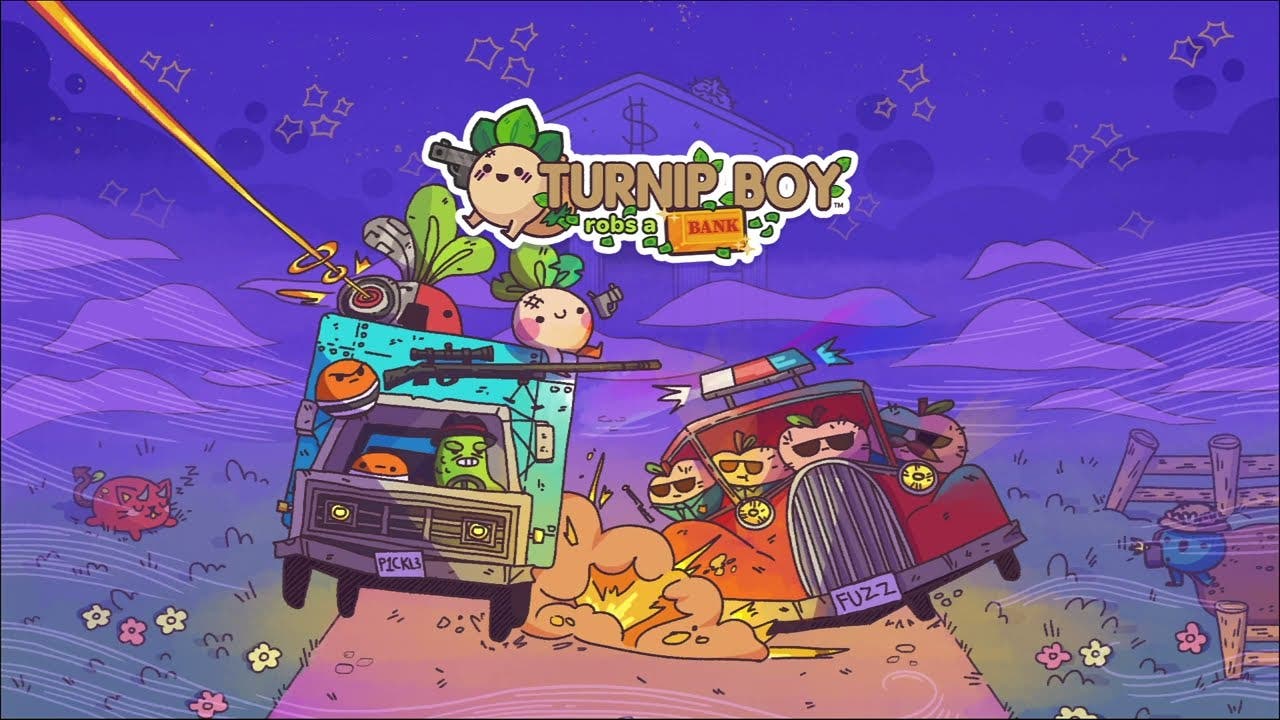 Vancouver – September 14, 2022 – Turnip Boy is ready to commit more felonies as video game publisher Graffiti Games and developer Snoozy Kazoo are pleased to announce Turnip Boy Robs a Bank. Revealed during the ID@Xbox Showcase, the comedic action-adventure game with roguelite elements will launch on PC, console, and Game Pass in 2023.

Turnip Boy Robs a Bank has players once again take control of the mischievous turnip on a quest to create mayhem. This time the career criminal is teaming up with the fearsome Pickled Gang to plan and execute the weirdest heist of all time! Shake down hostages, steal precious valuables, and explore the deep, dark depths and history of the Botanical Bank.

To pull off the perfect heist, players will need to purchase an array of dangerous and wacky tools from the dark web, including a diamond pickaxe, C4, and a radio jammer. However, bank robbing isn’t easy, so be prepared for intense shootouts with security guards, the police, elite swat teams and more.

Those looking to catch Turnip Boy in action can watch the reveal trailer at https://youtu.be/_TaQk2qvudo.