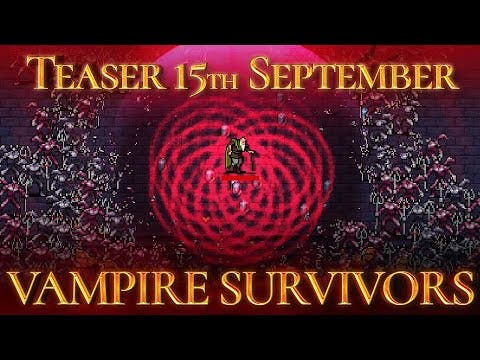 Vampire Survivors finally gets a 1.0 release date, and it’s launching at the end of the month; until then, Patch v0.11.3 out now

After weeks of anticipation and teasers, indie hit Vampire Survivors finally has a release date… for its release date! The launch date for the 1.0 version will be announced on the 29th of September.

To apologize for the amount of teasing of the big launch, developer Poncle will also release a new patch today!

Full patch notes can be found here, or see the Steam page