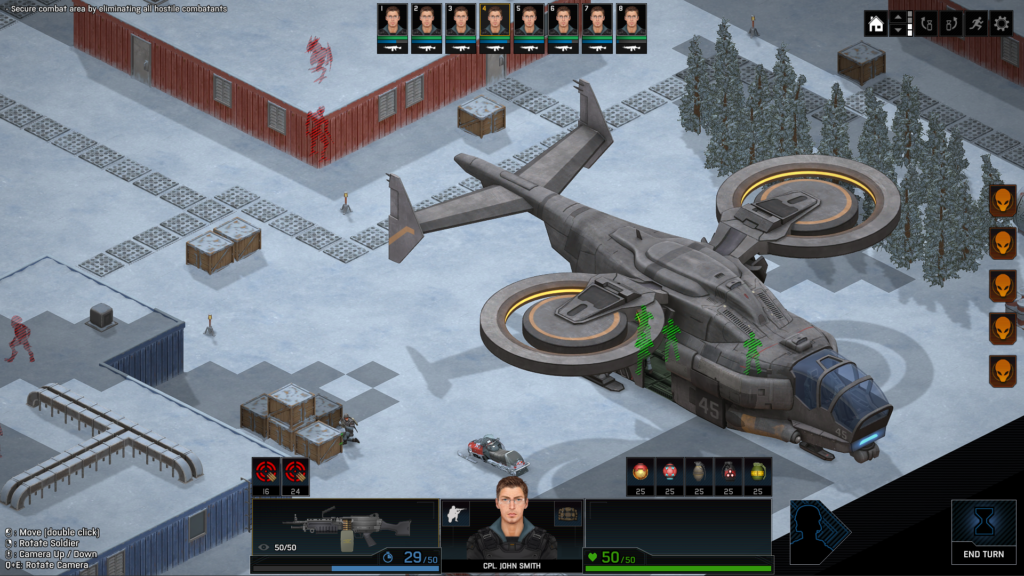 DALLAS – 15th September 2022 – Hooded Horse is excited to announce that it has signed two more titles to its rapidly growing portfolio of unique strategy, RPG, and simulation games. Xenonauts 2, the popular X-COM successor from Goldhawk Interactive; and Heart of the Machine, a new strategy/city-builder title from Arcen Games (The Last Federation, AI War 2), are now part of the Hooded Horse family.

This brings our portfolio to 17 titles, with 12 of these (including the two above) being signed in 2022 alone as Hooded Horse’s plan for world domination picks up pace. Here are some details about our new partnerships:

Heart of the Machine is a city-building strategy game in reverse – instead of beginning in empty land ready for moulding, you are instead the world’s first sentient AI, booting up in a fully-developed city that doesn’t know you exist yet. What you do from here is up to you – there are plenty of resources to exploit, alliances to be made, and squishy humans to manipulate towards whatever goal you desire. You are the machine, you have the power, and, honestly, it doesn’t matter if the humans live or die. Benevolent machine god or tyrannical AI, the choice is up to you. Heart of the Machine is due to release in early 2023.

“I’ve been an indie developer for 13 years now, and in all that time I’ve been approached by a lot of publishers,” says Arcen founder Chris McElligott Park. “In today’s market, Hooded Horse is the first and only publisher I’ve seen that is remotely a fit, and I’ve been deeply impressed by them every step of the way so far.”

“Heart of the Machine is a constellation of ideas that I’ve had rattling around in my brain since at least 2015. The technical framework we’re building, the simulation we’re running, and the other specific design elements are really something I can’t wait to show off.”

Xenonauts 2 is the sequel to the 2014’s Xenonauts, a turn-based strategy game inspired by the original X-COM. The second entry was successfully crowdfunded on Kickstarter in 2018, and has been going from strength to strength as it targets a release into Steam Early Access in early 2023. You control a multi-national military organisation tasked with defending Earth from alien invasion, and the sequel brings better graphics, an expanded research tree, as well as new aliens and a more in-depth Geoscape. While there will be plenty of tense, tactical ground engagements with the aliens, you must also manage and monitor the global picture, building up your bases, forces, and scientific understanding of this mysterious enemy.

“The whole team here at Goldhawk Interactive is very keen to work with Hooded Horse,” says Xenonauts 2 Project Lead Chris England. “Their enthusiasm and depth of knowledge of strategy games is plain. We believe this partnership will allow us to concentrate on finishing the game, while ensuring our marketing and community management is handled by people who genuinely understand what we’re making.”