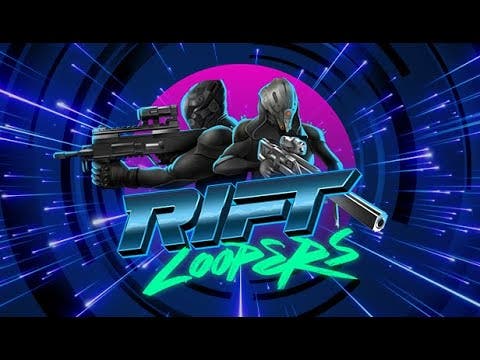 Survive the horrors of the multiverse, alone or with your comrades, as you battle against an onslaught of insectoid like creatures. Combine abilities in different ways each loop to overcome and return safely to your universe.

Rift Loopers is a twin stick shooter survival game with rogue like elements, where you will survive as long as possible against the mysterious alien insectoid race.

Fight your way through worlds lost to the insectoids on your mission to collect the resource needed for dimensional travel, the reality crystals. Dead or alive, your crystals will be returned to your dimension to be used to unlock additional weapons, characters and enhancements for your future loops.

As you mow down your foes you will level up, allow you to upgrade existing abilities or add new ones to combat the increasing power and intensity of enemy waves. Combine your active abilities with the right passive to unlock their true potential!

Complete challenges and spend your crystals to unlock additional character classes, abilities, weapons and enhancements to improve your fighting chance each loop.

KILLING BUGS IS BETTER WITH FRIENDS

Enter the Rift Gate with up to three friends in online co-op.