SKÖVDE, Sweden – September 22nd, 2022 – Vaulted Sky Games and Coffee Stain, publisher of Valheim, Deep Rock Galactic and Satisfactory, are pleased to announce a major new update for Midnight Ghost Hunt! Following its Steam Early Access Launch in March and Doll Factory update in May, players can now hunt and haunt the eerie Carnival map during the game’s first Free Weekend until September 26th. On top of these unsettling new surroundings, Midnight Ghost Hunt opens its merch store, and in the near future host migration and dedicated servers will also become available. 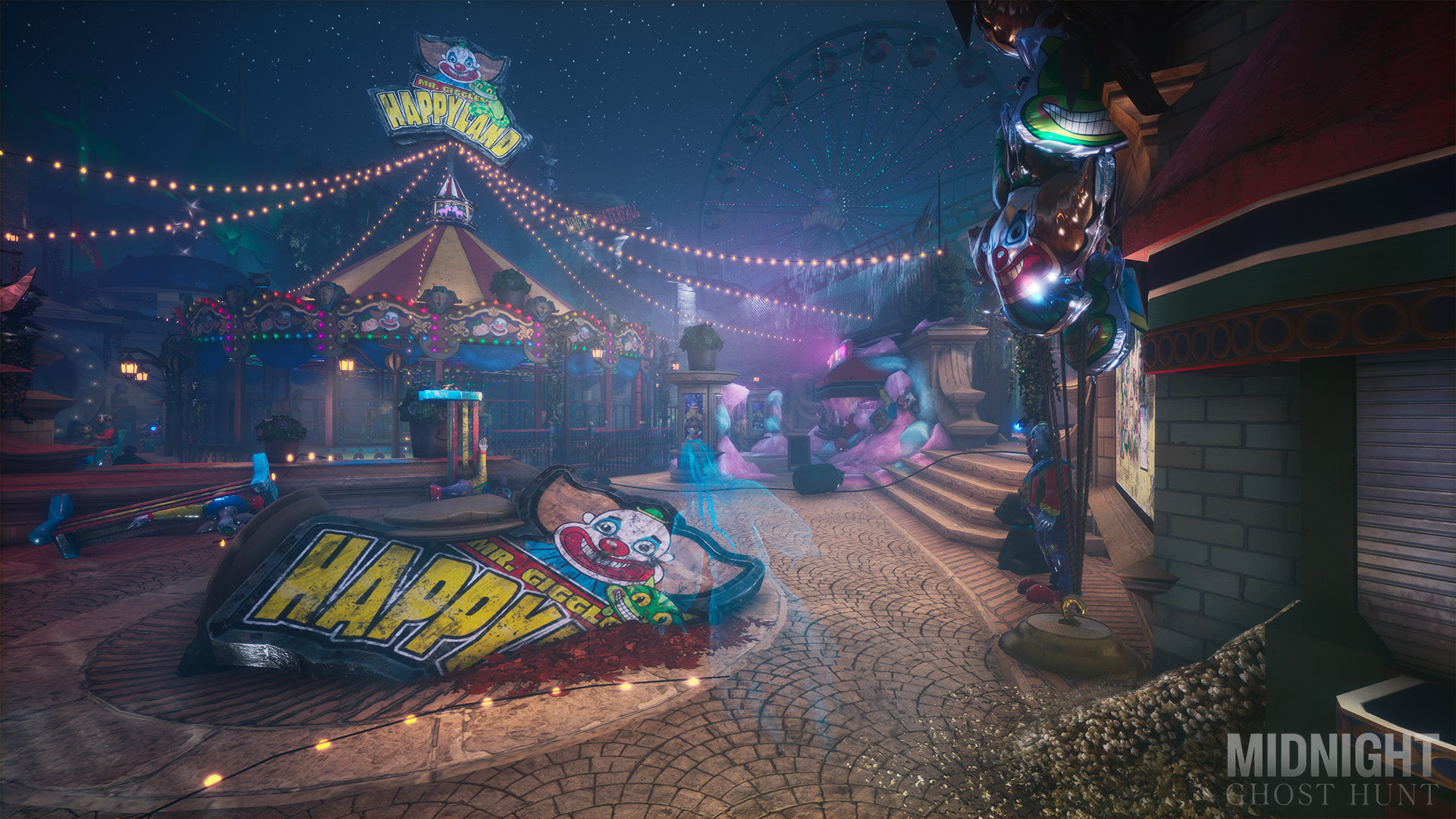 Littered with multiple Jack-in-a-Box Hero props – great for jumpscares – as well as clowns and unicycles, Carnival offers a range of different areas to explore within Mr Giggles’ Happyland. Cower in the foul monster mouth corridor of the Haunted House, snipe ghosts from the top of the merry-go-round, or zoom round the Wild West Saloon’s bumper car circuit, all backed by the unnerving musical atmosphere of off-key funfair jingles and even a self-playing piano.

Also coming with Update 2 are big changes that make matches far easier to manoeuvre. Much-requested by the community, dedicated servers are in the works, as is host migration so the lobby host can be transferred to another party member. These features will be coming very soon after Update 2 launches. 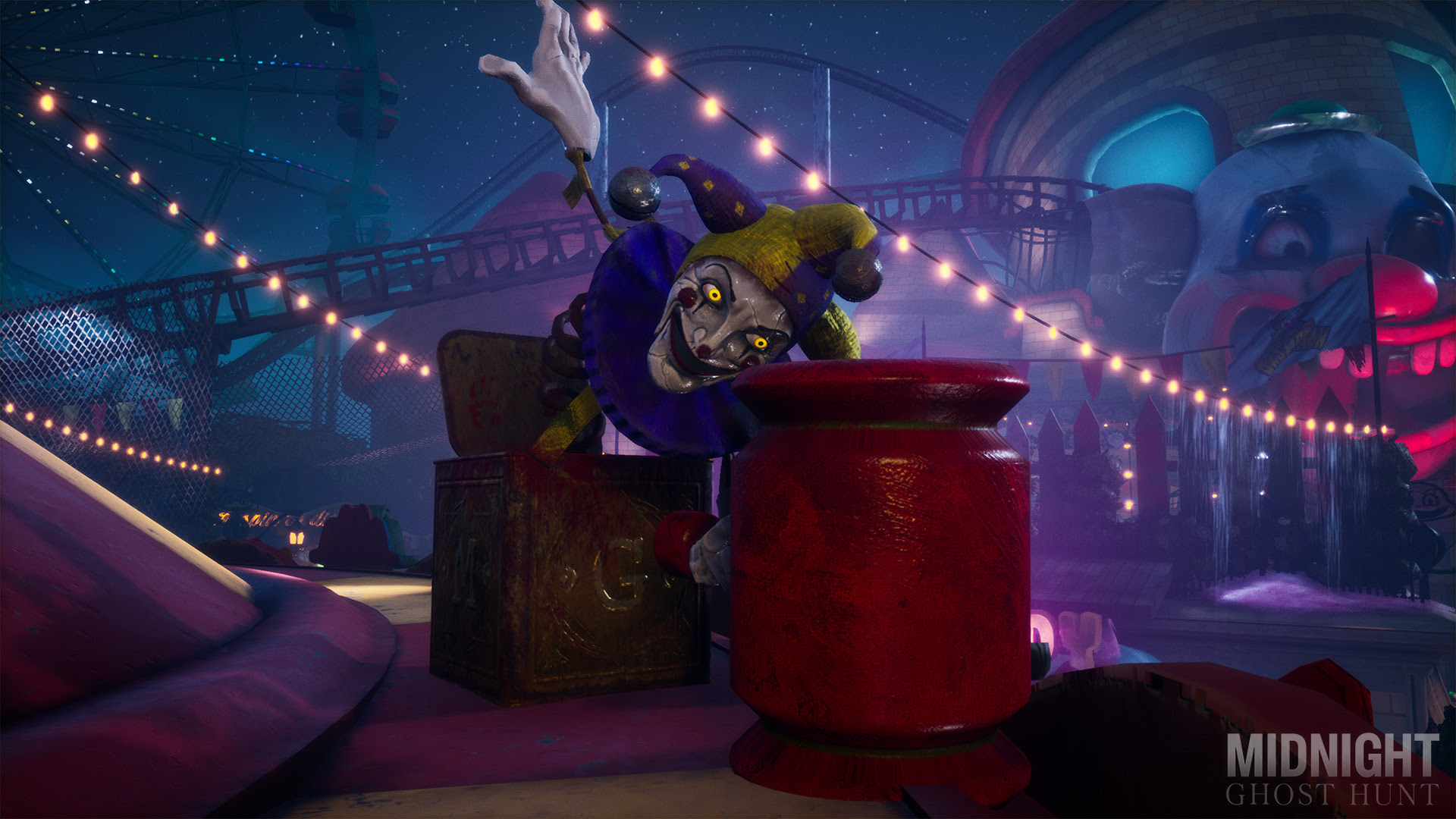 With a new update comes new Hunter cosmetics and a new Ghost ability! Players who tend to play the healer of the team can now make use of the Paramedic Hunter skin, while others who are a little too relaxed in their ghost-hunting efforts can become the Old Hippy – not to mention the dashing Pilot for the leaders of the group. But not to fear, Ghosts can get the edge too with a new ability, Deflector, which allows for a 5 second shield to defend from incoming projectiles. What’s more, by completing challenges, the titles Apprentice, Master, Grandmaster, and Legend can now be unlocked.

Fans who want to don a different kind of skin can now purchase a range of official items from Midnight Ghost Hunt’s official merchandise store! The new frighteningly fashionable collection of hoodies, T-shirts and mugs branded in ghoulish style is available to buy here. 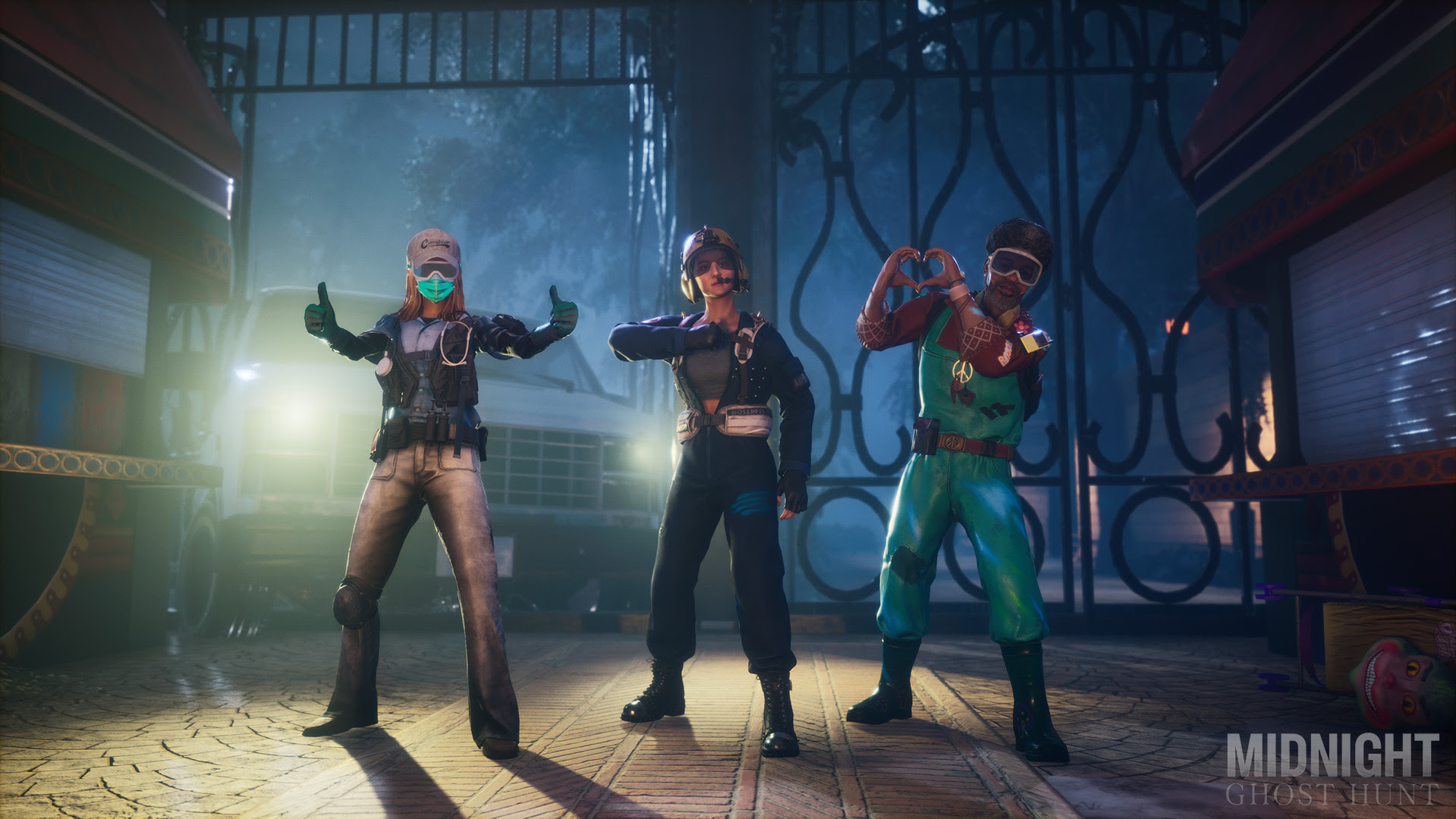 Midnight Ghost Hunt launched into Steam Early Access in late March this year to universal acclaim, and Update 2 continues the games’ exciting progression as it prepares for full commercial launch.

Midnight Ghost Hunt is available on Steam Early Access for $19.99 at full price, but those interested in trying their mettle with the supernatural can join the hunt for free this weekend until September 26th, and also at 50% off for a limited time.