It’s GOG’s 14th Anniversary, The Elder Scrolls V: Skyrim is now DRM-free along with many discounts 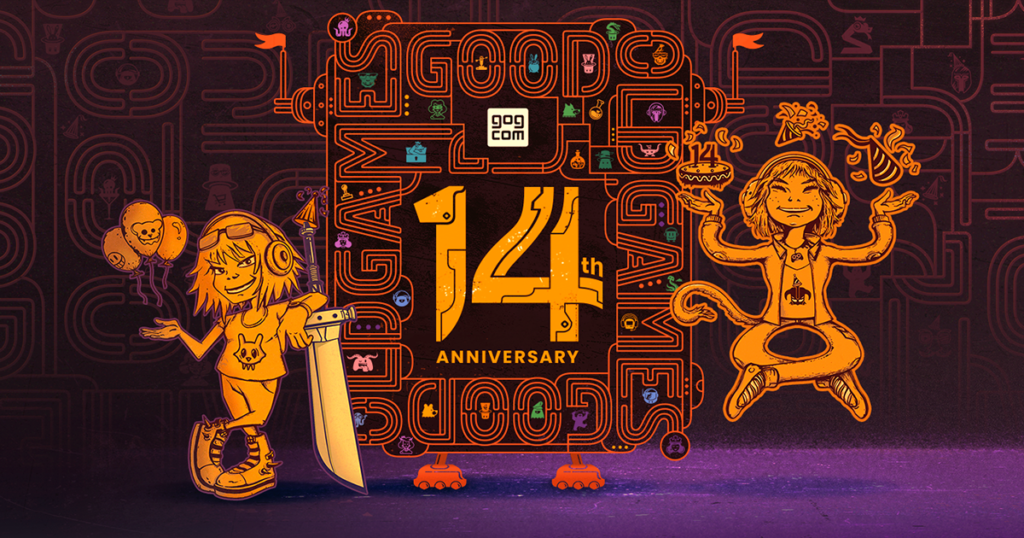 September 29th, 2022 – From its very beginning, GOG has been dedicated to making games last forever – by fixing classic titles to keep them playable on modern PCs, and preserving both new and old games by making them DRM-free – so there’s never a need, now or in the far future,  for remote servers to validate ownership.

Now it is time to celebrate the 14 years of these efforts – by releasing one of the most anticipated games by the community – The Elder Scrolls V: Skyrim, and launching an Anniversary event full of great deals and other surprises.

The Elder Scrolls V: Skyrim is widely considered one of the best video games of all time and has received credit for popularizing large open-world role-playing games. After many requests from our users and being released on almost every appliance, the acclaimed RPG is available on GOG in two versions – The Elder Scrolls V: Skyrim Anniversary Edition (-50%) and Special Edition (-67%).

Skyrim on GOG features a GOG-specific build to give users the best possible adventure in Tamriel. The game is entirely playable offline thanks to GOG’s DRM-free nature and gives users the Anniversary Edition content without the need for Creation Club access.

As the game is recognized as one of the most modded titles in the history of video games, support for community-created content in Skyrim was one of our top priorities. The GOG version is compatible out of the box with most modifications mods via Nexus Mods Vortex v1.6.12 and newer. Support for mods requiring Skyrim Script Extender will be added later today. Additionally, GOG is preparing something special to provide an even smoother modding experience – expect more details soon.

There’s no anniversary party without presents – Master of Magic Classic, a game that evokes massive nostalgia, is up for grabs in a giveaway. Dive into this epic adventure and play as a powerful wizard leading an army to victory. One of the most popular strategy games of the ‘90s is available for free until Sunday, 10 PM UTC.

Join us in celebration of the 14th GOG Anniversary that will last until October 9th, 2022, 10 PM UTC.

GOG is a digital distribution platform with a curated selection of thousands of games, from Good Old Games to modern hits. It is a gamer-focused platform, which is evidenced by striving to ensure that single-player gamers are distributed in the DRM-free model, free of restrictions that might otherwise prevent customers from enjoying their purchases. All games bought on GOG are subject to its return policy, which is one of the most customer-friendly on the market and allows you to return them within 30 days of purchase. GOG ensures compatibility of its games with current versions of MS Windows, macOS, and popular distributions of Linux, which is a particular advantage in the case of classic games. The GOG team also develops the GOG GALAXY application, which serves as the client for GOG games and combines multiple libraries from different platforms into one. Together with CD PROJEKT RED, the game development studio, GOG is part of the CD PROJEKT Group.