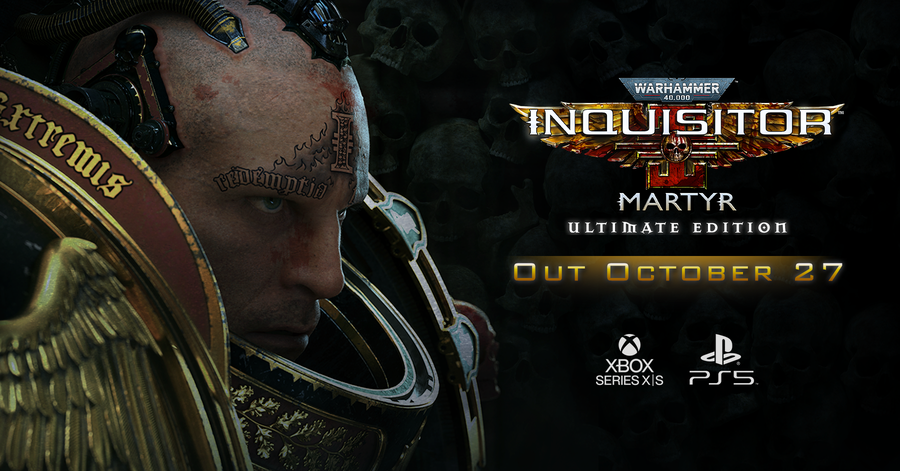 These features include the following:

The new playable class, announced back in 2021, is coming to PlayStation 4, PlayStation 5, Xbox One and Xbox Series S|X consoles as a DLC at a later date. The new Sororitas Class – an Inquisitor with a Sister of Battle background – will bring new mechanics and item types to Warhammer 40,000: Inquisitor – Martyr as well.

You are an Inquisitor, one of the most powerful agents of the Imperium. You operate in the Caligari Sector, a region overrun with heretics, mutants and Daemons of Chaos.

Warhammer 40,000: Inquisitor – Martyr, the first action RPG to be set in the Warhammer 40,000 universe, features both fast-paced and tactical combat, featuring multiple classes of the Inquisition who carry out the Emperor’s will. From destructible environments and a cover-based combat system, to skill trees and a wide range of vehicles and weapons, the game offers a truly unique experience. The game is also set in a persistent universe, which boasts incredible replay value thanks to its size and a procedurally generated mission system.

Brutalize Chaos as a Crusader, summon deadly constructs as a Tech-Adept, take down abominations with guile and agility as an Assassin or fight fire with fire playing as a Psyker. In single player, two-player local co-op (exclusively on consoles) or four-player online multiplayer, you must enforce the will of the Emperor and cleanse the darkest sectors of the Imperium of heresy.

Connect with other members of the Neocore Community on our Official Website or on Social Media: