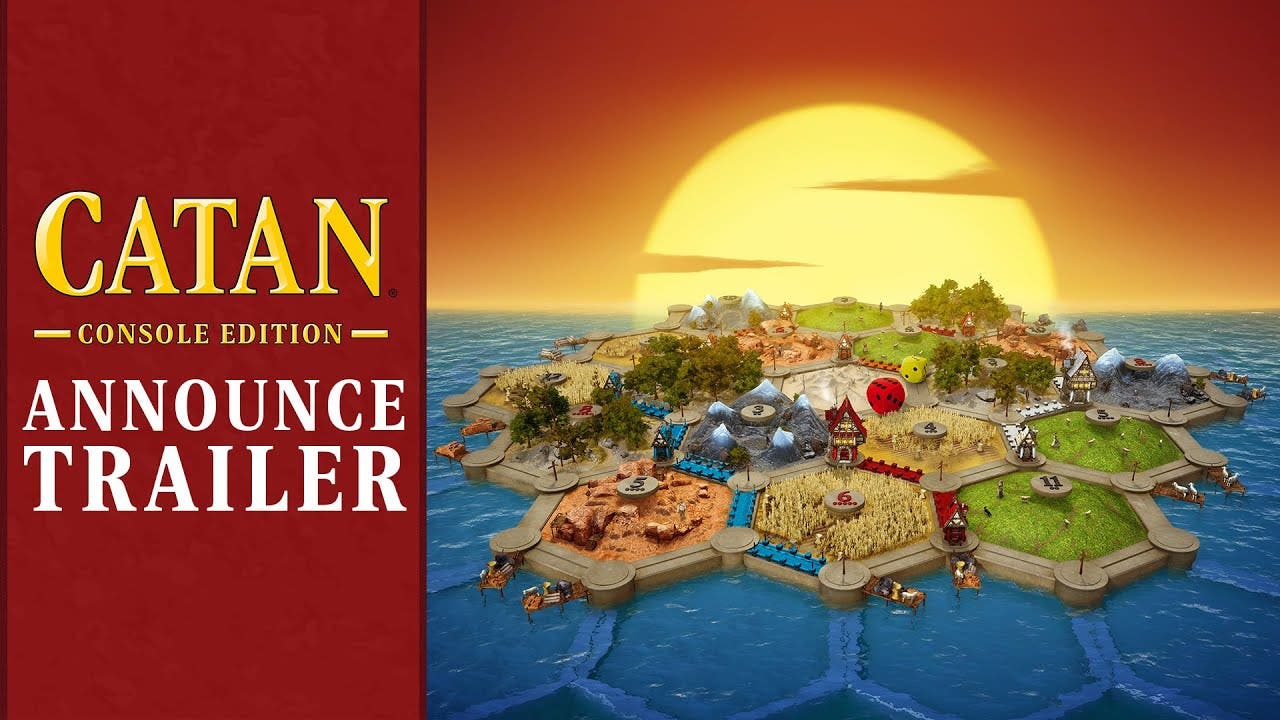 No two games in CATAN® – Console Edition will be the same. Players can enjoy different layouts in the terrain with variable board setups, whether it’s towering mountains, bustling pastures, or thriving forests, every game will look and feel different. Catanians will be moving around the board, sheep will be grazing in the fields, and boats will be floating at the docks. All of this contributes to an experience unique to CATAN® – Console Edition.

“We’ve collaborated closely with Nomad Games and CATAN to provide players with an authentic experience unlike any other. We tried to pay attention to the little details, like the bunting that decorates the longest road or the little chimney when someone builds a city; each part of the game has been carefully designed to bring the board to life,” Natalie Dodd, Studio Producer at Dovetail Games, said. “The ability to play locally with friends is a novel and exciting addition. Players can track cards using their phones, which eliminates the risk of other players seeing your resources. We can’t wait to show everyone this fantastic feature!”

Dovetail Games is bringing the ability to play board games locally with friends to the digital version of CATAN® – Console Edition. Local play in CATAN® – Console Edition allows players to play with up to four friends in the same room by simply starting a game, connecting their phone, via a simple QR code, and playing. Players can then track their cards using their phone. This simple solution allows players to quickly set up a game and play without sacrificing the privacy of each player’s hand.

CATAN® – Console Edition features multiplayer as well as a ranking system. Matchmaking can be done with friends or against other players from all over the world. Gather resources, construct settlements throughout CATAN, and become the winning Catanian to advance in rank. The multiplayer ranking system will try to match players together based on skill level and will update at the end of each game.

CATAN® – Console Edition is developed by Nomad Games and published by Dovetail Games, and will be released for PlayStation and Xbox consoles in 2023. The title is now available digitally on the PlayStation® Store for wishlisting, and wishlisting is coming soon to the Microsoft Store. Sign up for the latest news and information about CATAN® – Console Edition directly from Dovetail Games here www.catanconsoleedition.com, and follow along on social media on Facebook, Twitter, Instagram, Tiktok, Discord, YouTube, and Twitch.

Dovetail Games is an award-winning developer and publisher of market leading simulation entertainment software, based in Kent, UK. Our core products are Train and Fishing simulators, which are available for PC, Xbox One, Xbox Series X|S, PlayStation 4 and PlayStation 5.

Created by Klaus Teuber and originally released in Germany in 1995, CATAN (formerly “The Settlers of Catan”) is a contemporary classic and today available in more than 40 languages. It has sold more than 40 million units worldwide and it’s universe of games consists of numerous expansions, extensions, scenarios, standalone games and digital adaptations. CATAN is developed by CATAN GmbH (catan.com) and released by several publishing partners around the world.