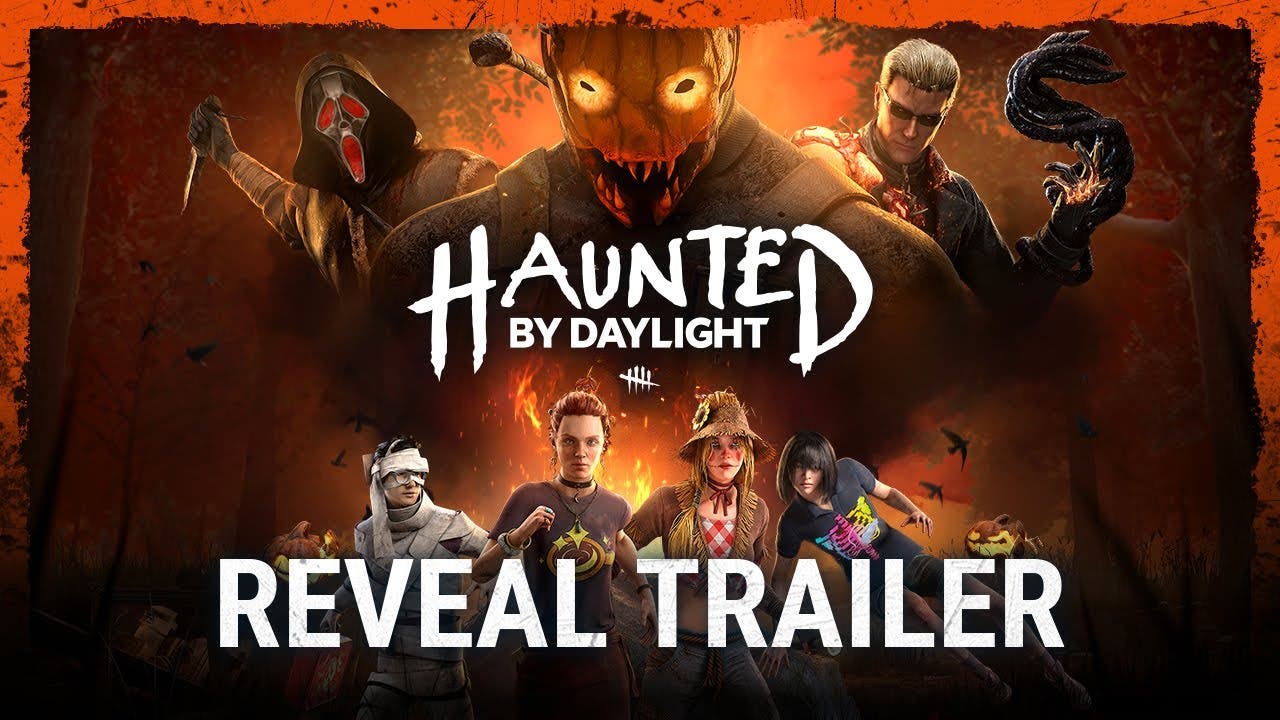 Haunted by Daylight in-game event starts next week in Dead by Daylight, a frightful delight for all

Montreal, Canada – October 6th 2022 – It’s the most frightening time of the year: Halloween has come to Dead by Daylight.

Players will get to experience the Hall of Fame of Horror under an ominous new light… and find out why the Entity’s Realm is the best place to get scared, to get hooked and hopefully, to escape and start all over again. Players can join the festive Haunted by Daylight celebrations, which starts on October 11th and closes on November 3rd. ​ The Haunted by Daylight festivities will kick off with the release of the anticipated store Collections, while the newest Archive Tome will be released on October 12th. Lastly the sought-after in-game Halloween event will be live on October 13th.

The Haunted by Daylight in-game event, accessible from October 13th to November 3rd, will allow players to take advantage of a slew of horrifying cosmetics to unlock, the Fog’s unsettling atmosphere, and intense challenges! The Dead by Daylight lobby & loading screens will be decked with fearsome pumpkins and frightful decorations, Players will also experience a new gameplay, requiring them to gather and steal “Void Energy”. Lastly, daily login rewards will be available, encouraging players to connect to the game every day.

Dead by Daylight will also hold a Free Weekend from October 27th to November 1st, so that more players can join in on the fun and experience why Dead by Daylight is the place to be for Halloween. 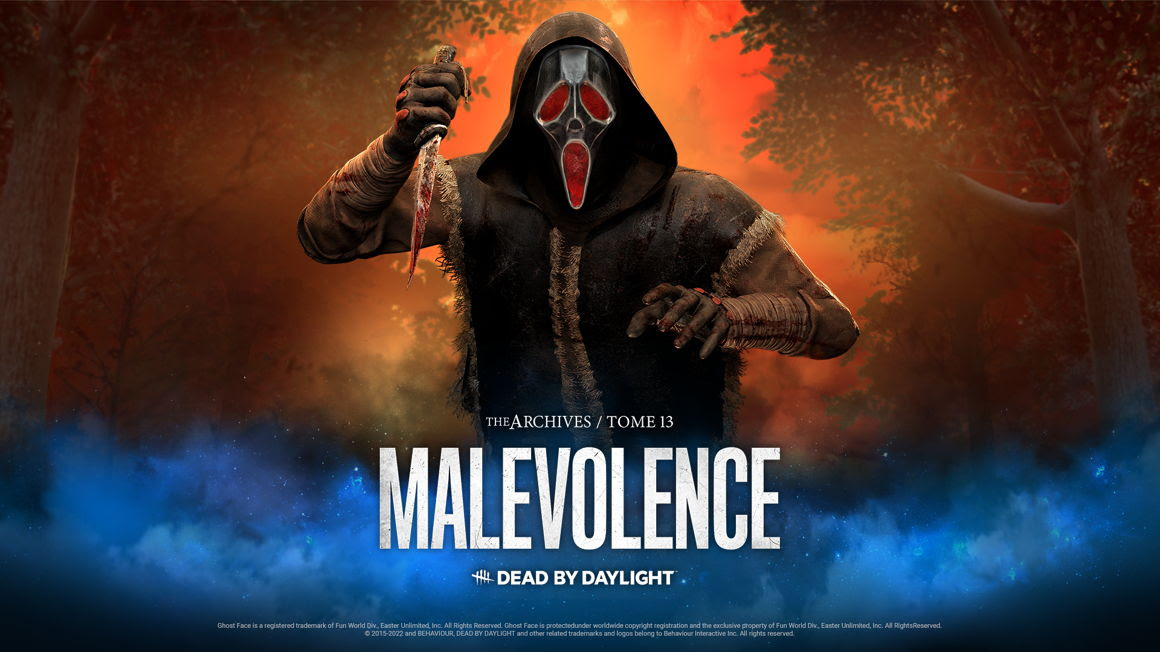 A New Tome: MALEVOLENCE
​A new Rift opens on October 12th and with it a new Tome which features memories for beloved Killer Ghost Face®, and Survivor Mikaela Reid. Players will have the chance to plummet into the devious mind behind the mask and discover what keeps a horror aficionado up at night with Tome 13: MALEVOLENCE. They’ll be able to dive into Ghost Face®’s memories, as a local cartoonist parodies him in the local papers. OBVIOUSLY, this won’t stand.

“The Fog turns into a twisted playground for Horror fan favourite Ghost Face®, and we’re happy to include him in our Halloween festivities”, says Dave Richard, Creative Director for Dead by Daylight. ​ “Ghost Face® is a particularly terrifying enemy – being able to stalk his prey – and dedicated to striking Survivors down before they know what hits them and to have him as part of the Rift is a treat!”

Players will also be thrilled to uncover memories for Mikaela Reid – the feisty Survivor with a love of the macabre and the supernatural.

Players would be remiss not to take advantage of the tons of surprises that await them as they progress through the Rift, including Charms, Outfits and exclusive mask variations for Ghost Face®. 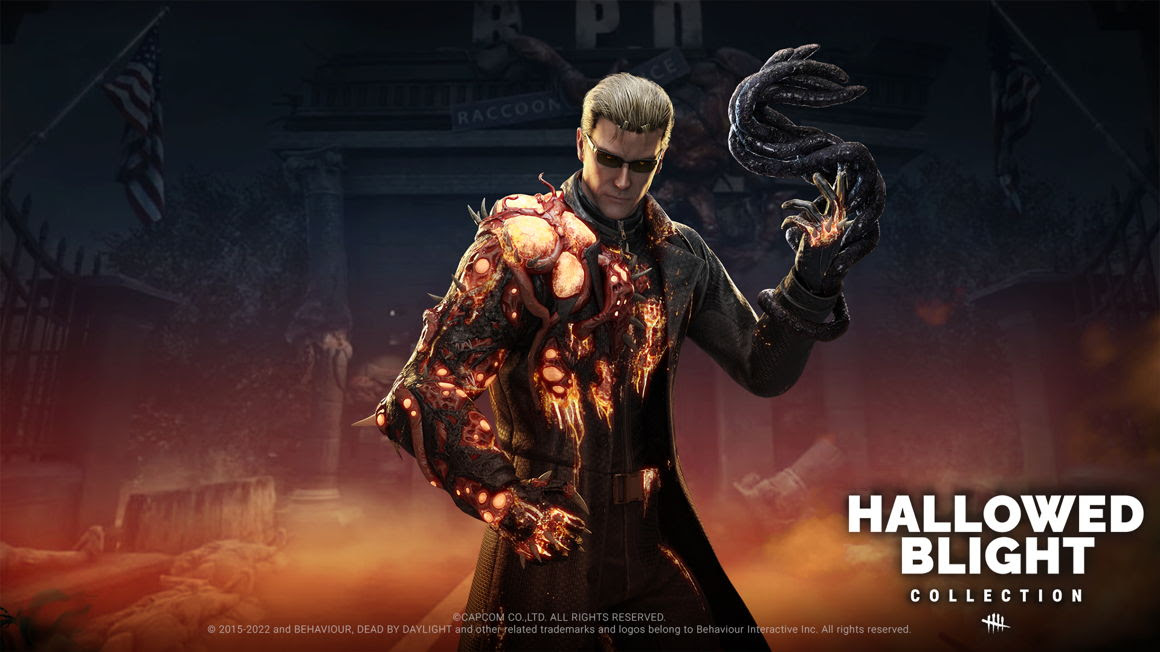 More Treats from the Dead by Daylight Store
​Costumes are mandatory on Halloween; therefore, players are invited to dress their favorite Killers and Survivors in their snazziest attire with new Outfits from the Hallowed Blight Collection and the limited-time Tricks and Treats Collection, available from October 11th to November 3rd. The Midnight Grove Collection will make a comeback during this time as well with two new Very Rare Outfits for Mikaela Reid and The Doctor.

The Hallowed Blight Collection – a creepy metamorphosis that occurs from within – features two Very Rare Outfits – for The Oni and Albert Wesker, The Mastermind. The Blighted Wesker Outfit looks right out of a terrifying biohazardous experiment gone wrong.

Nobody could predict the complex interactions that would occur between the serum and Uroboros, but that didn’t stop Albert Wesker from testing the Blighted serum on himself. This interaction caused Wesker to transform into a further transformed humanoid.

The Oni’s Bursting with Fury Outfit emphasizes the character’s rage. His overwhelming strength made him a priority candidate for testing the Blighted serum. The searing pain of the experiment, more than anything, made his rage even more potent.

Dwight Fairfield’s Toilet Paper Mummy Outfit is a “last-minute stroke of genius” Halloween Outfit…. But it will fall to pieces five minutes before arriving at the party. Jane Romero’s Outfit is the embodiment of Hollywood Glamour. Perfect for a soiree among Tinseltown’s movers and shakers, she decided to pay tribute to her mother and other stars of yesteryear.