Crash Bandicoot 4: It’s About Time finally crashes onto Steam in one week’s time 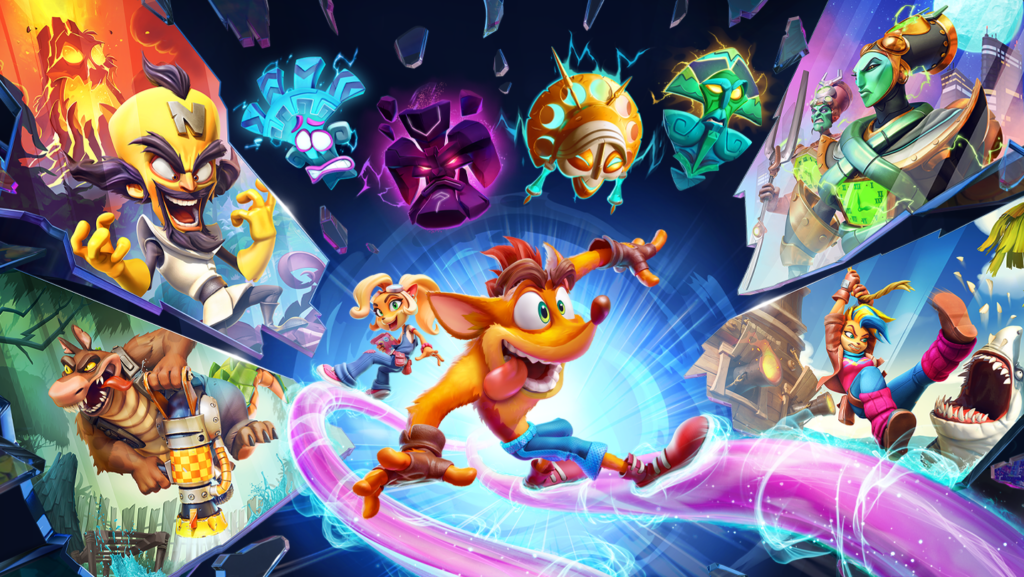 It’s about to get steamy in here, because everyone’s favorite bandicoot is crash-landing onto PC via Steam on Oct. 18th for $39 MSRP. Crash Bandicoot™ 4: It’s About Time brings back Crash, Coco and friends as they take on the nefarious Dr. Neo Cortex once again, this time to save the multiverse.

Steam players are in for the biggest Crash game ever, featuring massive levels, badder baddies and more gameplay than in previous Crash Bandicoot games. Fans can play as Crash or Coco on their journey to save the multiverse, and on their way can play as Dingodile, Dr. Neo Cortex or Tawna for a unique perspective along our hero bandicoots’ quest to defeat their nemeses.

Throughout this adventure that shatters the time-space continuum, players will uncover four Quantum Masks, the guardians of space and time, that will give them the ability to bend the rules of reality and gain new ways to conquer dangerous obstacles.

Crafted with the original trilogy in mind, Crash Bandicoot 4: It’s About Time embodies the precision gameplay we all fell in love with in the ‘90s while introducing quality of life improvements, stunning visual upgrades, new gameplay mechanics, along with “Modern” and “Retro” modes that both longtime fans and new players alike will enjoy mastering.

Crash Bandicoot 4: It’s About Time is available now for PlayStation 4, PlayStation 5, Xbox One, Xbox Series X|S, Nintendo Switch and PC via Battle.net, and is coming to Steam on Oct. 18th. For more information on the Crash Bandicoot franchise, please visit www.crashbandicoot.com and follow @CrashBandicoot on Instagram, Twitter, and Facebook.