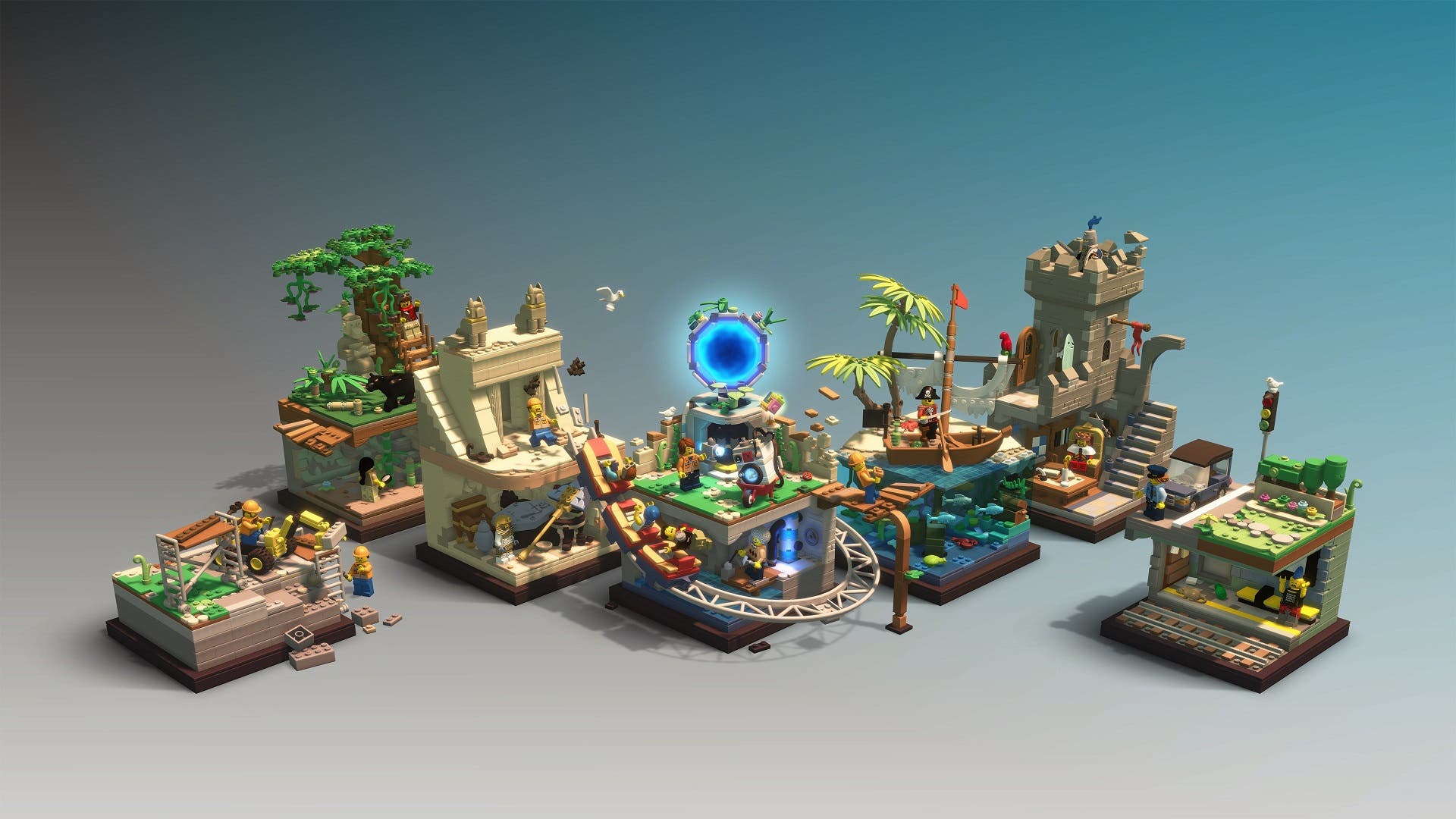 LEGO Bricktales takes me back to when most LEGO games were about creating your designs. Building structures that came from your imagination. But building in a 3D space is nowhere near as easy as physically placing blocks together. So older LEGO games have struggled with their controls. Thankfully Bricktales attempts to alleviate these issues and simplify those controls, helping to give you a more enjoyable experience and one that includes a fun little game to boot! 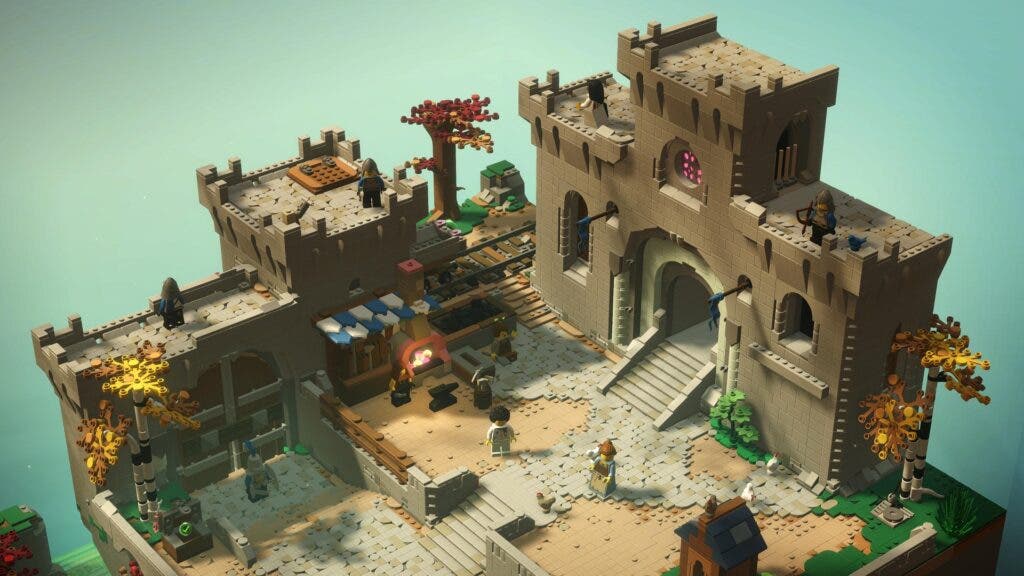 The main idea behind Bricktales is to successfully build bridges, vehicles, or items to specific specifications. Sometimes they have to incorporate a certain number of bricks; other times, a bridge has to hold up the weight of a traveling robot. Even vehicles like helicopters have to be able to hold the weight of a minifig and fly. Bricktales utilizes a well-done physics system that feels as accurate as one would expect in a game about building. If you don’t support the weight properly while building a bridge, that little robot may end up crashing through it, just like how ClockStone Studio’s other hit series, Bridge Constructor, would handle it. Most of the building challenges presented to you aren’t too tricky, but I found a few that required some tinkering to get right. I found myself playing in spurts of an hour or two, making my way through the game’s story.

Yes, Bricktales includes a pretty loose story. Your grandpa is a scientist who owns a run-down amusement park. The man will come in and take it over if he doesn’t get it up and running. So it’s up to you and your grandpa’s helpful robot friend to collect happiness to power a machine that will instantly fix these amusement rides. The dialogue is written pretty well, but you can tell it’s written down to a child’s sense of humor. No complaints there, though, as I caught myself cracking a smile with the puns, they dish out. The one thing I wish this game included is voice acting. Bricktales feels like a game even a very young crowd could enjoy, but you lose a little bit of the charm when you can’t read. 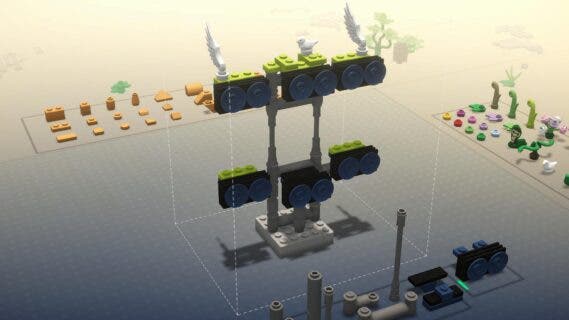 Once the rides are fixed, you get the opportunity to design and build the ride cars for each. To gain that needed happiness, you must travel to various worlds in search of people to help. Each of these worlds you visit has its own unique story. An Indiana Jones-like adventure in a jungle or an excavation site in the dunes around the pyramids are just the opening areas you get to explore, and boy, is there some exploration. Each world is built around the idea that it’s like its own little LEGO set, diorama-like. The best way I can describe it is similar to how Nintendo’s Captain Toad laid out its levels. There is verticality to them, and layers and geometry cover hidden paths. The downside is that the camera is fixed. It will only rotate once you go down specific paths. Hiding these routes is obviously done to help hide some of those secret paths, but I found myself constantly trying to move the right stick around to rotate my camera. Making your way around the world can net you collectibles and currency. The currency you can use at a ghost merchant who will sell you new outfits and colors for the LEGO pieces to be used in sandbox mode.

You’ll also encounter new abilities along the way to help you travel these different worlds. The first ability you get is a ground pound, letting you break certain items. Any item in the game that can be affected by one of your abilities will either glow a color or reveal a symbol for the ability. Holding the right bumper on the controller will bring up a radial menu to select the ability on the fly. Using the abilities isn’t a cumbersome ordeal, but I found that character movement lacking. Your movements tended to be a little on the slow side. There were a few puzzles where you had to travel back and forth from one area, and even if they opened up a shortcut, the walking speed made things feel too slow. Add to the fact that building is a slow and methodical ordeal, too, and this game can get pretty sluggish. Hence, I could only play for an hour or two before I had to put it down and return to it later. 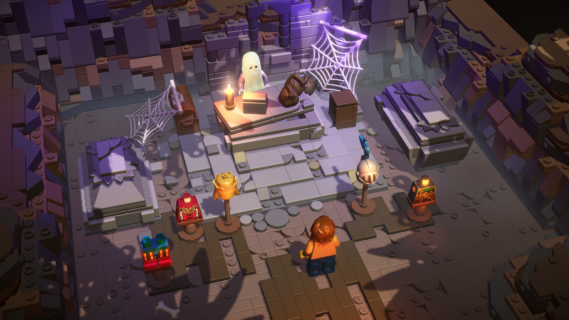 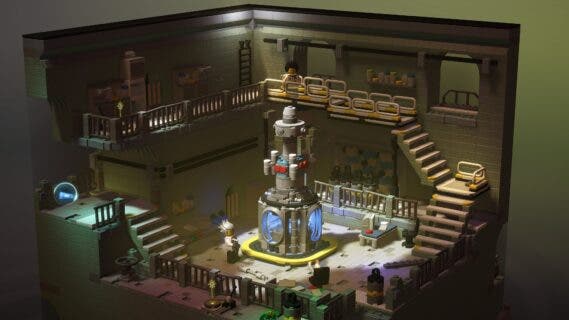 Once you’re tasked with solving a puzzle through building, you’re taken to a build menu where you’re given control over a 3D camera and a selection of LEGO pieces. I found using the mouse was the preferred method here over using a gamepad’s joysticks. You highlight the brick pieces and place them wherever you want on the model. Once you complete your build, that built item shows up in the world exactly as you created it, and you get the option to enter sandbox mode to rebuild it using as many bricks as you’d like; in any of the colors that you’ve unlocked. You can build things to look nice or focus on efficiency. Efficiency is what I leaned towards. As I mentioned earlier, LEGO games have always struggled with translating building in a physical 3D space into a virtual environment. Even though Bricktales does a good job, it can still get frustrating. Hovering your piece over a spot only to find out it was too far over or that you can’t lay it there because something is blocking its path is aggravating. But ClockStone Studio tries to give you as many visual prompts to help. Highlighting studs below your piece, changes in colors of outlines, and buttons to move your brick as high or as low as it can go. They even give you fine movement of your pieces by adjusting them in steps. These are all ways they’ve tried to make things easier. 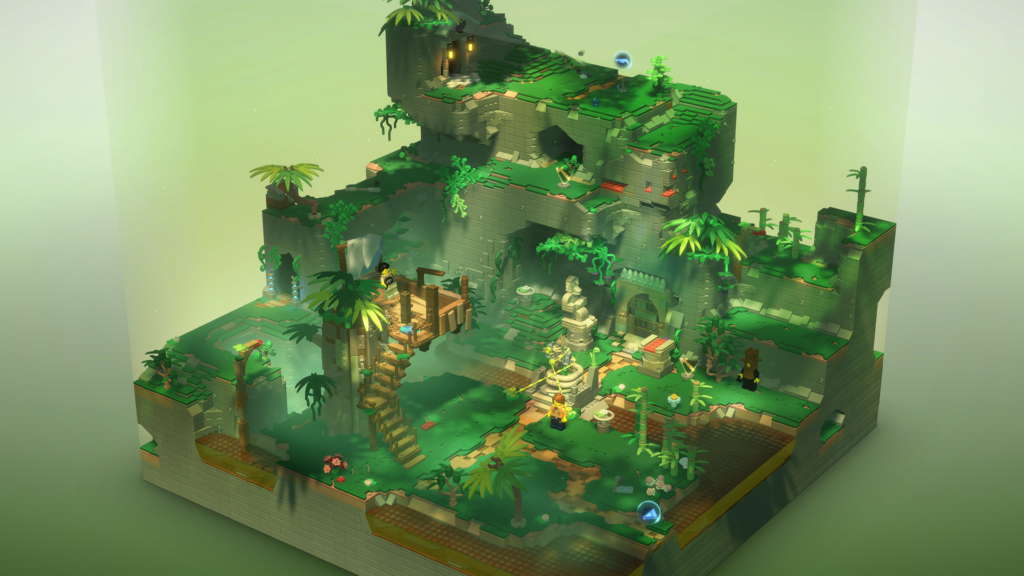 Overall, Lego Bricktales is one of the closest LEGO building experiences I’ve come across, with something like LEGO Worlds in that same camp. With the added collectibles to find and the presented story, it gives this game some fun bits to do outside of the actual building. The game could be fun for a younger audience, but with the lack of voice acting and the physics puzzle possibly being a little too advanced, this is more of an older LEGO enthusiast’s adventure. Regardless it’s still a fun time to be had.