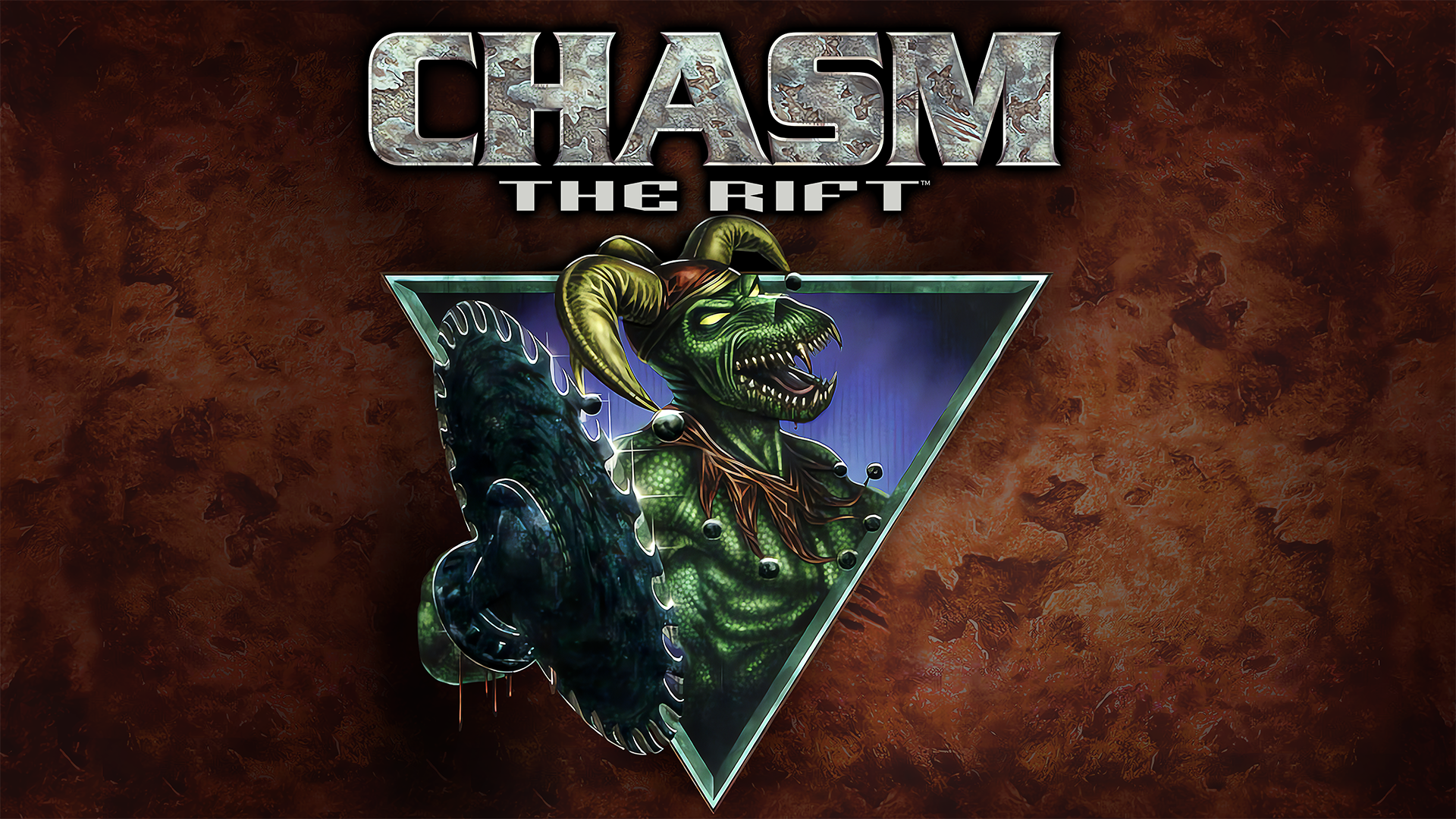 While Chasm: The Rift might not be a household name, this is lovely remade version of the original due to the apparent loss of the original source code will get people talking. As a result of that, this takes on a unique form of video game preservation that we don’t see a lot of. Chasm: The Rift was originally developed by Action Forms, and this was the Ukranian developer’s answer to Quake. Playing the 25 year-old game today evokes nostalgia that was never present for me, but holds up surprisingly well and is fairly unique regardless of its influences. Chasm: The Rift is an inventive and quirky first-person shooter that doesn’t overstay its welcome, and is a blast from start to finish. 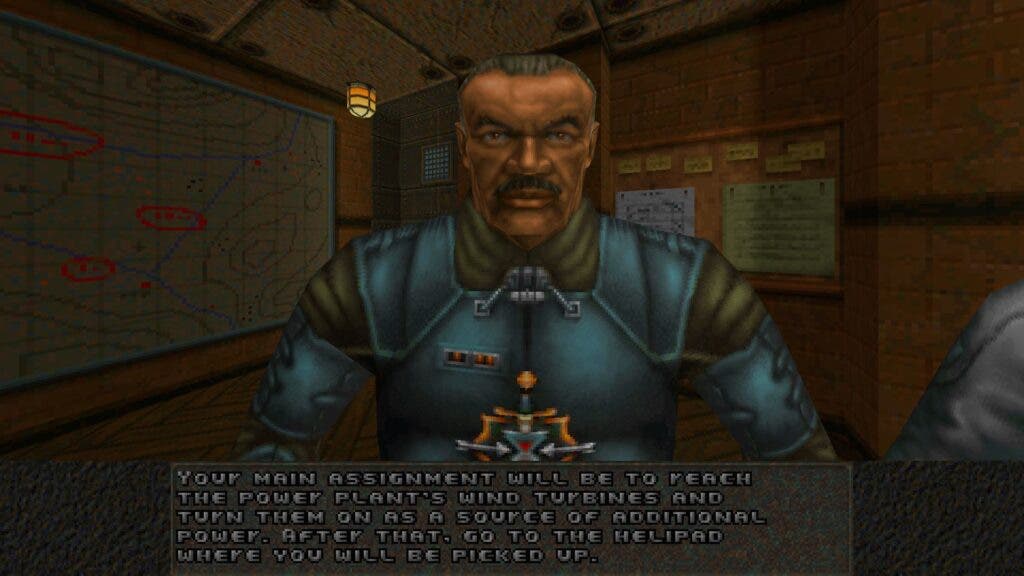 The story is not very deep or verbose, but it manages to be enthralling for what it is without trying too hard. Rifts have started opening across Earth, allowing mutants known as Timestrikers to escape. This threatens all of humanity, and it’s up to you, a nameless, speechless hero to save it. The game features cutscenes, with voice acting that has some rough translations, but are passable for the era. From here you’re thrust into the main story of clearing out this menace to save the world.

I only recently became aware of Chasm: The Rift, and played it in late 2021. At that time, the only way to play it at a decent framerate with some squashed bugs was from DUSK (link) developer, David Szymanski. That came in the form of Chasm Portable (link), which is a totally viable way to play it today. But this release offers to great ways to play it that emulate the original experience. 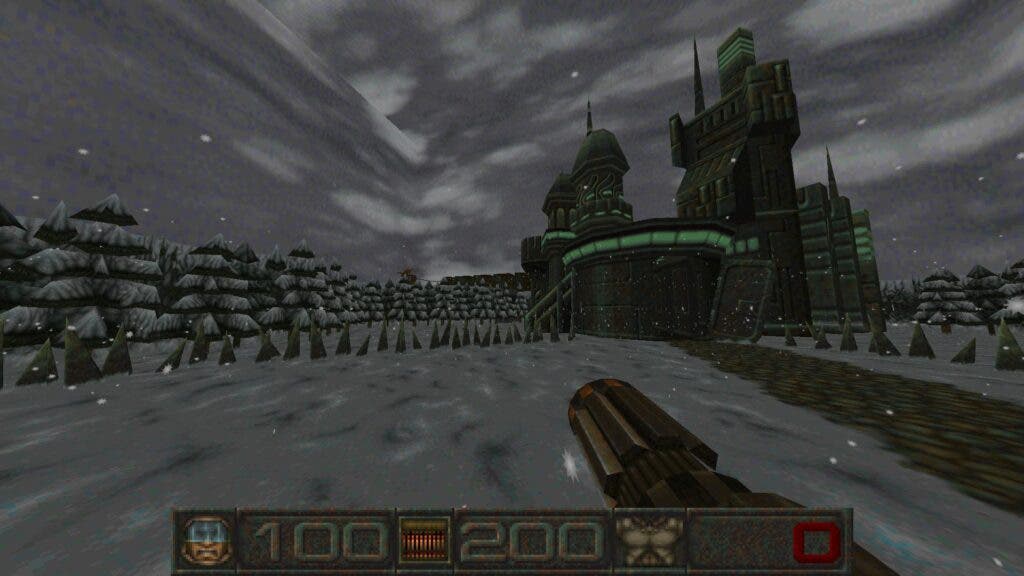 Upon starting the game you have multiple options to choose from. One is to play the game in its remastered, remade way or start the add-on with the same quality of life improvements, and this is the preferred way to play for new and returning players. Though after an initial run, I’d recommend playing the game again using the DOSBox versions, which are included as a bonus. These are new, but emulated ways to play the game and its unnamed add-on (originally released free in 1998 by the Action Forms). Both the remade and DOSBox versions run smoother than the original ever ran, and is the closest you’ll get to the 1997 release.

Because there was no source code to work from, there are noticeable differences to take note of: The lighting has changed, a lot of the jank has been removed, and some weapon effects are missing like glow and bullet decals. In general, Chasm features some unconventional things for the genre, even for its age. Some objects have simulated tessellation, where papers rustle in the wind or cobwebs move against a light breeze. There’s no crouch or use buttons, opening doors or using switches just jamming your face into them. There are some times where you have to shoot an object to destroy it to reveal the path forward. After a few levels, a lot of this becomes second-nature, but it continues to prove that it’s a stand-out shooter that was almost buried by time. 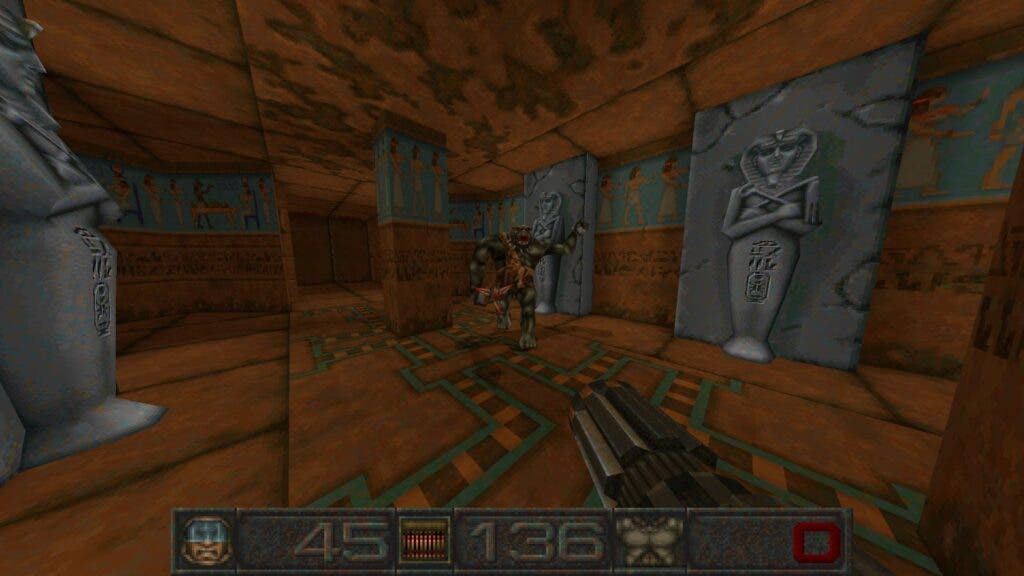 There are four chapters in the game, with an equal four levels, with the middle two chapters of the game involve time-travel to ancient Egypt. The early levels feel like they are what inspired the Early Access game, HROT (link). All levels however, are tight corridors and catacombs that with the variety in their design keep it from feeling monotonous or samey. This is one of those shooters where you lose most of your weapons each time you start a new level, so you learn quickly to use what you have on you instead of keeping it. The music is haunting and moody, perfect for this time-traveling adventure.

There are four bosses in the game, one to endcap the accompanying chapters. These offer totally awesome and diverse fights. There’s a trick to each of them, and half the fun is puzzling out what needs to be done to take them down. On your first playthrough, it should take you about four hours to see the end credits. Though if the game’s own achievements are to be believed, it’s possible to beat the game in a mere 90 minutes. While the game is $20 and so short, it’s absolutely worth the brisk playtime.

There are eight weapons in the game, ranging from an infinite ammo rifle to a sawblade gun to a laser crossbow. Each of the weapons are fun to fire, with an unsurprising lack of alternate fire for any of them. The game dole out a new weapon rather quick, I had five of them in my inventory by the end of chapter one. One of the most memorable aspect of the game is its dismemberment, you can take the limbs off of enemies to prevent them from attacking or to outright kill them faster.

There are power-ups, or artifacts that grant you with temporary buffs such as maxing out your health to 200 points, giving you invisibility, or even invulnerability. There’s simpler versions of these such as med kits, armor pick-ups, and the like. These things are simple but keeps the gameplay fresh and fair as you play on higher difficulties. 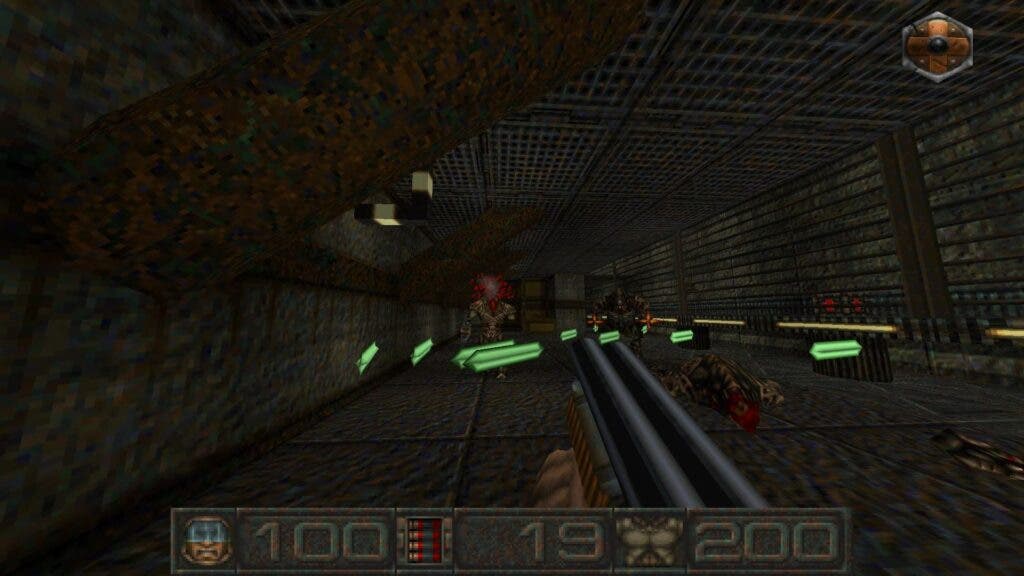 Another interesting fact about the game is that despite appearances, Chasm: The Rift does not run on the Quake engine. It’s also not a 3D game, but instead a 2.5D game which is why the game is so enclosed and claustrophobic feeling. Action Forms developed their own engine here, which is why things like the “tessellation” on certain objects was so striking. The game offers three rendering APIs to choose from: Vulkan, DirectX 11, and DirectX 12. I found no performance difference with them, though I’ll say Vulkan feels the “lightest”. They all run at extremely high framerates without perceivable latency. 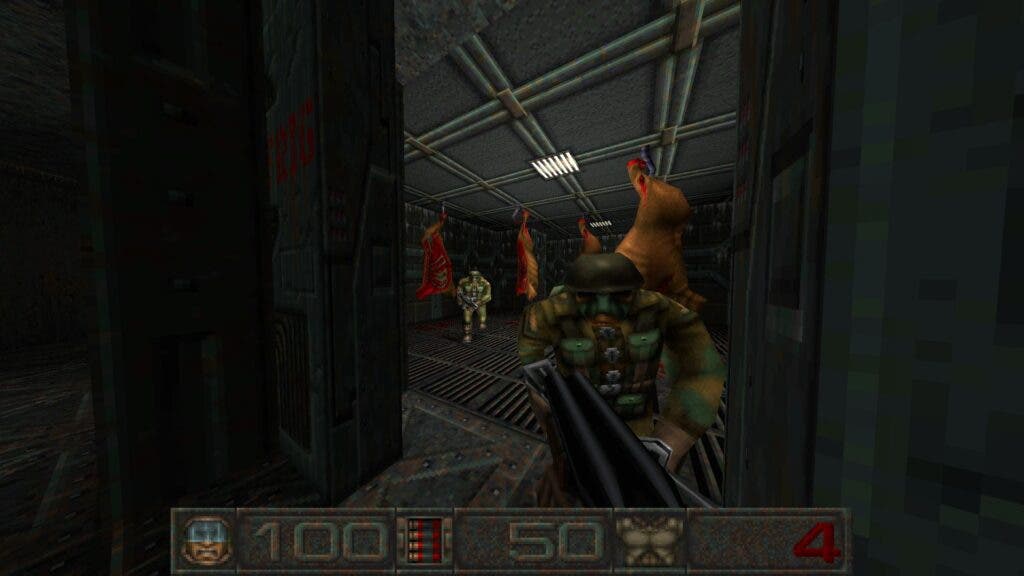 Chasm: The Rift has quickly became one of my favorite shooters of all time with fun weapons, great enemy design, and solid puzzles. It’s a standout game, and now saved through video game preservation. I’ll admit that the game is a bit high-priced, but there’s value here thanks to the remastered visuals and the DOSBox emulation. You’ll get two similar, but different looking experiences from them. Chasm: The Rift is short enough to play in a single sitting, but long enough that you’ll always remember.