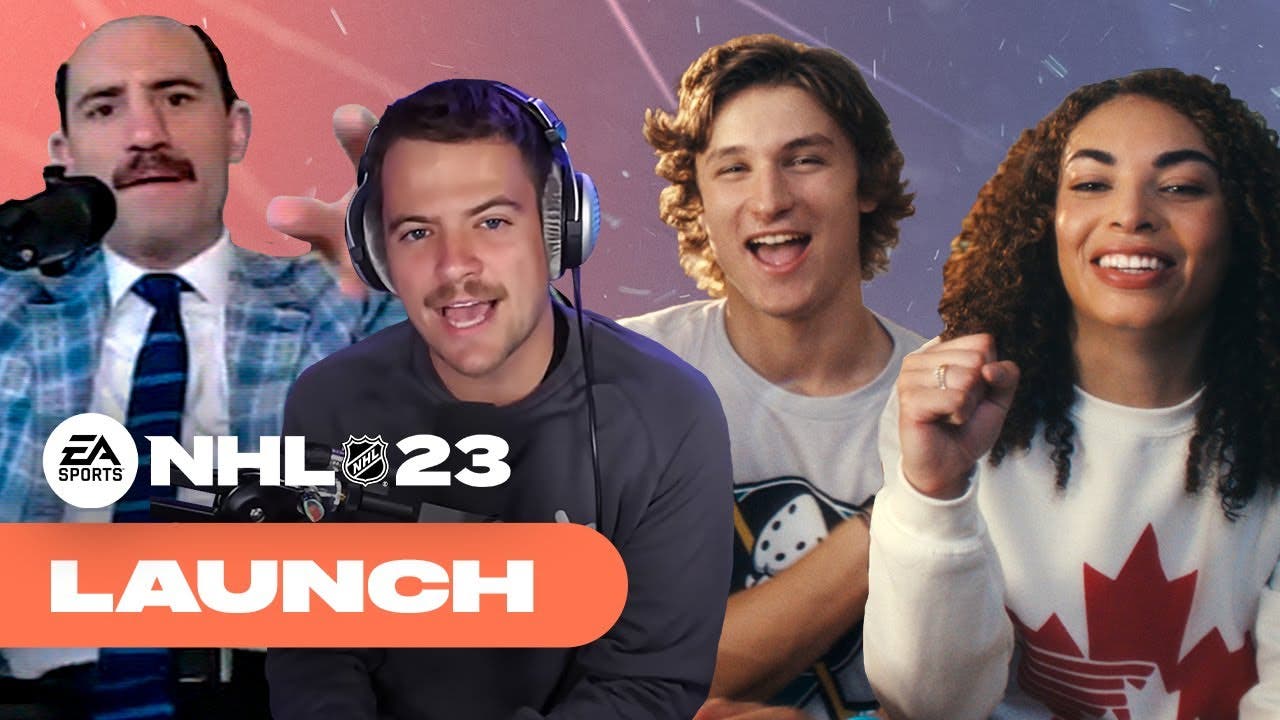 NHL 23 out now for Xbox and PlayStation bringing Women’s Teams in HUT, with crossplay coming next month

“The NHL franchise has always prided itself on being one of the best team-based sports game experiences you can enjoy with friends, whether that friend is across the couch or the globe,” said Mike Inglehart, Creative Director, EA Vancouver. “This year, NHL 23 continues to bring fans closer together with cross-platform matchmaking and the expanded feature set highlighting women’s hockey.”

For the first time ever, IIHF Women’s National Team members can now play alongside men in the same HUT squad, meaning players can line up Team Canada’s Sarah Nurse alongside Ducks phenom Trevor Zegras to make their very own dream team of the sport’s best players. Beyond the ability to play together, both men’s and women’s national teams will continue to play an important role in the mode, as national team players will have both base and master items incorporated into HUT events. Players can now also compete in a variety of new rotating game themes in HUT Rivals, and NHL 23 has introduced three new tiers of HUT Rivals Rewards based on wins or win streaks.

NHL 23 is back on the Frostbite™ engine for the second year, continuing to push the franchise forward as the most authentic and immersive hockey experience yet. This latest iteration of the franchise introduces a fully interactive Stanley Cup Celebration where players will be able to choose who receives the Cup next as the crowd celebrates with sparklers and confetti and the commentary justifies your choice based on 65 complex stories accurate to your team. Additionally, a post-game sequence will also feature your customized player’s name etched into the Stanley Cup. NHL 23 has also revamped key moments like hat trick celebrations, giving them unprecedented levels of player customization and control, as well as overhauled levels of Crowd Awareness and Moment to Moment Reactions that will immerse players in the action like never before. NHL 23 represents a massive leap in terms of visual richness with enhanced character details, with a new skin shading model and crucial details like the accumulation of sweat that changes how light reflects throughout the game.

Coming in November 2022, the introduction of cross-platform matchmaking will further strengthen NHL 23’s position as a best-in-class social experience. Cross-platform matchmaking will allow players to square off against opponents on the same console generation for World of Chel and HUT modes, creating larger player pools and shortening queue times to ensure players have more options to face off and spend less time waiting to take the ice. More information can be found here.

The fan-favorite Franchise Mode returns to NHL 23, now with deeper levels of customization than ever before for the most dedicated players to design a bespoke Chel experience. New customization options include adjustments to the numbers of teams, games played, divisions, conferences, playoff rounds, league salary cap and more.

EA SPORTS NHL continues to offer HUT content migration to ensure a smooth experience for players across console generations. Following a November update, players who start playing NHL 23 on PlayStation®4 or Xbox One will be able to transfer their HUT Team value and progress to the next generation of their respective platforms in PlayStation®5 or Xbox Series X|S.