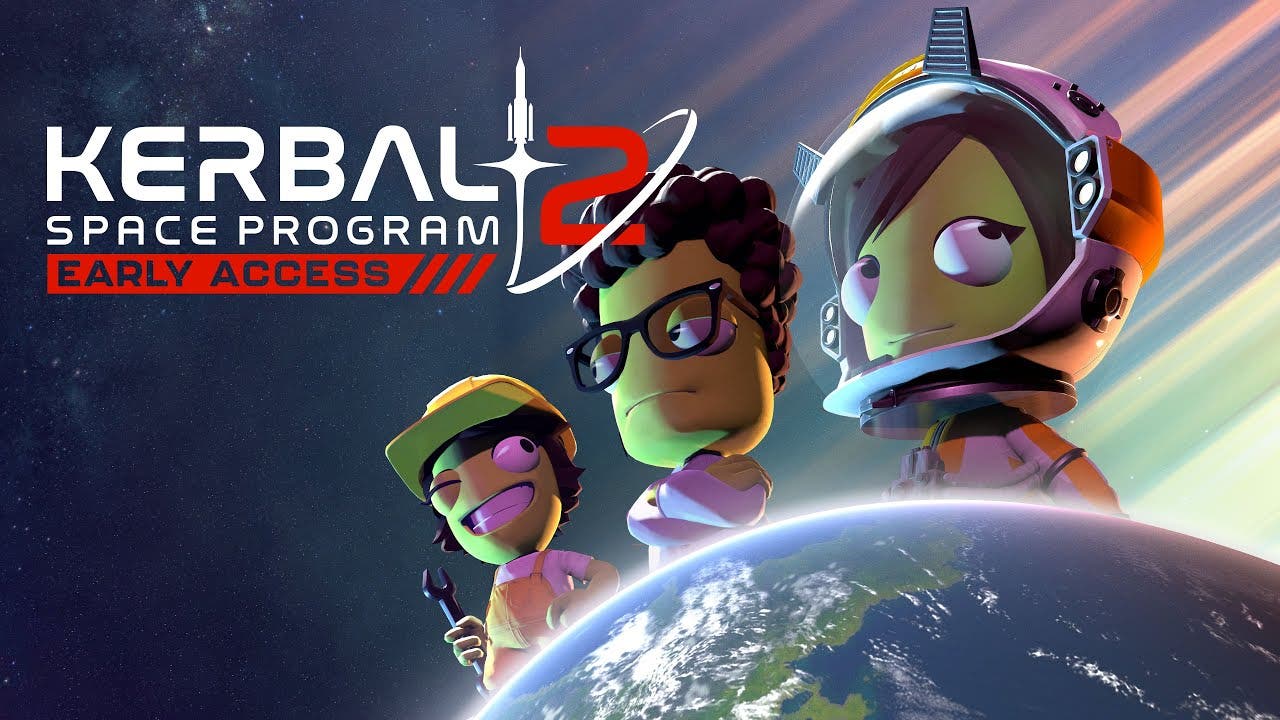 New York, NY – October 21, 2022 – Private Division and Intercept Games today announced that Kerbal Space Program 2, the sequel to the beloved rocket building sim, will launch in Early Access on February 24, 2023 for PC on Steam, Epic Game Store, and other storefronts. Kerbal Space Program 2 will bring an array of content at the launch of Early Access for players to explore, including hundreds of new and improved parts to build a variety of vehicles and rockets; time warp under acceleration allowing for improved long-distance flights; and vastly superior graphics featuring a planetary atmosphere and terrain system to make this the most visually impressive KSP game yet! The game will also feature improved tutorials and user onboarding to provide players with the necessary knowledge to excel at space flight. Those that purchase Kerbal Space Program 2 in Early Access will help inform the future development of the game by providing feedback directly to its creators leading up to the full launch of the title.

The core experience will be better than ever in Kerbal Space Program 2, as players will have near limitless possibilities with the tools at their disposal to construct advanced spacecrafts and lunar vehicles. When the game launches in Early Access, there will be over 350 new and improved parts to build with, including engines, fuel tanks, procedural part systems, and much more. From this deep parts box, players can craft planes, rockets, rovers, and other creations for their adventures. Kerbal Space Program 2 will also introduce the ability to customize and paint vehicles, leading to deeper personalization and expression in every build.

In addition to this greater array of new parts, the game will feature rich environments to explore. At the launch of Early Access, players will be able to travel fully throughout the Kerbolar system. Blast off from the beautiful Kerbin, explore the pockmarked and breathtaking Mun, see the towering green clouds of Jool, and discover stunning vistas on these remade celestial bodies! All these classic locations have been reimagined, bringing all-new levels of realism and complexity through a terrain system that will provide new challenges when selecting a landing site. Fans will also enjoy sailing through beautiful cloudscapes thanks to the new planetary atmosphere system.

“We are so excited to release Kerbal Space Program 2 in Early Access because it will allow Kerbal fans to see for themselves all the amazing progress we’ve made as we reach the final stages of development,” said Nate Simpson, Creative Director at Intercept Games. “At its heart, KSP2 is about exploration, discovery, and conquering the force of gravity by adding more boosters.”

Built from the ground up, Kerbal Space Program 2 will teach the joy of accidentally learning rocket science to a new generation of players while providing unique challenges and innovative capabilities to seasoned Kerbal veterans. Fully-interactive animated tutorials will reveal the secrets of rocketry, while a revamped vehicle assembly interface combines ease of use and powerful new vehicle creation tools. The sequel will feature massive user experience improvements ranging from enhanced map and maneuver iconography to an all-new flight HUD. The time warp system not only includes more zoom levels, but it will also allow the player to pause time while interacting with controls. For long distance flights, players can now use time warp while accelerating, to remove long waits during interplanetary travel. Finally, improved contextual information will give players a better idea how to respond to unexpected vehicle failures.

“By releasing in Early Access, we are entering a new phase in which players get to experience greatly anticipated systems, features, updates and more as they come online,” said Nestor Gomez, Lead Producer for Kerbal Space Program 2 at Intercept Games. “We will be listening and seeing the reactions to these changes; and much like the original game, this journey will help us leverage a massively powerful tool: our passionate community.”

After Kerbal Space Program 2 launches in Early Access, Intercept Games will release multiple game-changing features throughout the proceeding months. Some of the highlights to come include:

Check out the lates Kerbal Space Program 2 feature video on YouTube to get insights and extra information about the game releasing in Early Access.

In the Kerbal Space Program franchise, you take charge of the space program for the alien race known as the Kerbals. You have access to an array of parts to assemble a fully functional spacecraft that flies (or doesn’t) based on realistic aerodynamic and orbital physics. Launch your Kerbal crew into orbit and beyond (while keeping them alive) to explore moons and planets in the Kerbol solar system, constructing bases and space stations to expand the reach of your expedition.

The original Kerbal Space Program, created and developed by Squad, released on PC in April 2015* and has sold more than 3.5 million units worldwide. The title has been widely popular with the media and consumers alike, earning a Metacritic rating of 88** and a Steam user score of 95%***. Kerbal Space Program 2, developed by Intercept Games, will be the sequel to the original game and the second in the series for the franchise.

*Game became available through Steam Early Access in March 2013, and launched in April 2015.