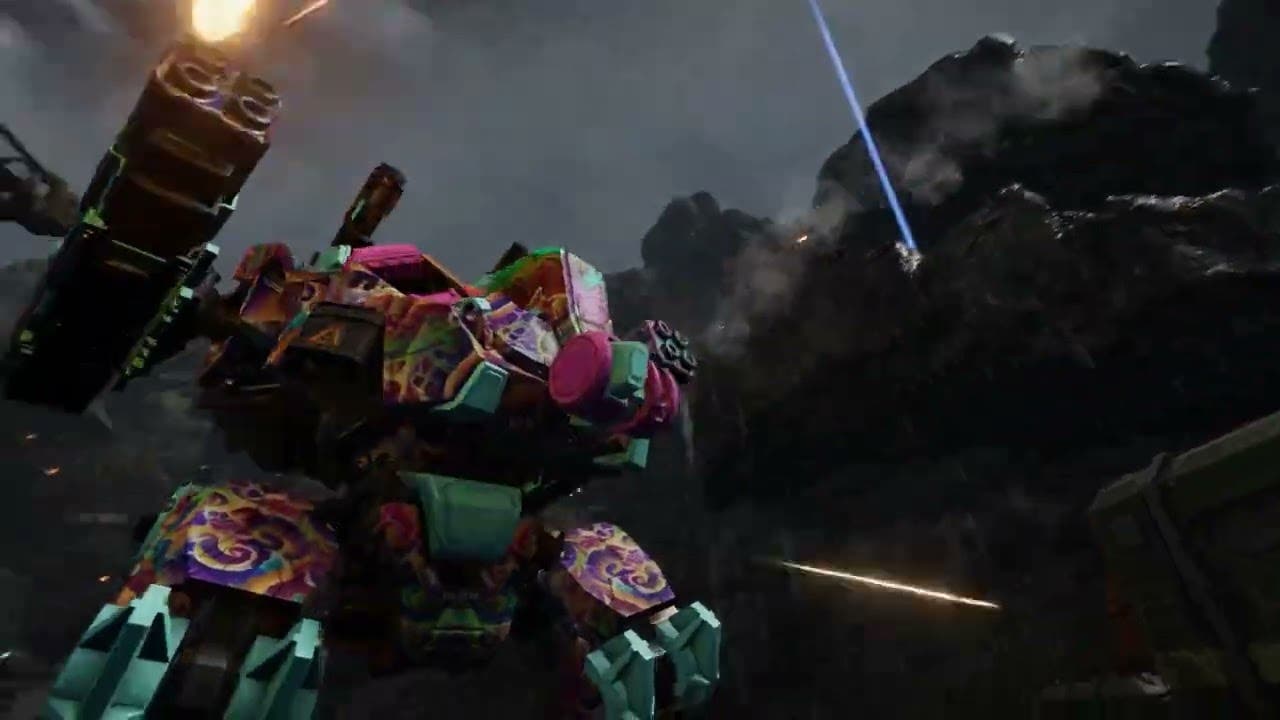 ST. LOUIS – Oct. 24, 2022 – GALAHAD 3093, the Arthurian team-based hero arena shooter from developer Simutronics, goes Free-to-Play later today while remaining in Steam Early Access on PC, welcoming all mech enthusiasts to storm the battlefield. Those who purchased GALAHAD 3093 before today will receive the Trailblazer’s Pack, offering 10,000 Gold and 1,500 Unlock Points (worth over $30 USD) in thanks.

Pilot colossal mechs known as Lances, taking up the mantle of eight Arthurian legends. Embody each iconic Knight with personal abilities invoking their predecessor’s past accomplishments. Sneak behind enemy lines as Morgan with her invisibility cloak. Turn the tide as Owain with his EMP blast. Disorient rivals with Mordred’s teleport. Lead the charge as Arthur himself with the X-Calibur orbital strike.

Mix and match dozens of Lance Variants with specialized stats, primary and secondary weapons, deployable tech, and upgrade modules for trillions of loadout combinations. Customize the look of each Knight’s Lance with paint jobs, holographic banners, and nose art. Make planetfall on seven battlefields such as the frozen moon Europa, the sand worm-infested Bayesian Canyons, and the storm-ridden SFG Heavy Industries.

Synergize Knight and Lance loadouts alongside 11 other teammates for 12v12 mech battles within two different game modes. In Base Assault, work together to take down enemy generators, destroy defense turrets, capture new spawn points, and defend your team’s base to degrade enemy tickets over time. Deathmatch includes capturable bases for strategic play, but only kills remove tickets.

“Throughout early access, our community has implemented incredibly creative team and individual strategies,” said David Whatley, CEO, President, and Lead Designer at Simutronics. “Tricking enemies into chasing them through a teleporter with a proximity mine trap on the other side, guiding opponents with Arthur’s pings to eradicate them, and other devious schemes. Now that anyone can jump in, we expect to see even more intense battles worthy of their own legends.”

GALAHAD 3093 is available on PC via Steam for free today. All paying early adopters will have their support rewarded with the Trailblazer’s Pack for free, worth over $30 USD in value. GALAHAD 3093’s v1.0 launch on PC via Steam is planned for Q2 2023.