Teardown celebrates the community with Featured Mods list as part of Update 1.2 today 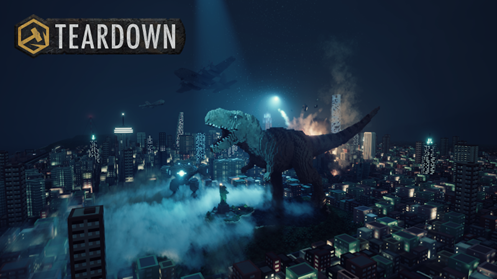 MALMÖ, Sweden – Oct. 24, 2022 – Tuxedo Labs has released Version 1.2 for Teardown, rolling out several improvements for the voxel-based sandbox heist game on Steam. To help celebrate the occasion, Teardown is available for 20% off on Steam now through October 31.

Teardown has long supported player mods with a built-in level editor and Steam Workshop integration, and now with Version 1.2 it’s a breeze to discover new maps, tools, vehicles, mini-games and more with Teardown’s new Featured Mods list. Curated by the Tuxedo Labs team, this showcase of the best community creations makes it quick and easy to expand your game experience as you wish.

In addition, Version 1.2 makes the tropical Muratori Beach map available as a sandbox level. Previously only accessible during parts of the campaign, now players can explore and search for secrets in this remote setting whenever they want.

Finally, Version 1.2 adds support for multiple controllers, enabling players on Steam Deck to use external gamepads while in a docked state. There are also a variety of minor bug fixes and updates to the game’s modding tools.

Plan the perfect heists with realistic physics in the fully destructible, voxel-simulated world of Teardown! Bring down walls with vehicles or explosives to create shortcuts, stack objects or build structures to reach higher, and use the environment and a range of tools to your advantage in the most creative ways you can imagine. Run, jump, drive and slingshot in the story campaign featuring 40 missions, test your skills in experimental challenges, or create your own no-pressure experiences with unlimited resources in Sandbox mode. Just don’t get caught!

Teardown officially released from early access in spring 2022 to enthusiastic reviews by fans and critics. For more on the game, visit https://teardowngame.com, and join the community on Twitter and Discord.