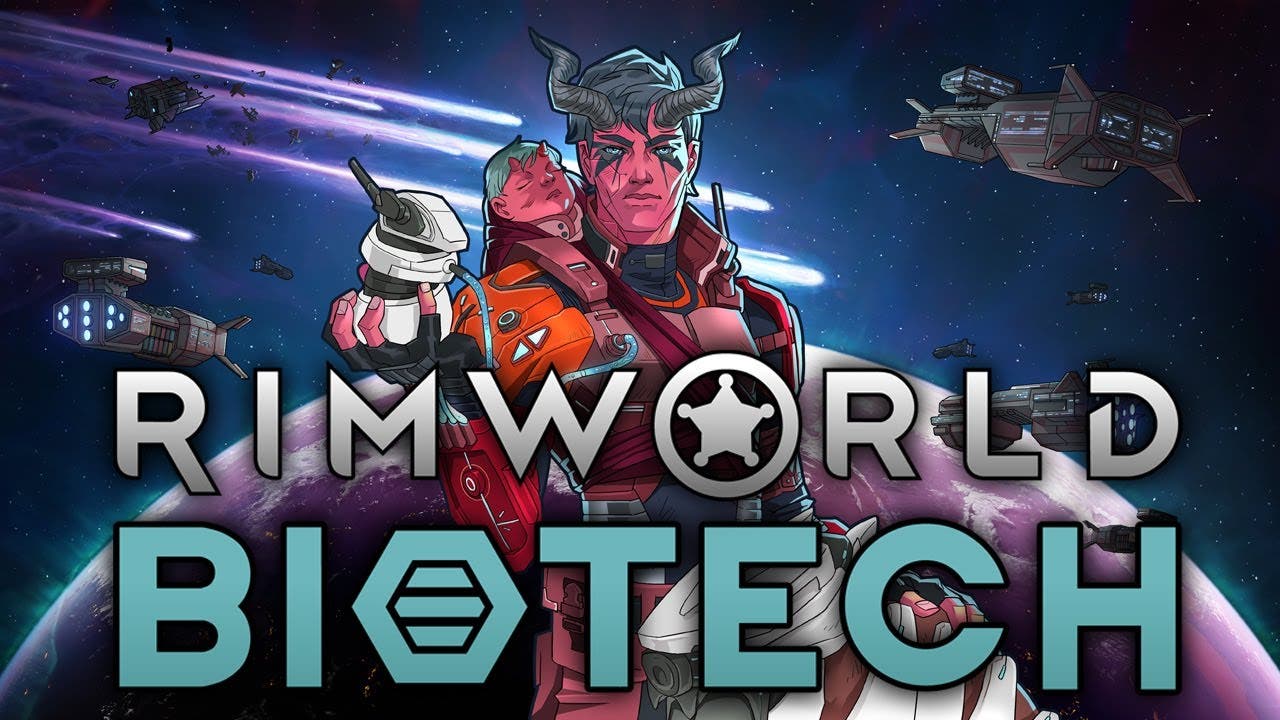 October 21st, 2022 – Ludeon Studios releases RimWorld – Biotech, the third expansion to the hit sci-fi colony sim. In Biotech, you can raise a family with children, control semi-sentient machines, and play with genetic modifications.

Have children and raise a family through natural or artificial means. Colonists could give birth or use a surrogate mother, take in a band of orphans, and even gestate embryos in machines. Play matchmaker with your colonists, or let their relationships grow organically. Prepare for labor and childcare, and get ready to welcome your little ones to the world!

Keep your baby’s tummy full with lots of good eats, decorate an adorable nursery for playtime, and build a comfortable crib for a good night’s rest. Happy babies make for happy colonists.

Give your children a rich and happy childhood by balancing their life with both work and play. Help kids fulfill their learning desires by letting them explore nature, chat on the radio, spend time in class, daydream, scribble, and watch the grown-ups at work. Choose your children’s traits and passions at certain ages – the more time spent on learning needs, the greater the variety of advantageous traits to pick from.

Growth vats offer an alternative to a normal upbringing. Use vats to accelerate your children’s development, sacrificing their childhood to churn out adult soldiers and simple workers.

Create your own genetically-modified colonists known as xenohumans. Curate a collection of exotic genes by purchasing them from traders, accepting them as quest rewards, or extracting them from your menagerie of xenohuman prisoners. Recombine genes to make bizarre and advantageous mixes of traits for implantation, and build your colony of xenohumans!

Engage with new factions consisting of exotic xenohumans. Xenohuman factions include hardy pig-people, poison-drinking waster pirates, unforgiving neanderthal hunters, and more. Factions feel different from each other – how you handle a group of frenzied fire-breathers will be different from stopping the wolf escorts sent by fur-bodied riflemen. Some xenohuman cultures are friendly, while others are hostile or prefer to be left alone.

Sanguophages pass among humans undetected while concealing superhuman powers and working to satiate their genetic need for blood. Powered by superintelligent nano-machines, sanguophages are ageless, immortal, preternaturally beautiful, and capable of launching deadly spines and healing allies. You may join their cult if deemed worthy, or force them to grant you immortality.

Make your colonist into a mechanitor – a person with a brain implant that lets them psychically command semi-living machines called mechanoids. Create mechanoids by growing them inside high-tech gestator tanks and command a wide variety of new combat and labor mechanoids.

Build a mechanoid army and experiment with a variety of battle tactics using swarms of cheap, disposable gunners, tanky defenders, shield-projecting snipers, flame-spitters, and more. At home, make mechanoid workers that can manufacture goods, rescue and tend to colonists, build and repair structures, sow and harvest crops, haul stuff, and other tasks. Grow your swarm and upgrade your mechanitor into an unstoppable mechlord.

Call down three new super-mechanoid bosses to fight. Defeat these super-deadly enemies and their escorts and harvest special mechanoid chips from their smoking husks to advance your mechanoid technology.

For full feature details, check out our dev blogs:

RimWorld – Biotech is available on Windows, Mac, and Linux.