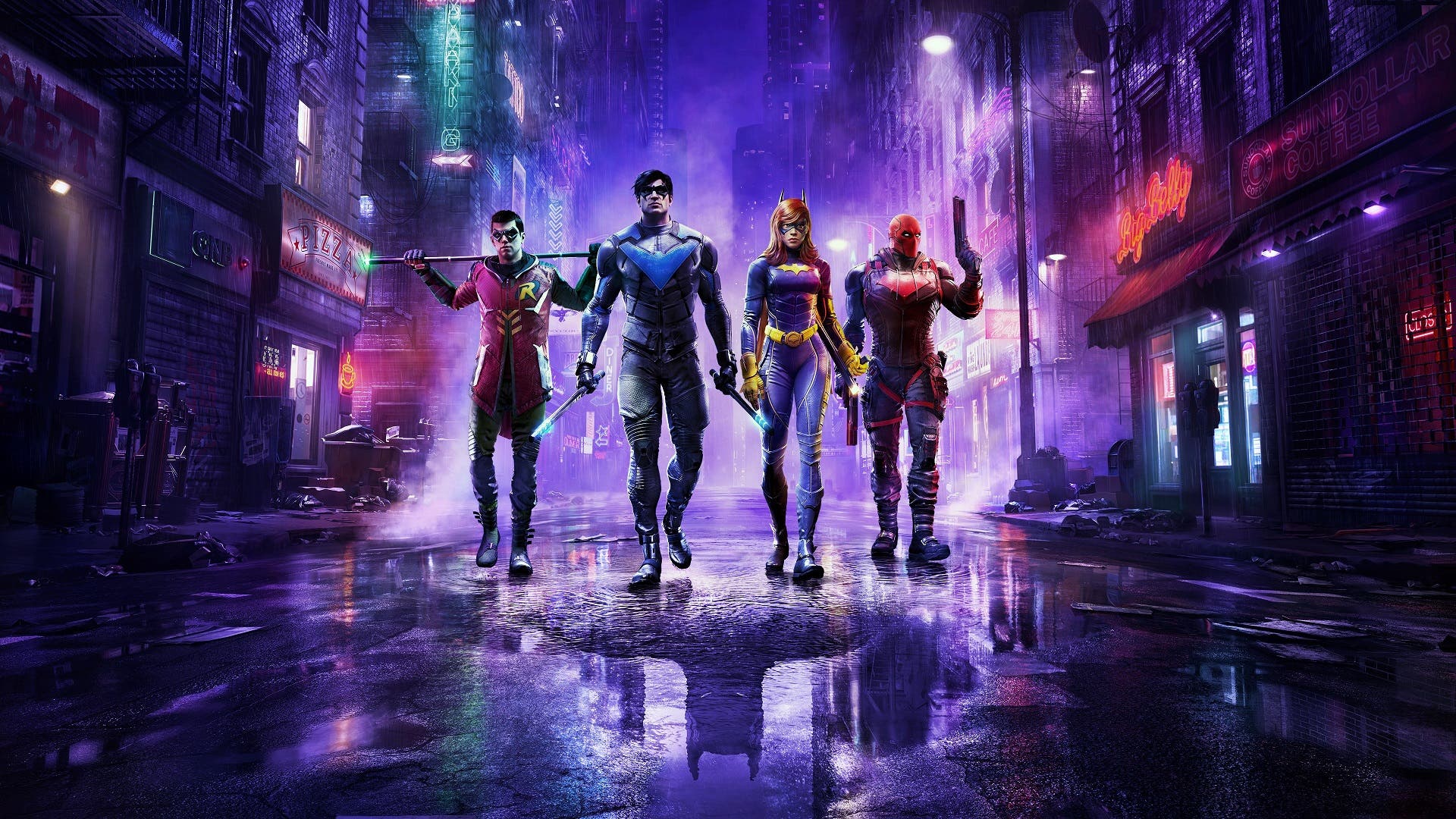 For seven years, we’ve had a Batman and Arkham-shaped hole in our hearts. Now that we have Gotham Knights, that hole is not quite filled with something as meaningful or impactful as what the Arkham series offered. This is an open-world action RPG with an emphasis on loot and crafting, a departure from expectation. There’s a good game in here, but WB Montreal makes you work for it, and while you do you’ll be longing for what Rocksteady did so well. Gotham is a moody, seedy, and fascinating city to patrol and investigate. Gotham Knights however, is a bland co-op loot brawler where the ambition outweighs the execution.

Both fortunately and unfortunately, Gotham Knights is not tied to Rocksteady’s Arkham games, like the developer’s own Batman: Arkham Origins was. This means there’s a new timeline, new universe, and new rules to contend with. However, one thing remains: Batman is dead. While the news of Batman’s death is not exaggerated, Gothamites are not all in agreement that he’s gone, being such a fixture for the city. Criminal and gang activity is on the rise, and it’s up to Batgirl, Nightwing, Robin, and Red Hood to step-up and become the vigilantes the city needs. Naturally, tensions are boiling in the Bat-clan as the group mourns the loss of their mentor, while having to move on. Another obstacle is that trust has to be rebuilt within the Gotham City Police Department (GCPD), as its under new leadership after the loss of Commissioner Gordon, as well. The story is a short, but sweet tale that includes some favorites from Batman’s past that need to be dealt with, like Mr. Freeze and Harley Quinn, while also introducing the highly anticipated Court of Owls. While none of these story beats reach the heights you’d want, I was still interested throughout. The investigations are a highlight, giving off the feeling like you’re the World’s Greatest Junior Detective.

This is still an action RPG with experience points that accumulate into skill points that can be spent on improving your character. This is also still a brawler, but it’s a looter. This emphasis, means that enemies will be scaled to or near your level, and the quality of the gear you have equipped must be also to that level in order to be competitive. This means you’ll have got grind a lot of crimes to get experience or material drops to be effective in combat. This doesn’t add longevity, but rather frustration. Thankfully, they do get one of many things right like leveling up one character also levels up others. Meaning, there’s shared levels so you don’t have to level them separately.

The game is split between day and night. Day is where you have discussions with the team, learn more about characters, and piece the puzzle together for your investigations. At night, is when you go out on patrol to stop crime, chase leads, and progress the bigger story beats. I really like spending time at night in Gotham to explore and traverse with just the grappling hook or the new bike. Alternatively, seeing daytime for the first time at the Belfry hideout in a Bat-adjacent game is refreshing. It shows both sides of the characters and allows them to be human and how they end up burning the candle at both ends, like their mentor. It’s then several hours later that when things start to open up, they are level gated, requiring grinding to get to the requisite level. Other times, it’ll ask that you interrogate specific enemies in order to move things like the main quest forward. This is not fun to be barricaded off for those who want to just enjoy the story, but it does force you to spend more time in the city that I became quite fond of.

There are four playable characters: Batgirl, Nightwing, Robin, and Red Hood – who are only swappable only during the day at the Belfry. Each of them are distinct, but carry enough similarities in how you play them that when played in co-op, doesn’t feel like the “best” character is always taken. An exception is Red Hood, who wields dual pistols with non-lethal rounds. I do find it interesting that there’s four characters, but only a maximum of 2-player co-op exists. This feels halfway there, and would be really awesome. A positive here for co-op play, is that the players are not tethered to each other and can go off in different directions to take down crime their own way and team up only when necessary.

For a game so focused on combat, it’s easily the worst and clumsiest part about playing Gotham Knights. It’s so slow, too. Unliked the Batman Arkham games, it seems to go for more realism, but even then the moves seem to run at half-speed. In a way that can only seem to be contrarian, there’s no counter button that we’ve become so accustomed to. Here you can only dodge, and even then that’s not a reliable way to avoid being punched in the face. It feels noticeably absent and a personal affront. There’s nothing freeflow about this combat, going for a more basic route between melee and ranged combat. Due to the way that the loot, level system, and combat works in this game, it gives enemies a power that they have a chance at defeating you as part of the up-and-coming new Knights of Gotham. For that alone, it really succeeds in humbling you as the player as you rise to greatness.

It’s baffling that basic abilities like gliding are not accessible from the get-go. You have to satisfy a checklist of challenges to unlock your character’s unique traversal ability, which is not shared across characters. There is a neat “ah ha” moment for each character to reach this moment, but from a gameplay perspective is disappointing. It’s here where the fourth skill tree, Knighthood opens up with some really great abilities that seems artificially gated. You can jump off tall buildings without hurting yourself (a la Marvel’s Spider-Man). Since most of the Bat toys were destroyed in the opening cutscene, the only thing available to our heroes is the Bat cycle. It’s not the worst thing, and I grew to appreciate it the more I used it, but it’s a far cry from the armored tank we drove last. I can’t help but laugh any time Red Hood gets on it, as it looks like an oversized adult riding a kid’s bike. What does make sense, is that Momentum Abilities slowly become available through play of the game. These enhance combat greatly, but are very overpowered. I don’t mind how these are doled out in comparison to everything else, feels like a slow drip. 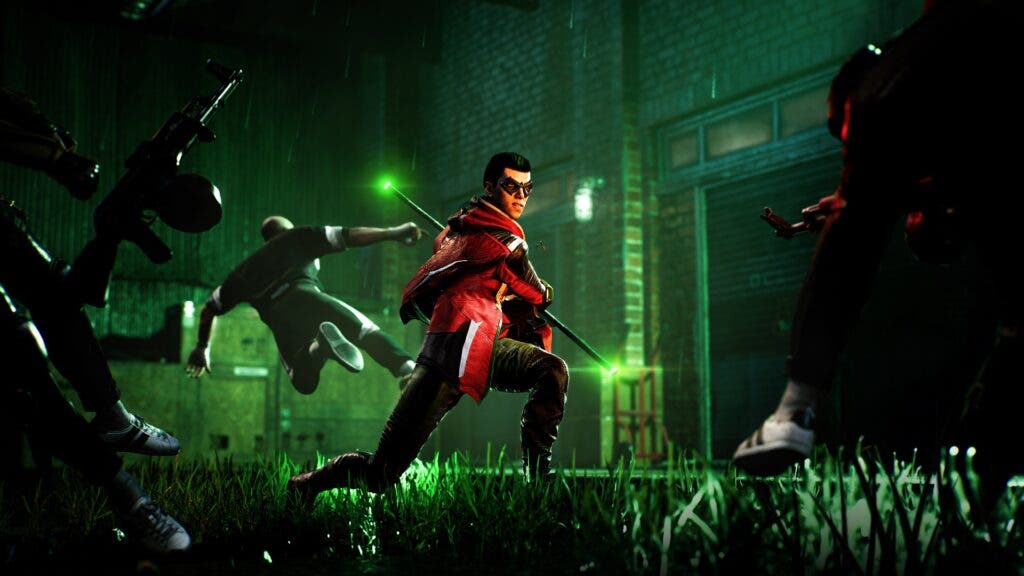 During your patrols of the city, you’ll be collecting materials from fallen enemies that will be used to craft outfits as well as melee and ranged weapons. You’ll be able to craft them with varying degrees of potency based on elemental damage or offering a specific rarity. There’s also a mod system, and it all feels superfluous and not fitting for the type of game it is. It takes several hours for the fun to kick-in, and enjoying the numbers going up is rather satisfying. The outfits are the highlight of the game, with about fifteen different looks from various comic sources, has shades of Marvel’s Spider-Man in terms of letting you look like your favorite incarnation of the masked vigilantes across various comics and graphic novels. There’s also unlockable palette swaps you can use to further make them unique. I do wish the game would help identify where these outfits are coming from, to help anyone new to DC learn more.

Navigating Gotham can be don ewith the Batcycle, each character’s traversal ability, and fast travel. It doesn’t come up until a few hours in, but you’ll get a jet-powered glider to get you across town quickly via fast travel points. There’s certain areas that will be locked down from fast travel until you do some light work to open them up. Like a lot about the game, it takes several hours for getting around to feel less friction, and more fun to do.

Gotham Knights doesn’t feel totally optimized to me, specifically when it comes to the Ray Tracing implementation. With ray tracing enabled, my framerate can barely hold 60fps at 1440p. When I turn ray tracing off, my framerate doubles, and fixed all my performance issues, even though it shouldn’t be that taxing. After comparing the settings, it just isn’t worth the performance cost and cutting my framerate in half, and I prefer having the game run just over 120fps. I hope there can be improvements made to further optimizing the game, but I think the sweet spot is having RT disabled and everything else maxed for the best gameplay experience. 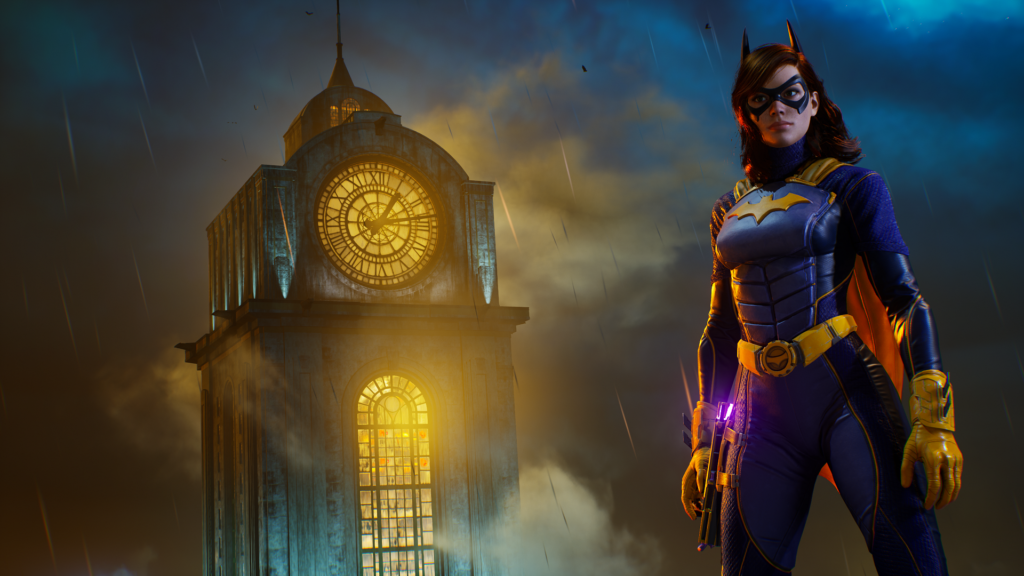 Gotham Knights features a lot of perplexing changes, and suffers from being a good game fraught with bad decisions. While I think the combat can be sluggish, and the grind is not especially interesting or engaging, it never stopped me from having fun. When the game gets out of its own way, I was having a blast solving crimes and interacting with my favorite villains. It’s these glimmers of greatness that’ll keep its hold on you just long enough to see the credits. This won’t be able to take on the mantle and legacy that Batman: Arkham Knight left behind, but that’s okay, and so is Gotham Knights.