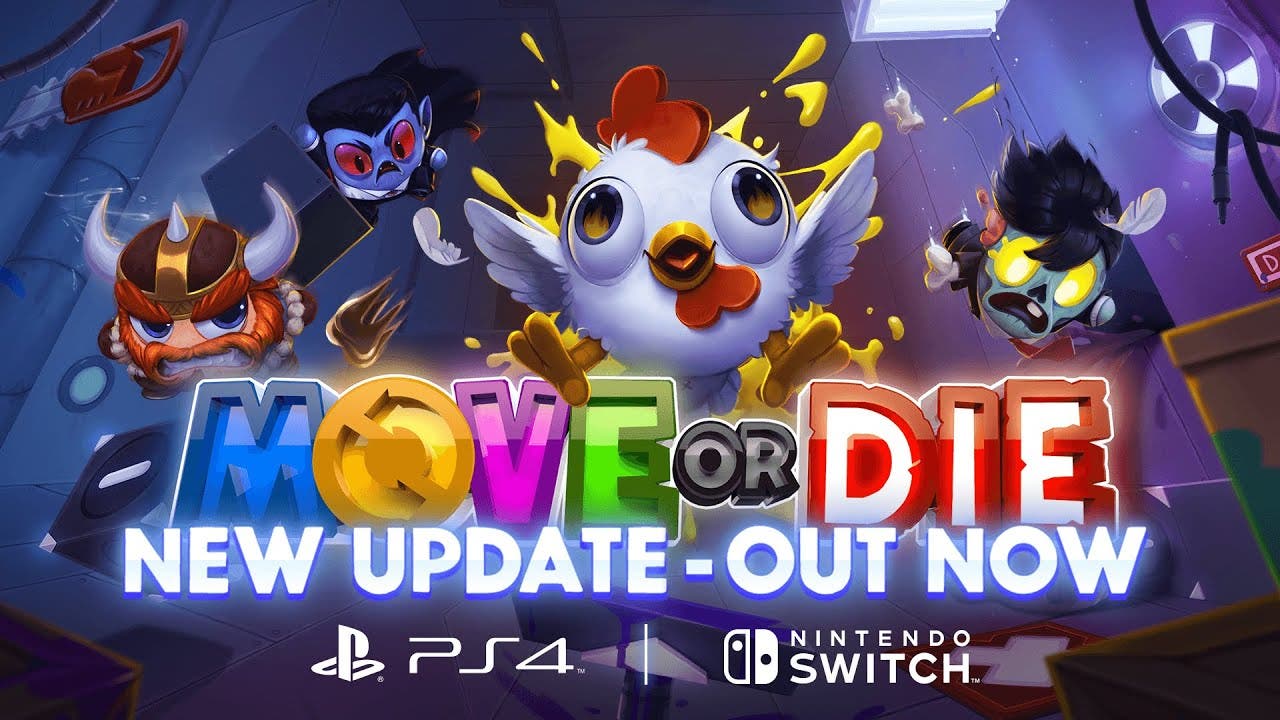 Move or Die, the friendship-ruining party game from indie studio and publisher Those Awesome Guys (Monster Prom)  is once again syncing its console content with its PC counterpart. The ‘unhinged’ update delivers a fresh batch of game modes, characters and cosmetics, plus a special collaboration with horror-fan favorite game Dead by Daylight.

The “Unhinged” update is out today on PlayStation 4 and Switch.

About the Unhinged update:

Move or Die is the fast-paced four-player party game where the rules change every 20 seconds. Over the years, the game has accumulated a massive line-up of game modes, mutators and characters, giving players the opportunity to mix and match mechanics as they please, leading to a gameplay experience that is anything but dull.

Following their PlayStation 4 and Nintendo Switch releases, the developers have undergone the hefty task of matching the former PC-only content to their consoles counterpart. Starting today, players will be able to update their game and discover a whole batch of fresh content, including a blood-curdling Dead by Daylight collaboration, new game modes, characters and more – perfect spooky Halloween material!