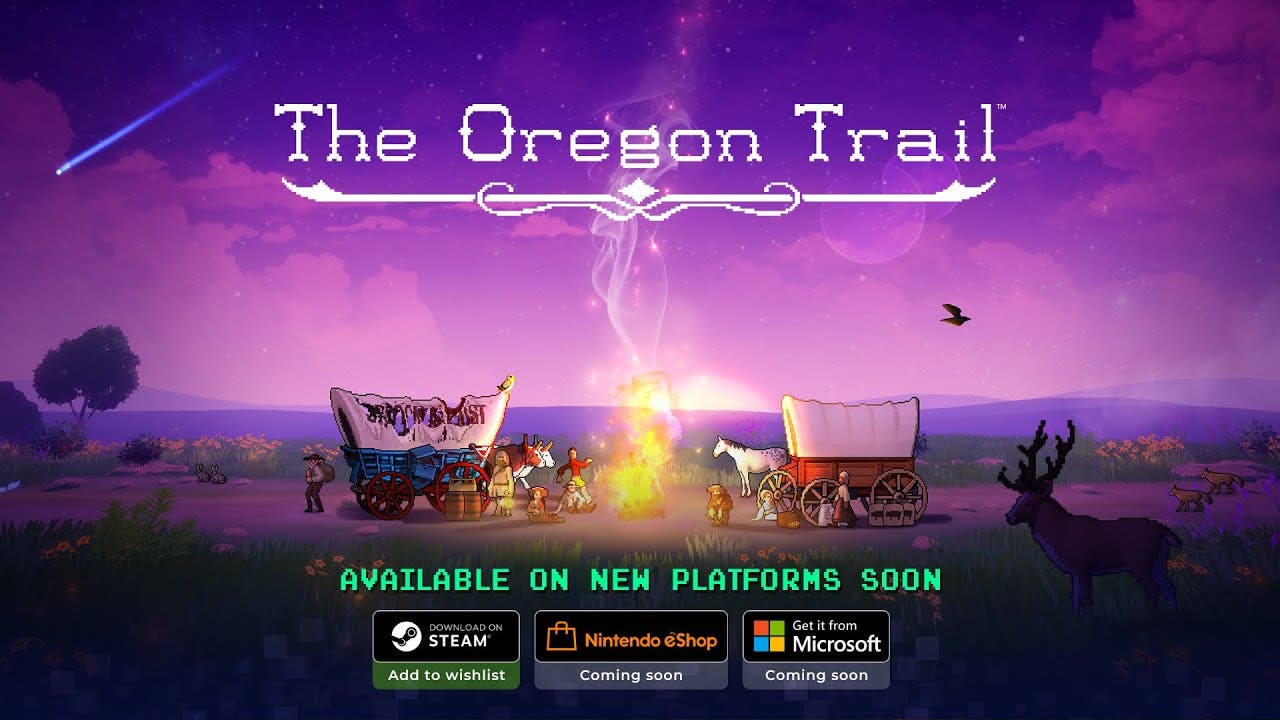 PARIS, FRANCE – October 31, 2022 – Gameloft, a leader in the development and publishing of games, and HarperCollins Productions, are thrilled to announce that The Oregon Trail™, the multiple award-winning official successor to the global phenomenon, is journeying to other platforms and will be soon available to play on Steam, Windows, and Nintendo Switch™ for $29.99 USD. Originally released on Apple Arcade in April 2021, The Oregon Trail was Apple Arcade’s most downloaded game of the year. Now, PC and Nintendo Switch players will be able to experience Gameloft Brisbane’s modern take of the classic game on November 14th, 2022.

In The Oregon Trail, players are put at the center of all the trials and tribulations of the journey westward. They must stock their wagon, choose their traveling party, and make sure they all arrive safely to Oregon by making tough choices in dangerous and unexpected situations. Players will also learn the real history behind the trail, including the Native American experience, which is a first in the franchise.

The November release of The Oregon Trail will be a faithful adaptation of the Apple Arcade version and has been created with the support of Gameloft Lviv. It includes all five previous content updates, and the latest new features include more accessibility options, events, and visual filters to see the game in a whole new way! The Oregon Trail is already available to wishlist on Steam and will be listed soon on the Nintendo eShop. It will also be available for preorder on Microsoft Store starting November, 7th.

“We’re incredibly excited for even more players to experience The Oregon Trail,” said David MacMinn, Game Manager. “We’re pleased to see our game expand to multiple new platforms, and we hope PC and Nintendo players will enjoy their time on the trail as much as we did making it.”

“The gameplay in our new version of The Oregon Trail has proven to be as exciting and sticky as it was in the ‘90s,” said Caroline Fraser, Head of HarperCollins Productions. “The stunning graphics will grab players as they journey west and confront new dangers, meet a wide cast of historical figures, and overcome challenging obstacles on their way to Oregon.”