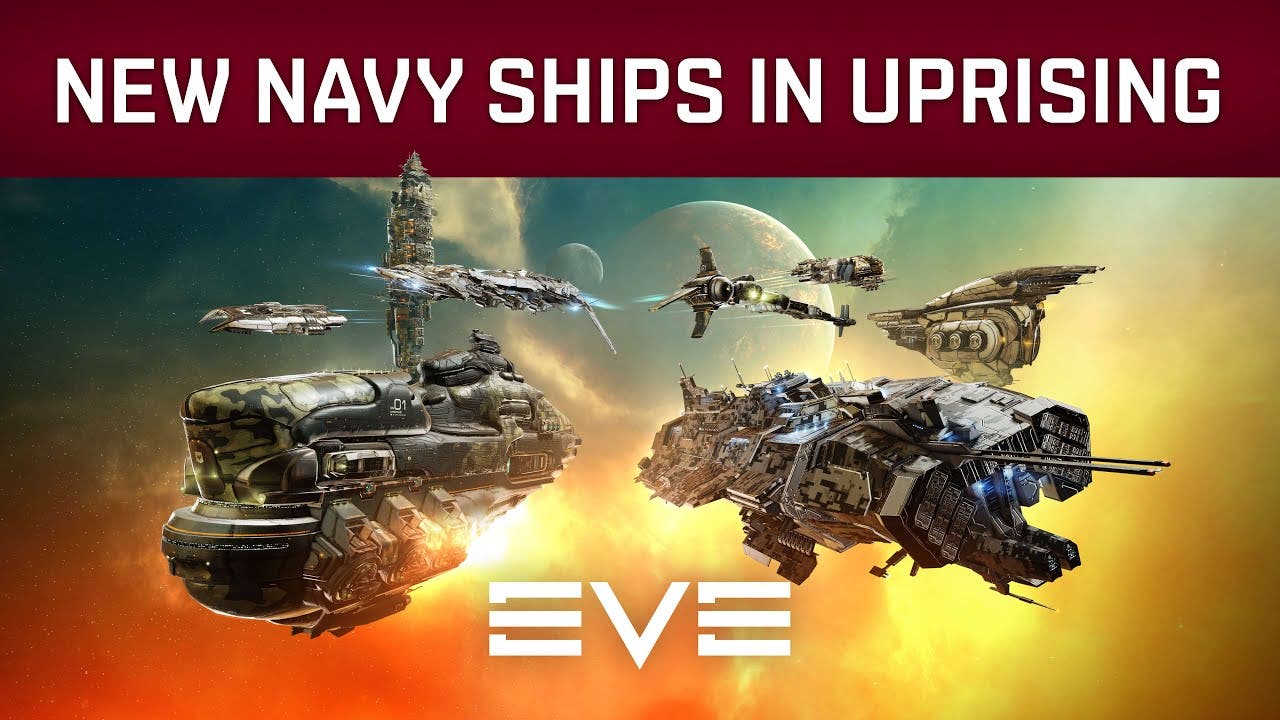 Choose your fight and fly your colors in the Uprising expansion, launching for EVE Online on November 8th

Reykjavík, Iceland – November 1, 2022 – CCP Games announced that EVE: Uprising, the latest narrative-driven expansion for spacefaring MMO EVE Online, will launch on November 8, 2022.  With battle lines redrawn and a call to arms heard across New Eden, capsuleers will now be able to pilot 16 new Navy ships. Each empire is set to receive new frigates, battlecruisers, destroyers, and dreadnoughts, giving players more ways to fight, explore, and interact as they seek to carve out their role in the universe. Today’s trailer showcases each vessel in beautiful detail:

EVE: Uprising brings a series of fresh content and features alongside numerous graphical and performance enhancements to EVE Online. The future of war has arrived with an intense combat-evolved update to Factional Warfare. Enlisted players can claim territory on behalf of their empire and engage other factions via new ‘Frontlines’: drawing pilots closer to the front of the battlefield to obtain rewards and strategic advantages over their enemies. As Factional Warfare evolves with further changes, players will see the battlefield of New Eden pose new challenges, threats, and unexpected consequences.

Further information about EVE: Uprising, including Factional Warfare feature updates, new Navy ships, and more can be found in the blog post here.

EVE Online can be downloaded for free by visiting www.eveonline.com. For all the latest information about the game, please visit EVE News.