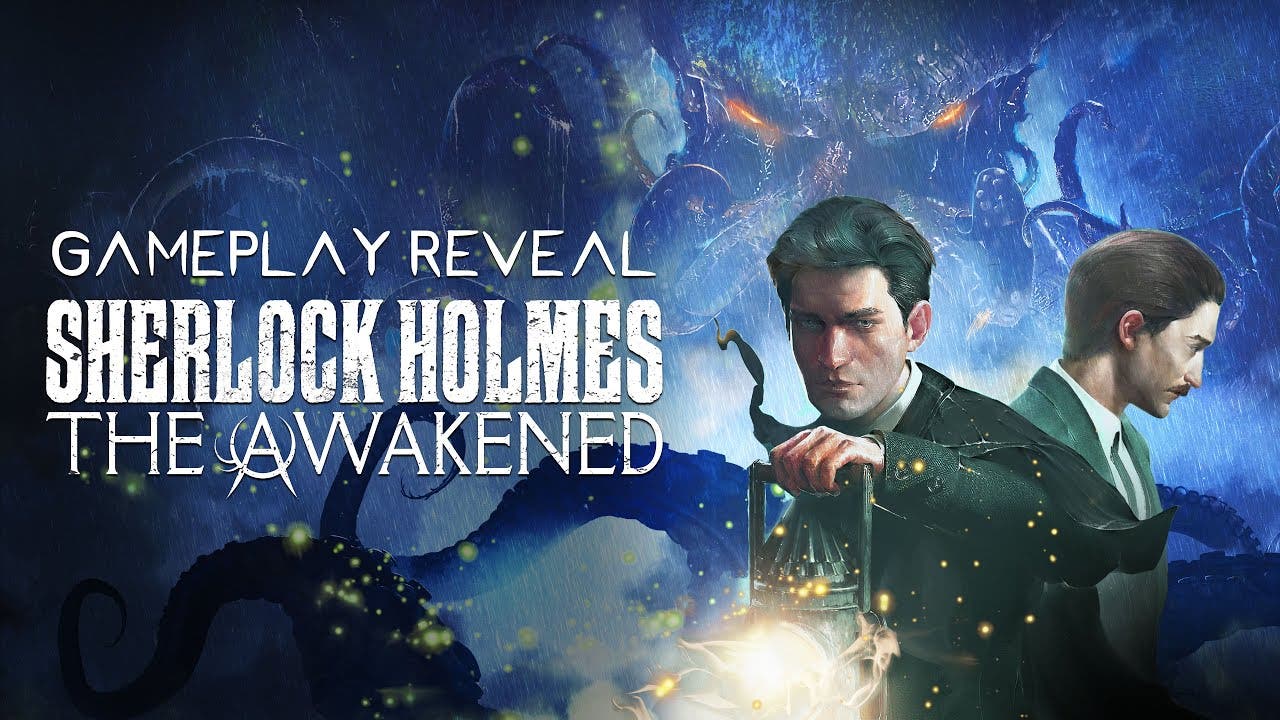 The Sherlock meets Cthulhu horror adventure sees a young Sherlock Holmes and John Watson undertake a chilling and psyche-shattering case that will forever bond and scar the duo. What seems like a straightforward case of a missing person quickly spirals into a web of conspiracies by a nefarious cult that worships the eldritch god Cthulhu and are attempting to bring about an ancient prophecy.

The trailer showcases the dark and murky setting taking place across multiple countries and continents. There are also glimpses at some of the tools and tricks Sherlock has in his arsenal to get to the truth. Piece together key moments in a crime using his imagination. Interrogate suspects to get the info you need. Connecting the clues to create possible theories to pursue. And sanity-questioning puzzles and sequences that show Sherlock ‘s state of mind falling ever deeper into ruin as he comes closer and closer to a truth that no ordinary human being could comprehend. At times Sherlock is so far gone, you will take on the role of John Watson in order to try to bring your dear friend back from the brink.

The Awakened will be coming to PC, PS4, PS5, XB1, Xbox Series X/S and Nintendo Switch and is planned for a February / March 2023 release window. This is still going ahead despite the recent strikes on civilian infrastructure that have made regular work a challenge for the team.

“By around May or June 2022, our team had become quite stable and adept at working with the war raging on in the background. But since October, missile strikes across the entire country have ramped up immensely with civilian electricity, internet and water infrastructure being the main targets. So, like the whole country , we are grappling with constant power outages, unstable internet connections, heating issues and so forth. It’s an inconvenience that hinders our work, brought to us courtesy of an incompetent and cowardly army who need to try starve and freeze civilians in order to claim victory. But we have figured out ways to deal with these hurdles like everyone else and simply keep moving forward.” – Sergiy Oganesyan, Head of Publishing, Frogwares

Sherlock Holmes The Awakened is a Cthulhu meets Sherlock Holmes detective horror adventure. The game acts as a continuation of young Sherlock’s story with Holmes and Watson undertaking their first major case together. An Eldritch god-obsessed cult is making moves in the shadows to bring about a world-altering prophecy and it’s up to the young detective duo to thwart their plans. This is a creative take on what horror-filled and reality-breaking events could have met our heroes at such a crucial point in their lives to go on and shape them into the characters we all know they become. Delve into the trauma and fear that cements their friendship for good and the revelations that break Sherlock’s mind to create the flawed and haunted genius he is destined to be. Originally released in 2006, The Awakened is a full remake and substantial rewrite being rebuilt and redesigned from the ground up to run in Unreal Engine 4.