The stick-figure Loathing universe expands today with the surprise release of Shadows Over Loathing, a horror-tinged comedy adventure/RPG that transports you to the shady side of an already black-and-white world.

Following five years of under-wraps development, this successor to 2017’s West of Loathing and the long-running MMORPG The Kingdom of Loathing is available on Steam for PC and Mac. The game is regularly priced at $23, with a 15% launch discount through November 18.

ABOUT SHADOWS OVER LOATHING
Monsters, mobsters, and mysteries. Explore a sprawling open world chock full of danger, quests, puzzles, and stick figures in this single-player comedy adventure/RPG set in the prohibition era of the Loathing universe. 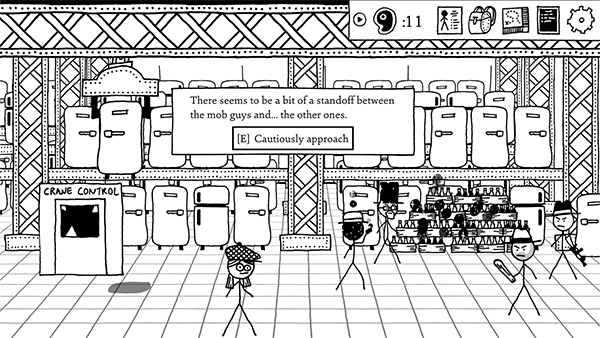 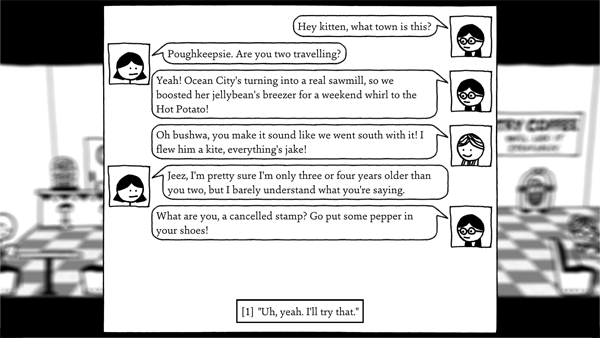 Your Uncle Murray has requested your aid at his antique shop in Ocean City, but upon your arrival the old man is nowhere to be found. Your investigation into his disappearance and the artifacts he’s been collecting takes a turn when you stumble across some shadowy plots (and a bunch of squirming eldritch tentacles) that threaten to bring about the end of the world.

Shadows Over Loathing is a vastly larger game than its Wild West cousin, featuring authentically baffling 1920s slang, strategic turn-based combat (but only if you want it), inappropriate fishing, cursed antiques, a corrupt government to be overthrown at your leisure, an infinitely tall building, sentient math, and much more.

See how many enemies you can stuff into a phone booth as the athletic Pig Skinner, control the curds and whey of the cosmos as the cunning Cheese Wizard, or march to the beat of your own inscrutable purposes as the hip Jazz Agent. Just watch out for those non-Euclidean horrors lurking just beyond the edges of the screen… 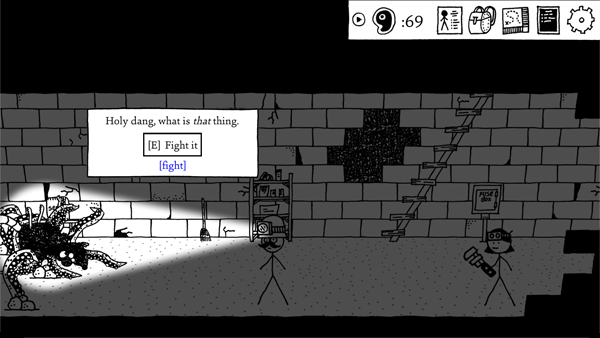