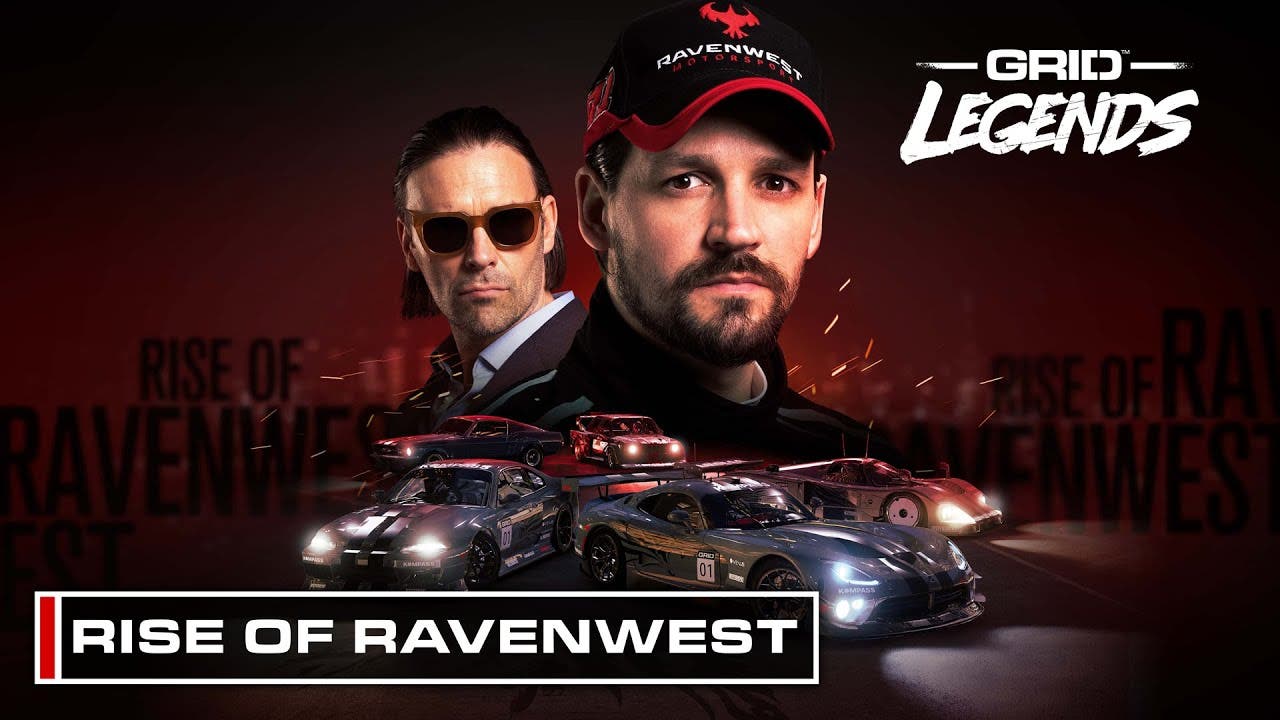 Redwood City, Calif. – November 17, 2022 – Codemasters™ and Electronic Arts Inc. (NASDAQ: EA) today release Rise of Ravenwest*, a new story-based expansion for GRID™ Legends. The update sheds light on the history of Ravenwest, the most infamous team in the GRID World Series, and uncovers how they built their scandalous reputation through 11 new themed Story Experiences. Players will also receive  four newly-added classic and powerful vehicles as they speed through updated tracks, including the sunny yet treacherous city of Miami.

The third expansion of the series focuses on Ravenwest Motorsport’s ace driver, Nathan McKane, one of the main characters of the ‘Driven to Glory’ story mode. It embarks players on the epic journey starting with Ravenwest’s inception, following the events that propelled the team to stardom and fifth-time consecutive GRID World Series Championships.

The four new vehicles joining the eclectic roster include some of the most iconic and cult status cars – BMW 320 Turbo Group 5, 1967 Chevrolet Corvette, 1971 Plymouth GTX, 1967 Ford Mustang Fastback      – which help represent the evolution and undertone of Ravenwest. In addition to four new layout variants for the Miami track, Ramps and Boost zones have also been included to existing routes. Three new sponsored Career Events and a host of icons, liveries and banners for in-game use are also available in this pack.

“Constantly racing with a chip on his shoulder, navigating family expectations and criticism from the media, this new DLC gives us the opportunity to explore the story behind the series’ antagonist. There is more to his ‘take no prisoners’ racing style and ‘win at all costs’ mentality than the eye can see,” said Paul Lovell, Senior Games Designer at Codemasters. “We invite players to dig deeper into the story of one of the most interesting and controversial characters within the GRID universe, fighting off the competition and ensuring Ravenwest’s success no matter the cost.”

GRID Legends’ new Rise of Ravenwest pack is available for purchase today on Xbox Series X|S and PlayStation®5, alongside PlayStation 4, Xbox One, and PC. Deluxe Edition owners will get instant access to this update and can invite friends to play for free**.

**Access available to friend(s) during sessions where the Deluxe Edition owner plays. One user must own the DLC. Both players must be online simultaneously to play.