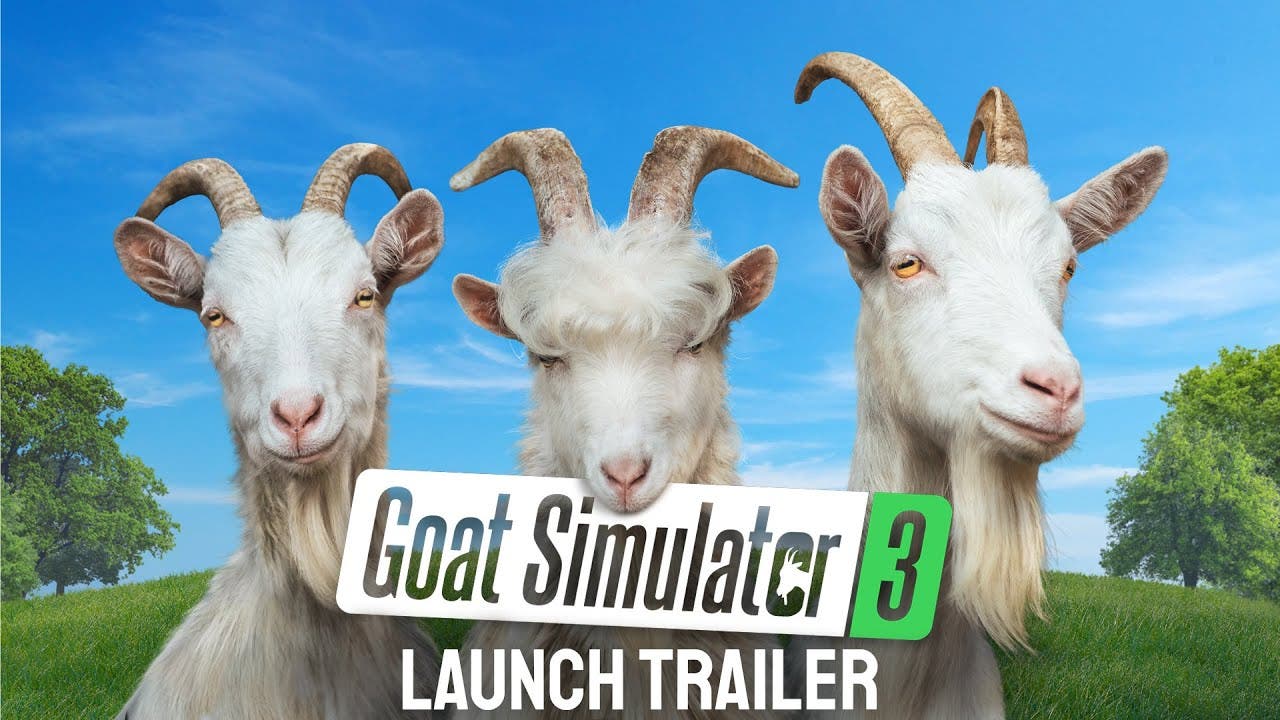 STOCKHOLM, Sweden. 17th November 2022 — Coffee Stain Publishing and Coffee Stain North are excited to announce that Goat Simulator 3 has been released into the world. It’s too late now; the pen is open, the goats are free.

Goat Simulator 3 is available right now exclusively via the Epic Games Store on PC, as well as PlayStation 5 and Xbox Series X/S.

Players can either roam solo or herd together for up to four-person multiplayer, competing in minigames, completing quests, and uncovering the mysteries of a secret goat society – just normal goat things.

Santiago Ferrero, Creative Director at Coffee Stain North said: “The time has come for us to ask people nicely to buy our stupid game. I can’t tell you if Goat Simulator 3 is worth the money, but I can tell you we sure spent a lot making it, so toss a coin to a developer and help us out because we have so many more silly ideas we want to unleash onto the world! On behalf of everyone at Coffee Stain North, we’re sorry or you’re welcome depending on what you think!”

For more information on all things Goat, head to the official Goat Simulator 3 website.

Goat Simulator 3 is available right now on PC via the Epic Games Store, as well as PlayStation 5 and Xbox Series X/S.