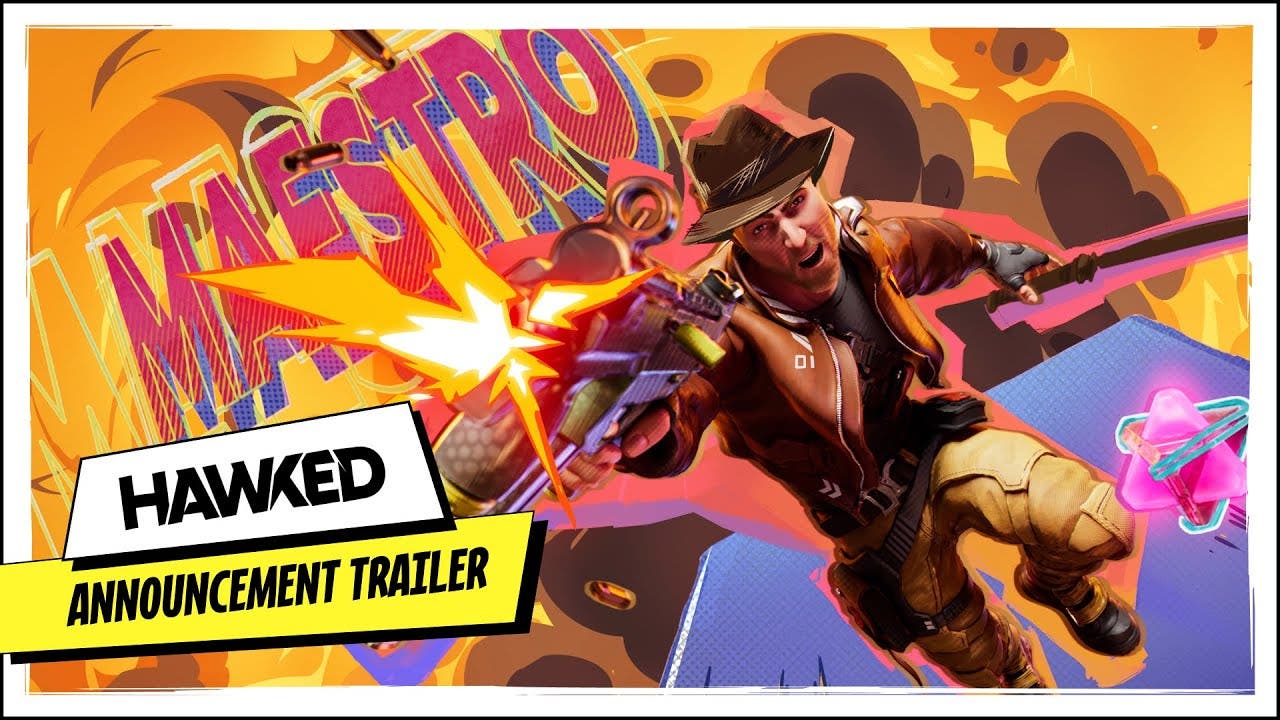 HAWKED is a comic pop art PvPvE extraction shooter in search of treasure and fame for PC and consoles, Closed Alpha starts soon

Amsterdam — November 22. Publisher and developer Upwake.me has announced HAWKED, a PvPvE extraction shooter. The new title will be available on PlayStation 4, PlayStation 5, Xbox Series X|S, Xbox One and PC. Closed Alpha will start November 24 for PC players on Steam in which they can take a first look at the Hunt mode, playable either solo or in squads of three.

HAWKED is an online shooter in which teams or solo players race to collect and extract treasure from a remote island. Players must explore this mysterious island, compete with each other, and battle greedy saurian so called Disciples in an all-out heist for treasure and mystical artifacts. But it’s not just the monsters they’ll have to worry about, other players are gunning for their treasure too. Players will also have to contend with puzzles and traps, hazardous environments, and a variety of other challenges along the way.

For the closed Alpha, the core game mode will be Hunt in which players will be scouring the island for Artifacts. However, the Artifacts are not just for scoring points, they are usable items providing in-game benefits that, once a player extracts them, are theirs to keep for future games. During the game, there are multiple ways of getting Artifacts. They can be looted from defeated players but also via PvE encounters such as a Glyph encounter. During these encounters, a player can secure four glyphs with which they can open the Vault which contains multiple Artifacts. The player with the most Artifacts will be the grand winner, however it’s intended by the developer that extracting even one Artifact is also rewarding enough that any player feels they can achieve something worthwhile in every game.

In the world of Hawked, the adventurers guild GRAIL has recently made the discovery of a lifetime: X-Isle, a mysterious island that harbors powerful artifacts from a lost civilization. However, GRAIL’s attempts at extracting the artifacts fail when the island’s monstrous inhabitants attack. Enter the Renegades, treasure-hunting mercenaries with a penchant for plundering. As Renegades the players will have access to a large collection of weapons and gadgets, battle vicious monsters, outwit enemies, and gun down each other while roaming the island. Players will run, jump, surf, zipline, and soar through an ever-evolving world filled with deadly hazards, lush jungles, and ancient ruins.

Players need to solve puzzles and dodge traps to steal treasure, extract them, and escape the island. Reclaimed riches can be used to upgrade gear and abilities, and players can extensively tweak their Renegade with customizable loadouts and abilities. Wield new weapons and equipment like katanas and grappling hooks to specialize in stealth, defense, or lightning fast looting.

HAWKED’s Closed Alpha Test will be playable from November 24 until November 28 on Steam. Alpha players will be testing the Hunt Mode of the game, more information about Closed Alpha participation can be found on the official website (link). The developers are eager to gather feedback during this formative period for the game. Feedback from testers will be important for future development and honing the vision of making a fast-paced, kinetic extraction shooter.

HAWKED is an online PvPvE extraction shooter coming soon to PC and consoles. Go Solo or Squad up to explore a mysterious island, battle monsters, outwit enemy players, and steal arcane Artifacts in an all-out treasure hunt. Loot is persistent — extract it to develop and customize your Renegade with new abilities and cosmetics.