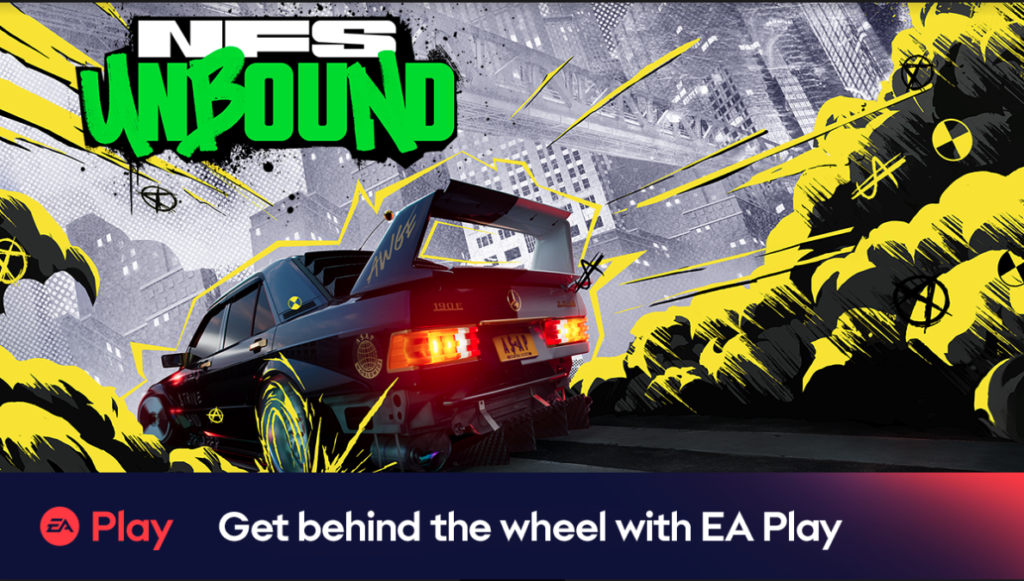 Need for Speed™ Unbound, the latest edition in the Need for Speed™ franchise, is set to launch on December 2, but EA Play is bringing the thrill of the race and the rush of the chase to members early!*

Today, EA Play members can race to the top with a 10-hour Early Access trial – days before release – while EA Play Pro members can get unlimited access to Need for Speed Unbound Palace Edition. EA Play Pro members who play the game will also have access to four stunning custom cars, a clothing pack, driving effect, decals and license plate, as well as a character pose and banner artwork.

Early access to Need for Speed Unbound puts players in the driver seat of their own street racing fantasy as they outsmart cops and prove they have what it takes to win The Grand, Lakeshore’s ultimate street racing challenge. The game brings an all-new, unique visual style blending elements of street art with the most realistic looking cars in the franchise’s history. Built for the new generation of technology, Need for Speed Unbound features 4K resolution at 60 FPS for the first time in the series.

With EA Play’s 10-hour trials, players can get their hands on select new releases – like Need for Speed Unbound – and if they decide to buy, they can save 10% on their purchase of the full game (plus, their saved progress will carry over). Need for Speed fans score monthly with EA Play, with a selection of member-only rewards alongside a myriad of monthly rewards for several other fan-favorite games.

Visit the EA Play website for more details on all the EA Play member benefits this month.