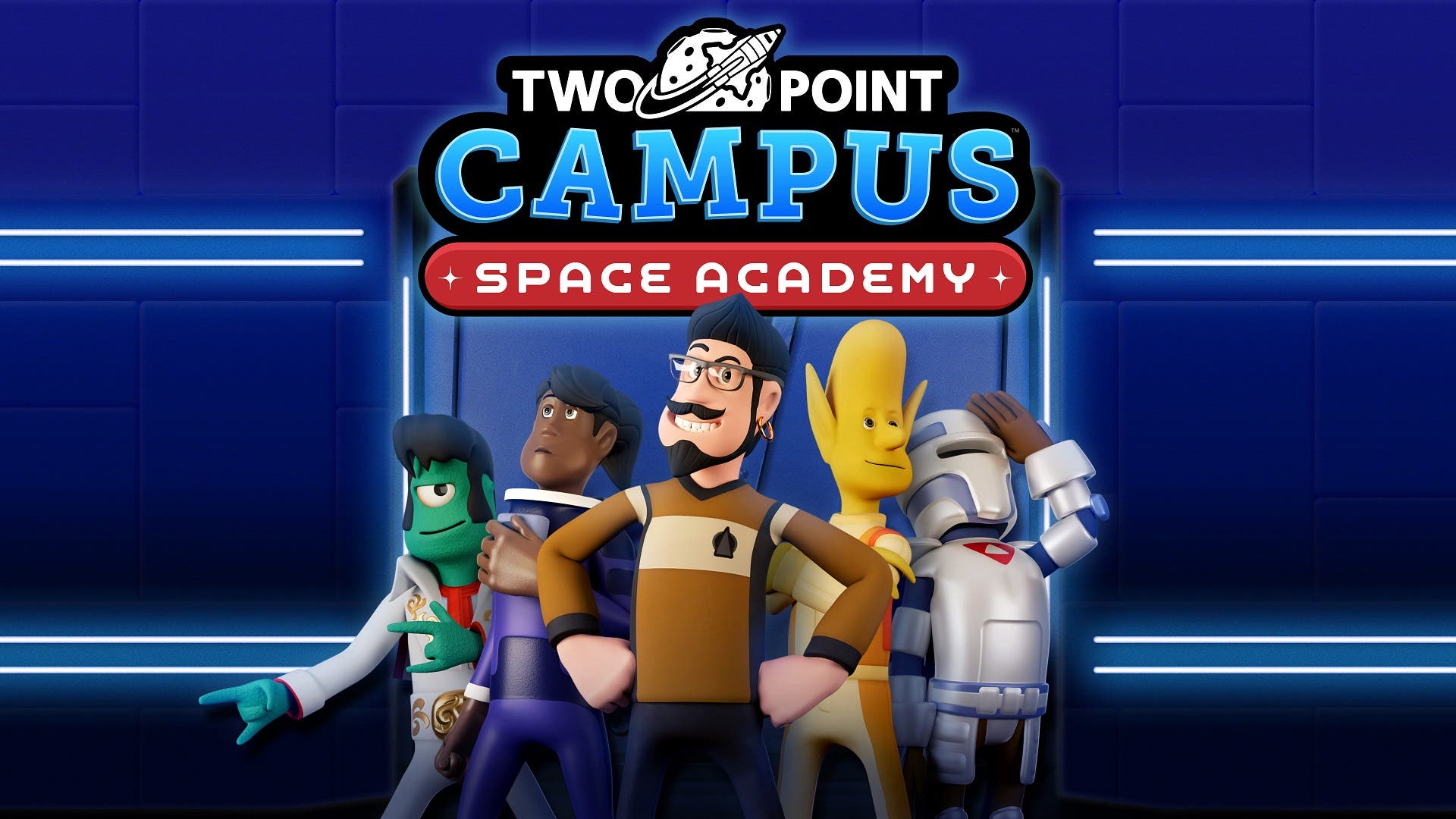 It’s been four months since the release of Two Point Campus, and the first DLC is here that actually shoots for the stars. In Space Academy, you’re faced with the arduous task of making going to space an attractive option. There’s a whole lot to love here, and is my favorite theme throughout the whole game. Because of the kooky humor that Two Point Studios is known for, Space Academy is a delightful space oddity. 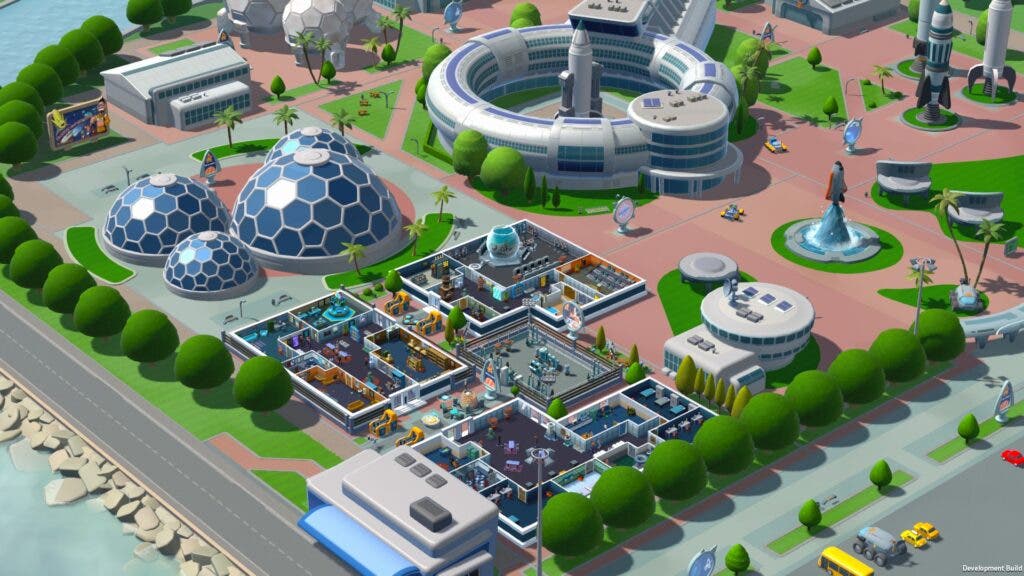 Two Point Campus has a bit of a requirement to pass before you’re able to play this DLC. The game shipped with twelve levels, and in order to get started in building out your own space academy, you have to complete the fourth level, Nobelstead first. It’s after meeting that requirement that the first level of Space Academy will become available to you. The introductory cutscene informs you that Captain Yesterday (from that famous sci-fi TV show) is restarting Two Point County’s space program. It’s been a tough road in the past, because somehow people are not interested in going to space. As a school administrator, you’ve got a tough yet really fun task ahead of you to make this endeavor successful.

There’s three whole levels dedicated to the space academy, equivalent to one-fourth of the base game. First there’s Universe City, followed by Cape Shrapnull, and finally Cheesy Heap. These three levels feel like an actual progression and tell a story in a way the base game never did. Cheesy Heap is a clear standout, taking place on an asteroid for not only the most visually distinct level, but the funniest to cap it all off. Two Point Studios couldn’t nod any harder at this Wallace & Gromit reference. I loved all the levels in this and it made me want to achieve the coveted three-stars on all of them. It’s a commitment I gave up on halfway through the base game, but for these are so fun, so enthralling, I just wanted to spend more time here. 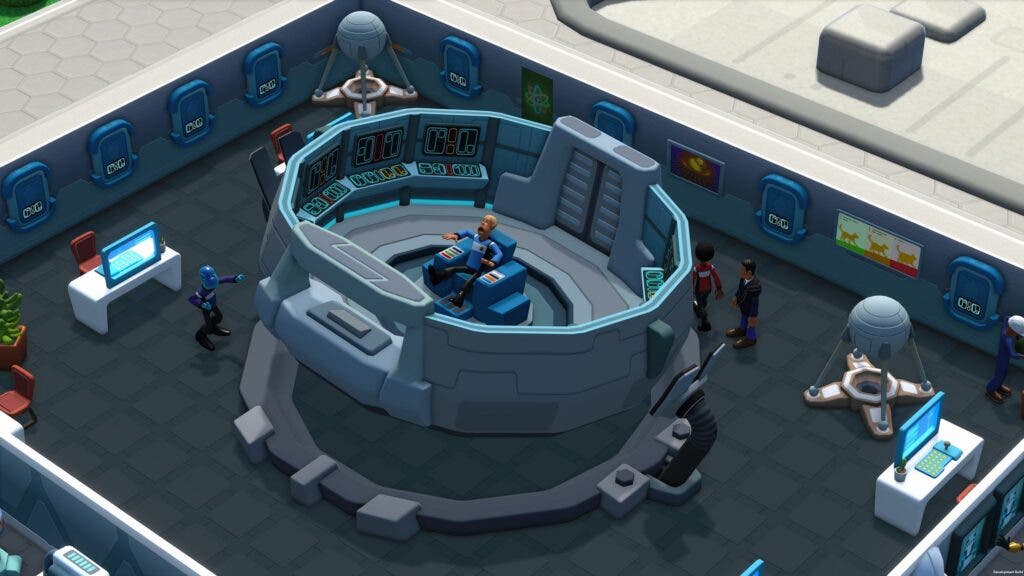 This is bolstered by the staggering six new courses for your students to attend. Astrology takes jabs at the obvious, and is anti-gravity focused. Space Academy is the titular course that every space university needs to have in it to start with. Space Knight School is a funny throwback to another level in the main game while being a fresh inclusion. It livens the game up in that these courses can be used on other areas of the game that just isn’t Space Academy focused. The zany approach to these new courses is the bread and butter that makes this DLC grilled cheese so delectable.

There’s also six new student archetypes that will be attending your university. The students follow similar aspirations as their grounded counterparts, but you could say they’re a bit more far reaching. It evens answers if you can love in space. These students will have their own requests that are astronomical, but you’ll always find a way to satiate their demands. 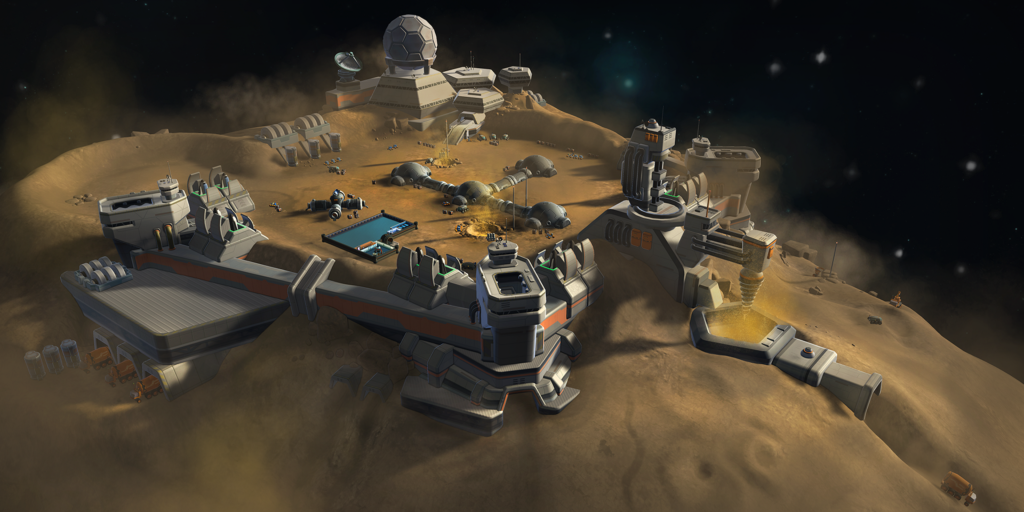 Captain Yesterday has invented the Time Tourism Club that would have Doc Brown exclaim “Great Scott!”. It’s just so fun to watch everything happen for the first time to you, and your students. There’s also three new events to schedule for the students, with: Sci-fi Conventions, Space Battles, and even a worldly act. In designing the rooms for learning or relaxation, there’s space-themed items to match. The aesthetic that offers all-new assets and nothing repeated from the core game.

All of the core Two Point Campus‘ systems remain: school years, cash and kudosh, student happiness, and so on. The DLC does require familiarity with the game in order to do well here, so it is worth playing through the first four levels anyway. You’ll have to maintain a budget and be conscious of what the academy needs in order to retain students so you can watch them graduate. 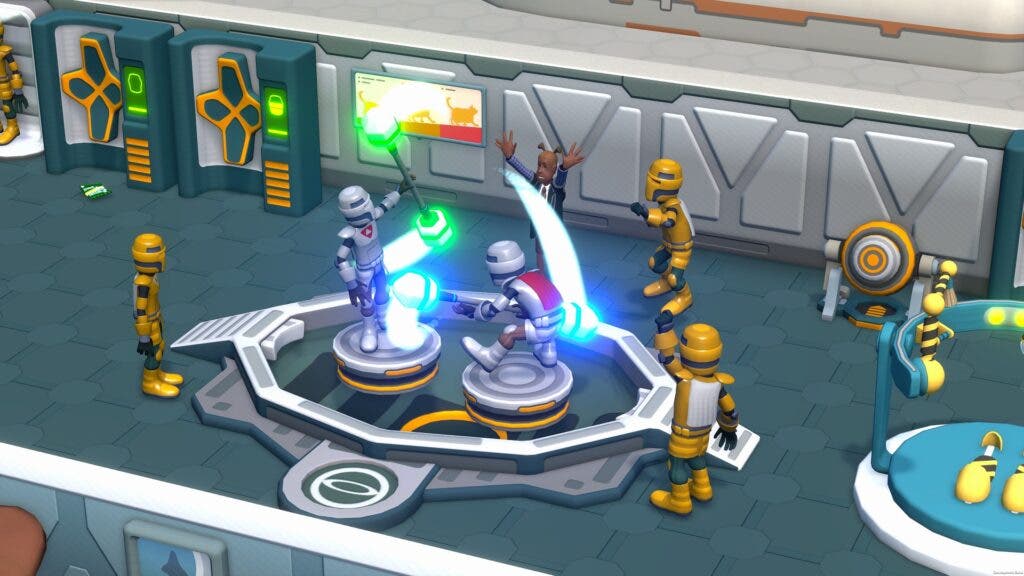 Two Point Campus is a good game, only made better through the Space Academy DLC, a substantial addition. Space is generally pretty serious, but the folks at Two Point Studios infused their wackiness into it that elevates it to new heights. The new levels here make it feel like this is a different game at times, offering a degree of cohesion not seen in the game before now. Two Point Campus: Space Academy is out of this world good, an essential add-on for all would-be school administrators who “keep their eyes on the stars, but their feet on the ground.”