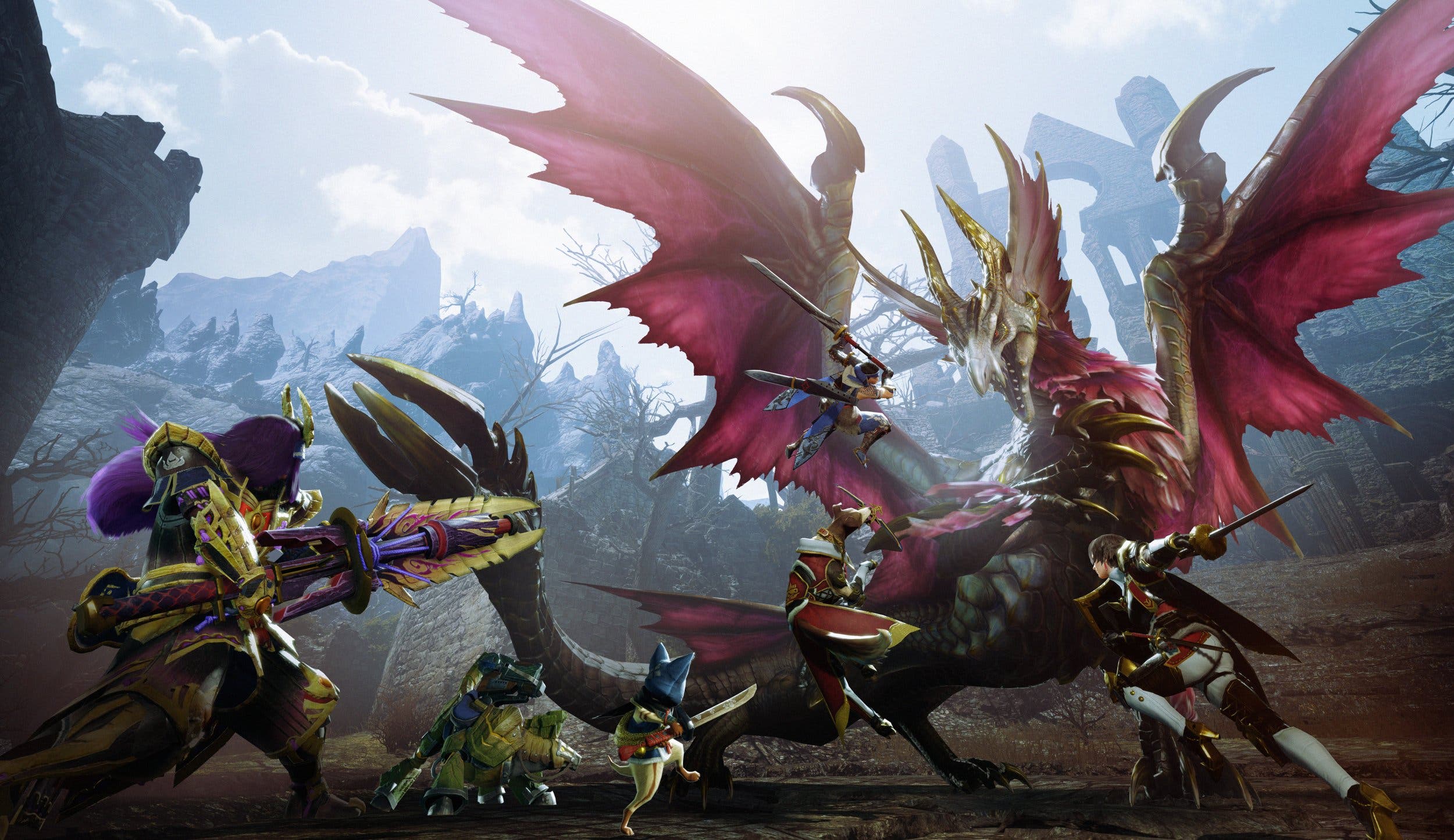 When Monster Hunter Rise was released on the switch in 2021, it proved beyond a shadow of a doubt that the new model of Monster Hunter following World’s footsteps could work (and fit) on a handheld platform. This wasn’t necessarily a huge surprise given the series long running string of releases on Nintendo’s various handheld devices over the years, but it was an incredibly successful refinement of the formula that leant itself well to shorter play sessions, and it took yet another big step toward making the onramp for new players even more approachable than ever before. Really the only potential issue with Rise was its length, and the fact that it left fans wanting more when the campaign ended on a fairly obvious open note. Rise’s Sunbreak expansion delivers a host of new content to satisfy players, where the story will have you departing Kamura and sailing across the sea to Elgado Outpost to take on the Three Lords, a terrifying trio of super powerful new monsters that are causing widespread chaos and threatening the safety of the area.

Sunbreak expands the available content in rise with the addition of 17 monsters in total, most of which are returning from previous games in the series, but four are completely new in this game and offer their own hefty challenges. There are also two new areas to take on your hunts: the Jungle, rife with endemic life and lush environments, and the Citadel, a dilapidated old castle surrounded by snowy peaks, a formidable swamp, and menacing forests. You’re also free to return to Kamura once you’ve advanced far enough in Sunbreak’s story, making the total number of areas and monsters available to you significant. The addition of new switch skills for all of the 14 weapon types, and a new skill swap option that allows you to hot swap switch skill loadouts in the middle of the hunt make for even more dynamic encounters, and can be particularly helpful if you like varying your tactics with your favorite weapon, as well as making it easier to take on multiple monsters in the same hunt that may require different approaches.

The monsters added to Sunbreak are fairly challenging in their own right, so much so that the first few hunts can feel pretty tough regardless of how powerful your gear is, although admittedly that may be more to do with the time gap between when I finally set Rise down last year and when Sunbreak was released this Summer. Still, there is unquestionably more/new challenge added with Sunbreak and the scope of the content on offer is really impressive, plenty to justify the expansion’s $39.99 price tag. The new areas are exciting to explore and feel very different from Rise’s base set of locales, and the strategies you’ll need to employ while hunting in them help make Sunbreak feel really fresh. As with Rise itself, the biggest thing Sunbreak has working against it is the constraints of the Switch’s hardware. It would be really amazing to see a more detailed, higher fidelity version of the world Sunbreak (and Rise in general), but it is still really impressive that the game runs at a fairly steady 30 FPS given the scale of what’s on offer. It still feels large and epic and alive while you’re climbing tiers of vine-covered areas or investigating cave systems in the Jungle. The really big feat of course is still that all of this has been crammed onto the Switch in the first place, and that it’s so easy to pick up and play. If you played and enjoyed Monster Hunter Rise, Sunbreak is an easy recommendation that further expands upon and deepens the base game in meaningful ways. There’s loads of content on offer here that will keep you busy for at least 30 hours (and well beyond that if you’re the type of player who wants to pursue weapon and gear upgrades). Sunbreak delivers in every way and is an absolute delight to play, and it’s a must-own for fans of Monster Hunter Rise who are looking for the next chapter in their journey.