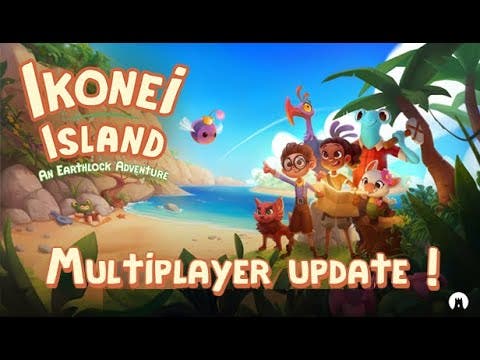 In Ikonei Island: An Earthlock Adventure players set out on a wholesome quest across a mysterious island, where they gather resources, farm the land and unravel its secrets. Now players can team up with up to three friends to share the experience together.

Ikonei Island: An Earthlock Adventure is a top-down exploration game set on an idyllic island where players will craft tools, farm resources, and explore the hidden secrets of Ikonei Island. Offering a casual and relaxing experience, solo or with friends, players will be able to make the island their own and grow their settlement from dilapidated ruins to thriving hamlet whilst traversing a colourful world full of dangerous pirates, enchanting animal companions, and friendly neighbours. Players will be guided through a mystical story which ties into the wider Earthlock RPG series.