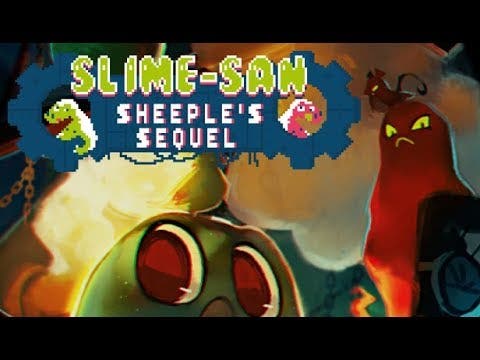 Slime-san is getting another major and free DLC, titled “Sheeple’s Sequel” – releases on Steam February 5th

He is convinced that everything’s just part of a giant videogame and that he was coded to simply be a side-character. Which is why he decided to recode himself to become the villain instead… Can you defeat his nefarious levels and come out of it unscathed? Good luck!

Slime-san’s second DLC Slime-san: Sheeple’s Sequel will be available on Steam by next Monday (5th February). Just click to check it out now.

Like the first DLC, this will be a FREE update to everyone who owns Slime-san, however, you can also individually purchase Sheeple’s Sequel for $4!

In other news… Slime-san on the Nintendo Switch will soon receive its first DLC as well and the Xbox One & PS4 releases aren’t far away either!