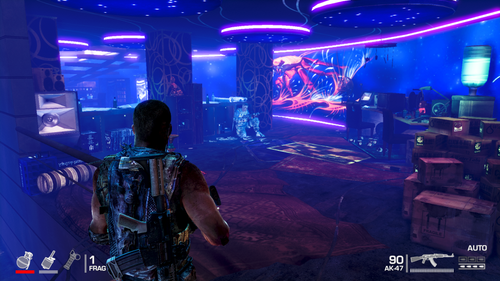 The idyllic city of Dubai, resting between the Persian Gulf and sand is not a likely place to be sieged by a sandstorm. But the biggest sandstorm ever recorded has hit the United Arab Emirates in Dubai, and the 33rd Battalion (nicknamed “The Damned 33rd”) are sent in to help with rescue and evacuation efforts. Only, they’ve disappeared too due to another major sandstorm. Delta Operatives Walker, Lugo, and Adams are sent in to assist. Playing as Captain Walker, you lead the charge.