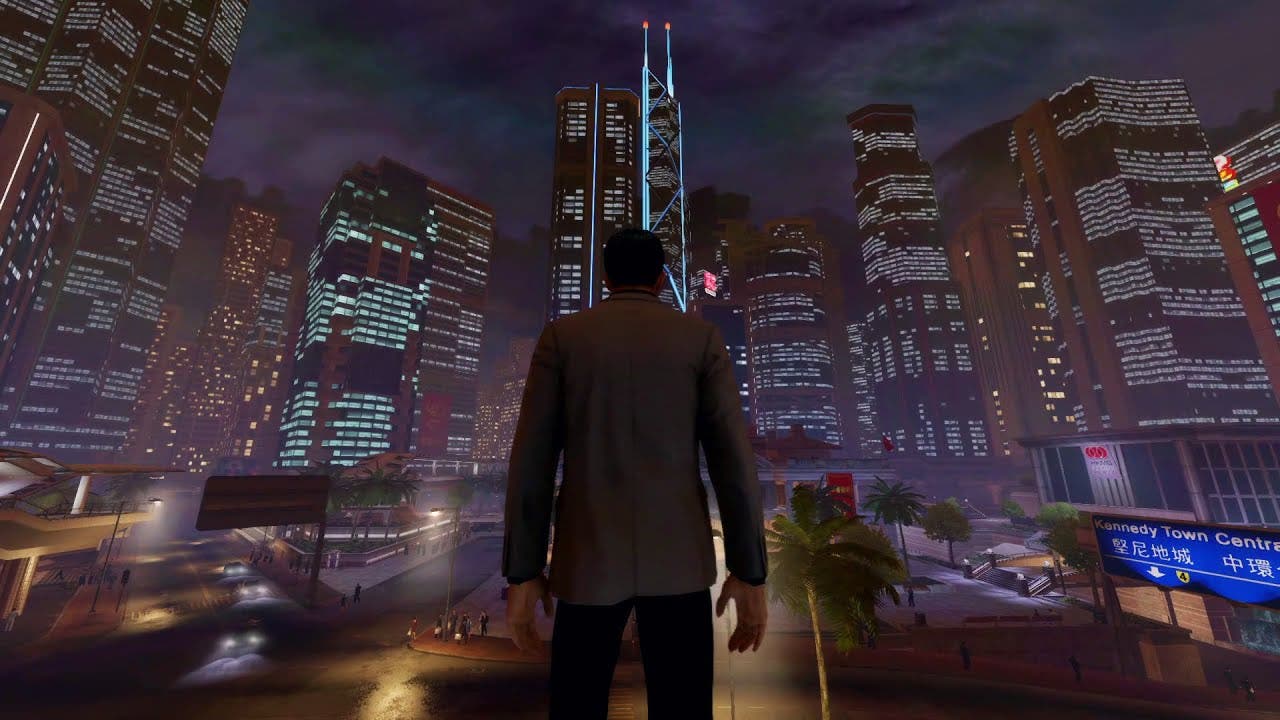 Sleeping Dogs: Definitive Edition trailer gives you the “101” on the game 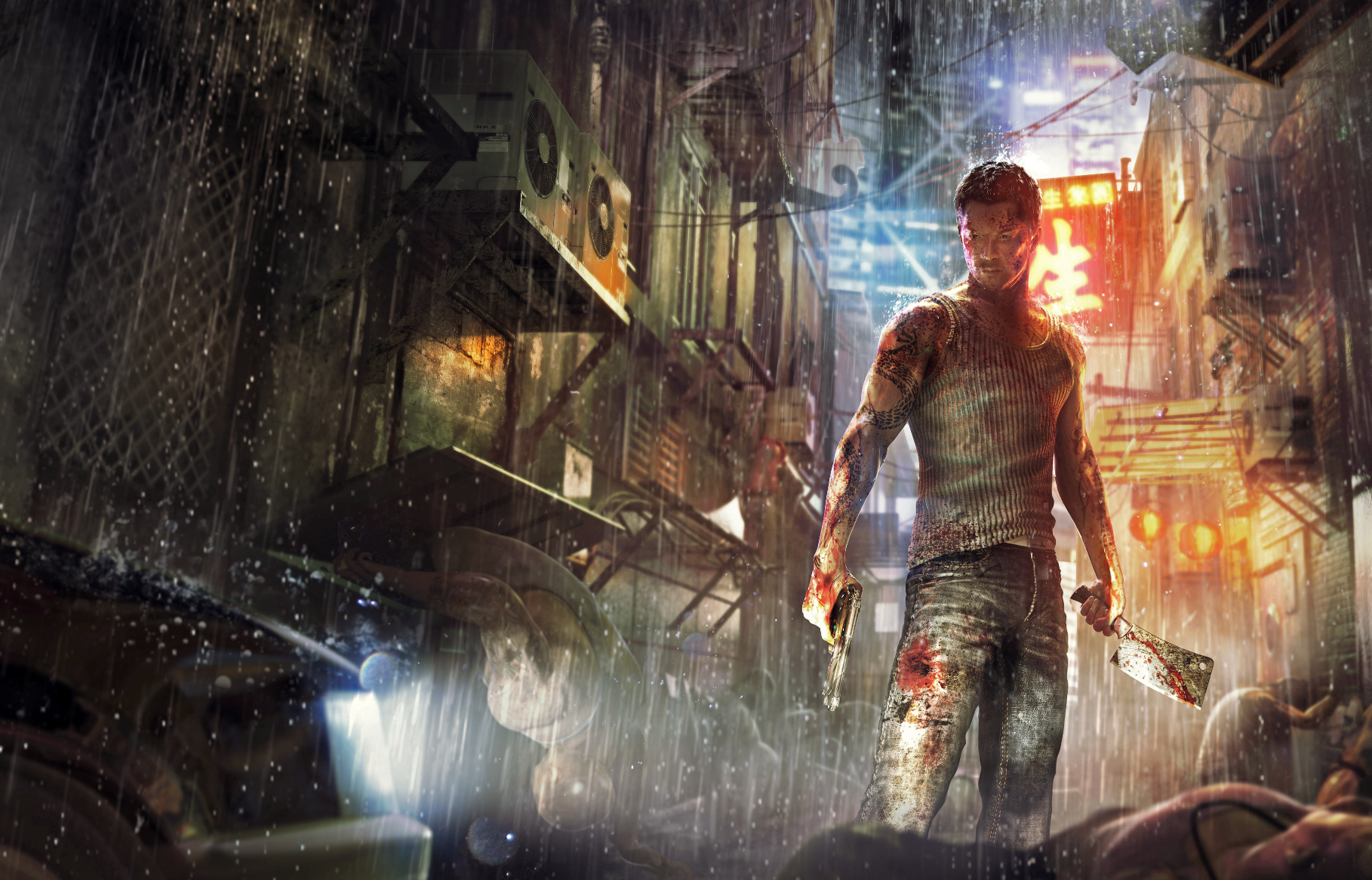 Available for download today, the Year of The Snake add-on pack extends the story of Sleeping Dogs, with a series of all-new, action-packed police missions set immediately after the main game. The Year of the Snake features four new Achievements/Trophies and will be available for the Xbox 360® video game and entertainment system from Microsoft, PlayStation®3 computer entertainment system and Windows PC, priced at 560 MSP / $6.99.

The Year of the Snake sees Wei Shen’s story continue as he rejoins the ranks of the Hong Kong Police Department, only to be caught in chaos. A vicious doomsday cult is taking root in the back streets of Hong Kong… the Cult of the Snake. Hell-bent on cleansing the city of its evils, they cannot be negotiated with as they pursue a murderous path to their righteous salvation.

Wei must enter a race against the clock in an explosive countdown to midnight and bring the cultists to justice before the arrival of Judgement Day. With an arsenal of weapons – including a tear gas launcher and an electroshock pistol – new outfits and abilities, Wei aims to earn back his honor with the HKPD by sabotaging the cultists’ plot to bomb, terrorize and subdue the citizens of Hong Kong.

Through several missions and optional activities, Wei will track down the Cult of the Snake’s leader and personally show him that the world is not about to end for anyone but him and his followers.

Packs will be available to download throughout the Holiday Season from Xbox LIVE, PlayStation Network and Steam. More information including on-sale dates and pricing will be made available at www.sleepingdogs.net.

Featuring five pre-order packs in one, the huge Dragon Master Pack is the ultimate collection of killer content for Sleeping Dogs. Each of the below packs are included, also available to purchase separately:

In life, Big Scar Wu was one of Hong Kong’s most ruthless triad gangsters. Feared as much by those who stood against him as those who stood by him in the Sun On Yee, it was decided by the Grand Dragon that he must be stopped. Looking to send a message, they had him stabbed 42 times before feeding his bleeding corpse to the grinder at the Smiley Cat cat food plant… his final resting place, in the food bowls of the city’s pet cats. It is said that if the wronged receive anything less than a proper burial, their spirit will almost certainly come back as a Hungry Ghost, damned to starve in the afterlife, feeding only on their hatred. You turn him into cat food and that’s pretty much guaranteed.

Now, Hell has a sense of humour. When Big Scar Wu arrived in the underworld and word spread of his demise, they renamed him Smiley Cat, much to his chagrin, with the name fuelling his bitterness with every utterance and driving his thirst for revenge. Rising from Hell and vowing to exact his revenge, Smiley Cat has raised an army of Jiang Shi, vowing to destroy the Sun On Yee and to create Hong Kong’s most fearsome criminal empire.

With the city in chaos and its citizens possessed, Wei Shen now faces a challenge far more sinister than any before. To save Hong Kong, he must seek out the most powerful of Chinese magic, endowing him with a power strong enough to take on Smiley Cat’s army of Jiang Shi and face-off against the ghosts of Triads he has defeated in the past, sending the dead back to Hell once and for all.

Nightmare in North Point will be available this Halloween, Wednesday, October 31st. Available to download from the PlayStation Network, Xbox LIVE Marketplace and Steam. 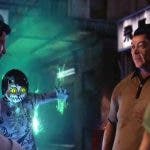 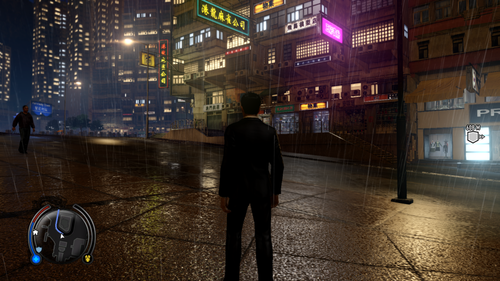 Available in-game from launch, players browsing protagonist Wei Shen’s safehouse wardrobe will gain access to a unique new player outfit… a Just Cause 2 clothes set. Featuring Rico Rodriguez’ trademark look, players stepping out onto the streets of Hong Kong dressed as the King of Chaos will gain a distinct boost to their action hijack ability, allowing them to perform stunt-style takeovers of enemy vehicles from an even greater distance.

This exclusive Just Cause 2 clothes set will be available in-game from launch across all formats upon detection of a Just Cause 2 game save on the machine’s hard drive.

Producer Dan Sochan narrates a complete mission in the game, explaining down the systems in Sleeping Dogs and showcasing the game’s best-in-class combat.

After buying True Crime: Hong Kong from Activision and changing the name, the game is almost finished for release. The demo is in full from a recent trailer and features on foot combat and chasing trough crowds and facing multiple enemies and using the environment around you to aid in defeating enemies. Once you beat the boss, the demo ends. Really short. I think being able to be a really free form melee fighter in a third person game brings something fresh to not just be a typical action game or brawler. There was no driving seen in the trailers for this demo, sadly.

There’s a lot of blood, gore, and violence here that would make Grand Theft Auto blush.

The world of Sleeping Dogs is one loaded with possibilities and divergent play. Players traverse a sprawling open world via multiple vehicles including cars, motorcycles and boats, engage in brutal combat through the game’s deep hand-to-hand and firearms systems, and explore the gritty triad underbelly that resides behind Hong Kong’s glittering façade.

To help outline what players will encounter in game, we present our “Sleeping Dogs 101” trailer – a comprehensive video summary narrating and showing the key features in the game.

A deep array of combat moves and upgrades awaits Sleeping Dogs players who step into the shoes of undercover cop, Wei Shen. New bone-crunching kicks and devastating combos unlock as players earn face amongst their peers and respect from those who would challenge them. In Sleeping Dogs, the city itself doubles as an arsenal of deadly weaponry as real-world items from phone booths to TV sets, engine blocks to combat fish deliver a vicious and violent end to all who stand in your way.

Square Enix London Studios, a part of Square Enix Europe, today announced its partnership with highly acclaimed mixed martial arts (MMA) champion Georges St-Pierre to collaborate on the development of Sleeping Dogs. St-Pierre, known to his legion of fans as “GSP”, has been working with Square Enix and United Front Games on multiple elements – including combat – in Sleeping Dogs, a gritty open world cop drama set in the vibrant city of Hong Kong.

“Working with Square Enix has been an incredible opportunity,” said St-Pierre. “I’m really impressed to see how the hand-to-hand combat in the game is shaping up – it’s been a great experience being involved.”

St-Pierre is working on an ongoing basis with Sleeping Dogs, consulting on elements in the game as well as sharing insights with the public on the game’s progress. Stay tuned for more detail.

“When it comes to professional fighting, names don’t get much bigger than GSP,” said Square Enix London Studios general manager Lee Singleton. “We are thrilled with the expertise that GSP brings to Sleeping Dogs”

Take high performance driving to the limit as over 65 vehicles become your tools to take-on the streets and waterways of Hong Kong. Participate in illegal street races where money, girls and status are high-stakes rewards, taking on your challengers with expert driving and precision-placed ramming, sending any and all rivals into a well-timed spin. Let no criminal escape your relentless pursuit with high-speed action hijacks, leaping from vehicle to vehicle, or intense high-speed gun battles direct from the driver’s seat. In Sleeping Dogs, the streets are yours to take… how you get there is up to you.

Join the team at United Front Games for a behind-the-scenes look at Hong Kong, one of the most vibrant and incredible world cities and the setting for Sleeping Dogs. A fusion of cultures, a bridge between East and West, Hong Kong offers players the perfect playground for one of the most exciting and incredible open world games.