As “Gears of War 3” Horde Mode devotees around the world celebrate today’s launch of the “Horde Command Pack,” Epic Games and Microsoft are giving thanks to the entire fan base with the announcement of the “Versus Booster Map Pack,” available for free on Xbox LIVE Marketplace on Thanksgiving Day – Nov. 24.

The “Versus Booster Map Pack” will feature five explosive maps available in public matchmaking playlists – two favorite maps from “Gears 1,” Swamp and Clocktower, as well as Azura, Rustlung and Blood Drive from the “Horde Command Pack.”

While the “Versus Booster Map Pack” will unlock five new multiplayer battlegrounds for public matchmaking, those who purchase the “Horde Command Pack” (or access it through the “Gears of War 3” Season Pass) will still have exclusive access to the pack’s Horde fortification upgrades, new playable characters like Bernie Mataki, Big Rig Dizzy and the Onyx Guard, as well as the Team Plasma and Jungle Camo weapon skins. To give players a sneak peek of the multiplayer mayhem, Epic Games released a new trailer for the “Horde Command Pack,” available today on the Xbox LIVE Marketplace.

With Epic and Microsoft continuing to roll out the big guns with three game add-ons to carry fans through 2011, there’s never been a better time to grab a copy of “Gears of War 3” and jump into the action on Xbox LIVE. Don’t miss any of the action and purchase the “Gears of War 3” Season Pass for 2400 Microsoft Points, which entitles you to the first four game add-ons for a discount of more than 30 percent! Stay tuned for additional announcements as the battle rages on in 2012 with more game add-ons coming next year. 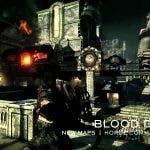 Delivers more than three hours of new campaign gameplay set in a storyline that precedes the events of the first “Gears of War,” as well as six new multiplayer characters, the Chocolate Weapon Set and new Achievements worth an additional 250 Gamerscore – along with the ability to play as Zeta Squad, elite Locust enemies, or RAAM, one of the series’ most legendary Locust bosses.