Being billed as “A Gamer’s Game” comes the announcement of Tom Clancy’s Ghost Recon Commander, a Facebook game: www.facebook.com/GhostReconCommander. It is an approachable Ghost Recon game from developer, Loot Drop. In the game you develop your own “Ghost” and work a team to accomplishing objectives, earning unlocks and guns.

• Gamer on the Go: Players have the ability to pick-up where they left off in Tom Clancy’s Ghost Recon Commander; it doesn’t matter if they’ve been away from the game a day or an hour, not constrained by time

• Customization: Ghosts can be upgraded and customized with state-of-the-art weaponry, armor and near-future gadgets.

• Asynchronous Co-Op: Players will be able to have friends join them on missions or offer themselves as mercenaries for hire. 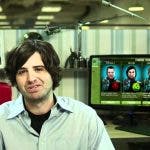