DARK SOULS: Artorias of the Abyss DLC Announced for Consoles

Leading videogame publisher, NAMCO BANDAI Games America Inc., today announced the Dark Souls®: Artorias of the Abyss downloadable content (DLC) pack for Dark Souls®, the critically acclaimed action role-playing game (RPG) developed by FromSoftware. The DLC pack will be available this winter in North America for the Xbox 360® video game and entertainment system from Microsoft through Xbox LIVE® for 1200 Microsoft Points and on the PlayStation®3 computer entertainment system through the PlayStation®Network for $14.99. Dark Souls®: Prepare to Die™ Edition for PC will be able for purchase in North America through Steam and Games for Windows® — LIVE beginning August 24.

Dark Souls: Artorias of the Abyss for consoles and Dark Souls: Prepare to Die Edition for PCs will include sprawling new maps and environments, new boss characters, enemies, non-player characters (NPCs), an arsenal of new weapons and armor and additional challenging content for stalwart heroes to face as they return to the deadly world of Lordran. Players will also experience an untold chapter in Dark Souls. Darkness born in the forests of Oolacile is expanding and engulfing the kingdom and all of its people. Only the strongest players will be able to stop the spread of darkness.

Both titles will include an online match-making feature that creates one vs.one, two vs. two and four-player battle royale scenarios; allowing gamers to showcase their skills against other Dark Souls players around the world.

“Dark Souls fans are a highly determined group of gamers, they’ve earned their stripes through countless melee encounters and challenging boss battles; releasing new content with Artorias of the Abyss will extend their adventures even further,” says Carlson Choi, Vice President of Marketing at NAMCO BANDAI Games America Inc. “NAMCO BANDAI has also been actively listening to the PC community and we are excited bring Dark Souls: Prepare to Die Edition to PC gamers via Steam and Games for Widows Live.”

The tense dungeon crawler, dragon brawler, features fearsome enemy encounters in an intertwined world full of extreme battles, rewarding challenges, nuanced weaponry and magic, and the flexibility to customize each character to suit any desired play style. The innovative online component allows gamers to draw from the collective experience of the Dark Souls community as they either help or sabotage each other on the journey through the world of Lordran to save the land from darkness. With a massive, open world design, Dark Souls encourages deep exploration and an adaptable gameplay experience. 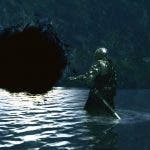 dark souls artorias of the abyss