First revealed in March 2013, World of Tanks Blitz is Wargaming’s first project for smartphones and tablets. The game amassed over 150,000 applications within the first week of Closed Beta Signup and entered soft launch in Nordic countries on May 5, 2014. During soft launch, World of Tanks Blitz received an average score of 4.5 on the App Store, climbed to Top 3 Overall in that region and saw an average of 70 minutes spent in game by every player.

“We are thrilled to finally give players a release date for World of Tanks Blitz,” said Andrey Ryabovol, Director of Global Operations at Wargaming. “Following the successful soft launch, we are now putting final touches on the game. We’re really excited about how well World of Tanks Blitz has turned out and can’t wait for players to get their hands on it and engage in tank combat wherever they may go.”

At launch, World of Tanks Blitz will feature over 90 legendary armored vehicles from USA, Germany and USSR, ranging across four classes: agile light tanks, well-rounded medium tanks, powerful heavy tanks and long-range focused tank destroyers. Players will compete in 7vs7 PvP battles and team up with friends to research and unlock new vehicles, each with unique combat characteristics. 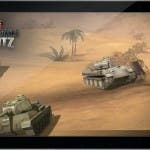 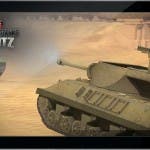 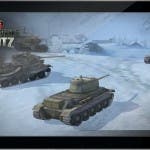