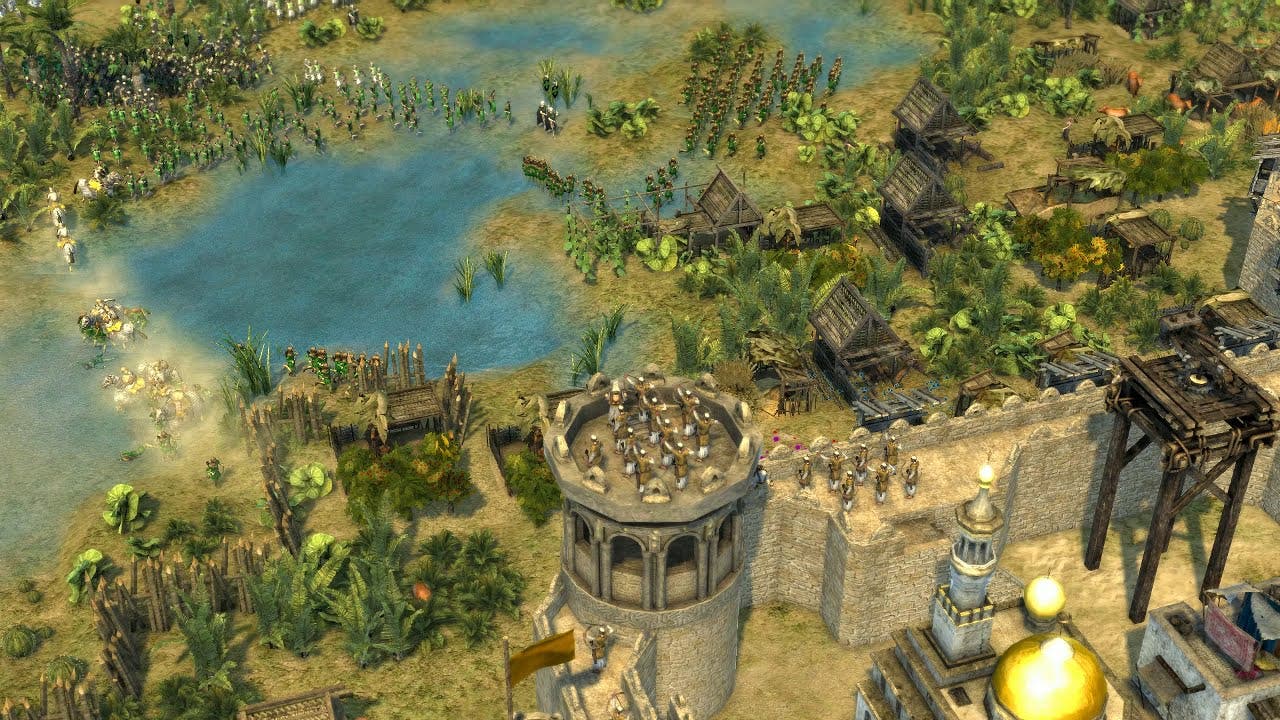 Stronghold Crusader 2 shows the return of The Wolf

To celebrate the opening of pre-orders for medieval siege-em-up Stronghold Crusader 2, Firefly Studios has released a new gameplay trailer featuring the return of series antagonist The Wolf. Firefly also made the announcement in a news post on the official Stronghold Crusader 2 website, which can be read in full at http://www.strongholdcrusader2.com/.

“Today we have a trio of announcements to make: Pre-orders are now open, there is a brand new trailer of the game at beta stage and The Wolf will return! The team was in agreement that it simply would not be a Stronghold game without a certain lovable medieval psychopath and, while he won’t be the focus of the story this time around, The Wolf will be big part of the game.

The Stronghold community has requested a number of different features over the past year and although we cannot implement each and every one there are certain things that make a Stronghold game. The Wolf is the kind of character that Stronghold players love to siege. Who are we to take that away from them?”

Fans who pre-order the upcoming castle sim on Steam, the Humble Store, Amazon, GetGames and other digital retailers will be rewarded with the following bonuses:

These pre-order bonuses are also on offer to those who opt for the digital Special Edition, which includes the following:

Stronghold Crusader 2 is scheduled for release on September 2nd 2014. Currently in closed beta, the game can be pre-ordered on Steam: http://store.steampowered.com/app/232890/