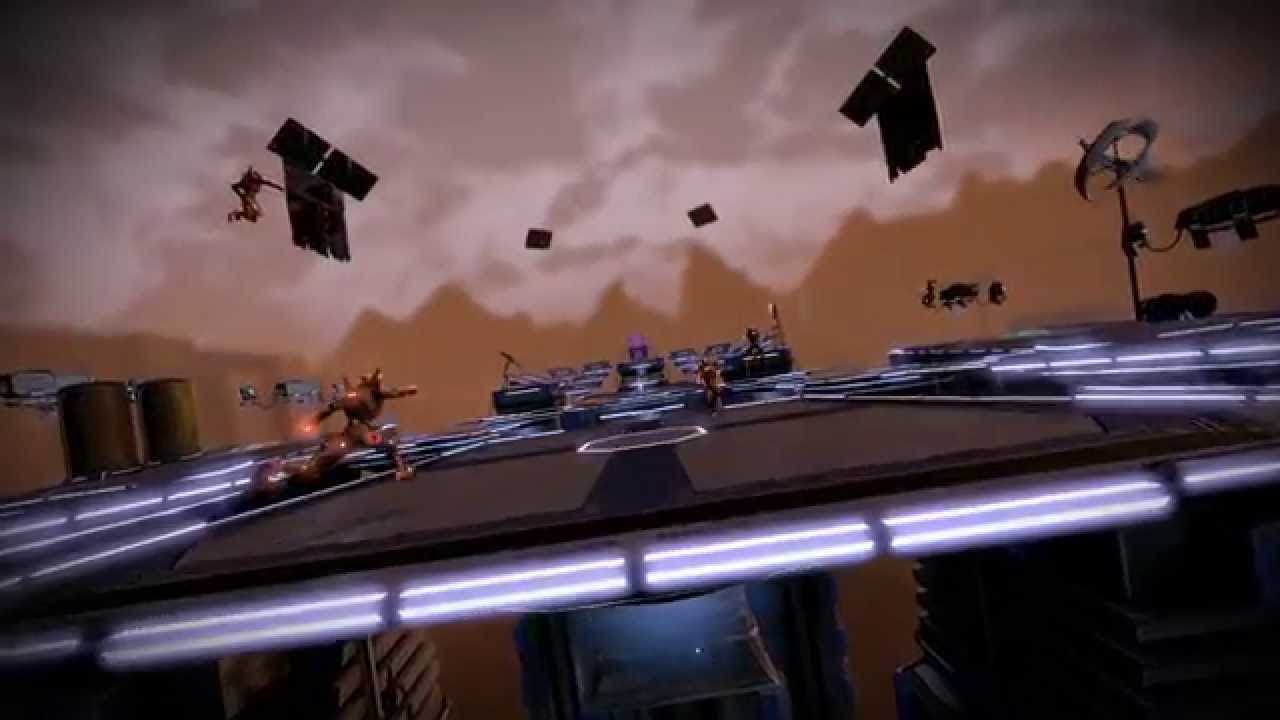 The developers with the best name ever, Dead Shark Triplepunch, announced their award-winning, online multiplayer arena sports game Epigenesis is now available for PC on Steam for $9.99: http://store.steampowered.com/app/244590/ with a 15% launch discount this week. Epigenesis is a futuristic FPS ball game in which two sides are locked in an epic, never-ending fight for world-domination by playing ball.

In this non-lethal ballgame of the future, players leap across platforms suspended high up in the air trying to get a ball located in the middle of the arena and score goals against their opponents. Each player carries a gravity cannon capable of pushing enemies (and friends) down from the heights of the arena. When a player scores, he receives a genetically modified super-seed and gets the opportunity to plant it onto a platform to capture it. Players capture and construct a node system from their goal post to their opponents. If that doesnt happen by the time the clock reaches zero, the team with the most goals wins!