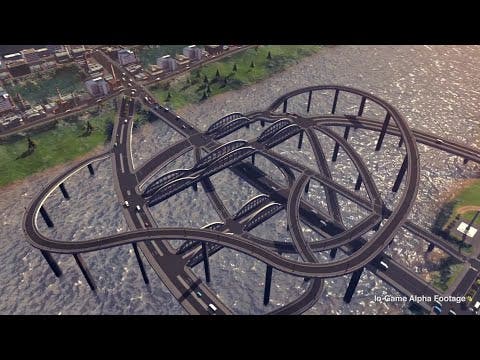 Paradox Interactive revealed at Gamescom today an all-new city-building simulation game, Cities: Skylines, which will be coming to Windows, Mac, and Linux PCs in 2015.

Developed by Colossal Order, the simulation virtuosos behind the Cities in Motion series, Cities: Skylines pulls players out of the public transportation offices and grants them the power of true urban planning and development. From zoning to building, from utilities to beautification, and from taxation to outreach, players of Cities: Skylines will have total control in endless sandbox gameplay across massive maps – all with extensive built-in mod support.

Paradox and Colossal Order invite players to create the cities of their dreams in Cities: Skylines, a massive city simulator from the creators of the Cities in Motion series. Vast backdrops and maps provide players with countless ways to improve and expand their cities, building from humble beginnings up to beautiful, cloud-hugging structures and unique architectural marvels.