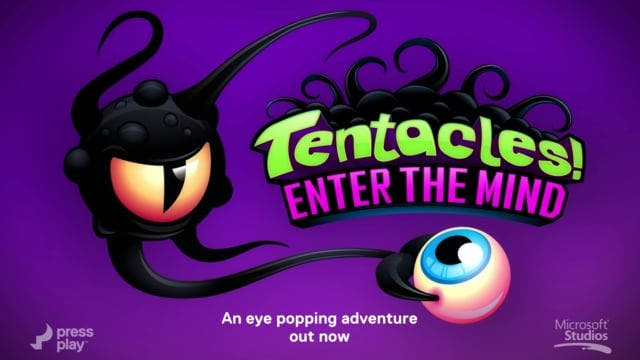 Tentacles: Enter the Mind releases for Free on Windows 8 devices

Copenhagen-based studio Press Play, the creator of Max: The Curse of Brotherhood, have released their next game, Tentacles: Enter the Mind, for Windows Phone and Windows Store, in all countries. The game is the sequel to the award-winning Tentacles: Enter the Dolphin and builds further upon the same innovative gameplay mechanic.

Tentacles: Enter the Mind  is another chapter in the crazy story of Dr. Phluff and his tentacled mascot, Lemmy. In this full 3D installment, embark on a journey inside the mad Professor to take out the creatures that have overtaken Phluff, progressing through the many layers of his mind from Super Ego to Paranoia.

“After releasing Tentacles: Enter the Dolphin, we realized that we were far from done with Dr. Phluff and Lemmy. Ideas for bringing the core mechanic into a 3D world kept swirling around and we couldn’t not try them,” Creative Director Ole Teglbjærg explains. “What I am most proud of is the core movement mechanic. I just think there is something truly fascinating about eating eyeballs and moving around with tentacles.”